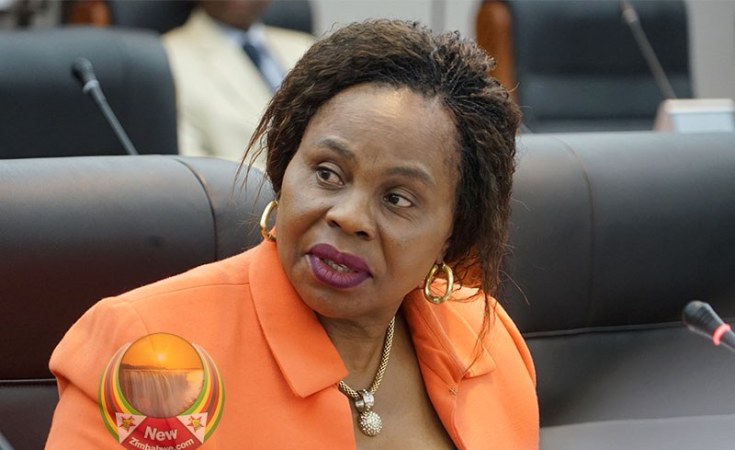 Information Minister Monica Mutsvangwa and the Zimbabwe Media Commission (ZMC) chairperson, Ruby Magosvongwe have pleaded with journalists to write positively about the country and the SADC region.

The two officials made the remarks while commenting on the front cover picture of the Media Institute of Southern Africa's (MISA) recent publication on the state of journalism in the SADC region.

The cover page of the publication depicts a Zimbabwe female journalist - Ruvimbo Muchenje - being ordered into the back of a police truck by anti-riot police officers at the Morgan Richard Tsvangirai House in Harare.

Titled; 'The State of Press Freedom in Southern Africa,' the publication lays into the Zimbabwean government over its reluctance to deal with the harassment of journalists between 2019 and 2020 when the research for the publication was conducted.

"Is that characteristic of the environment that we have obtaining across Southern Africa? What does that tell us about reporting and press freedom in Zimbabwe and Southern Africa at large?" said Magosvongwe.

"As journalists, we do have liberties, but we have the responsibilities to make sure that the story that we tell enhances the good of the country. We do have a duty, responsible as journalists as we couch our stories to take stock of the effects of some of the packaging that we use when we tell our stories, as we tell the Zimbabwean story.

"How conducive is it? How constructive is it when it comes to building the trust that we are looking to promote? That is an independent position not representative of the ZMC. I am an academic and I am raising this in my own capacity as an academic."

Also commenting on the front cover picture, Mutsvangwa again pleaded with journalists to consider the articles they publish as they have a bearing on the country's image internationally.

"Surely does it give a positive message about our region? Is it really balanced reporting? Are we doing justice as Zimbabweans because this is our country together?" she said.

"As journalists, you are the people who build the reputation of our country and region. When we talk, write about our own country, we should keep in mind that we will be judged by what people hear and read about our country. Let us be balanced in our reporting."

However, in response the Media Institute of Southern Africa (MISA) Zimbabwe director, Tabani Moyo said there was no ulterior motive to the publication's front cover picture as it was simply documenting the harassment on journalists, especially during the Covid-19 pandemic period.

He said 52 journalists in Zimbabwe were affected between 2019 and 2020 with the number going down to only five in 2021 due to several engagements with law enforcement officers and the Information Ministry officials.