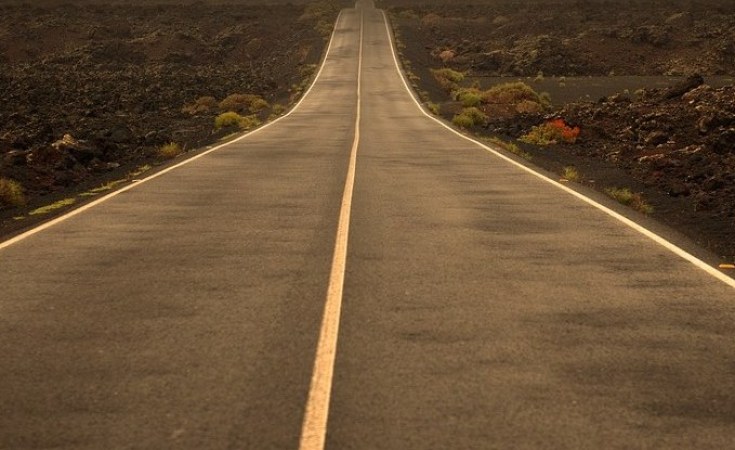 THE Government has underscored its commitment to consolidate the country's role as a regional and continental trade facilitation hub by committing to immediately start work on a 40-kilometre road stretch leading up to Chirundu Border Post.

This comes as the Japanese government has also agreed to fund a further 6,5km after completion of the first phase covering a similar distance.

President Mnangagwa commissioned the completed phase of the Marongora-Hellsgate section of the Makuti-Chirundu Road yesterday which is part of projects to improve the North-South corridor.

Coupled with ongoing projects along the Beitbridge-Harare highway, Government has set its sights on upgrading the Kazungula-Victoria Falls highway.

Speaking at the commissioning ceremony in Marongora yesterday, President Mnangagwa hailed the Japanese Government for extending bilateral aid to the country.

"When I met the former Prime Minister Shinzo Abe of Japan, I requested that they consider extending their gesture of the grant to widen the road to cover 13 kilometres," he said.

"I did not get the answer. I am happy that the Ambassador (Satoshi Tanaka) today has communicated the reply which we requested that time.

The grant, he said, was special as it came when the country was under Western sanctions for the past 20 years which had cut funding from lending and development institutions.

"Especially for Zimbabwe, for 20 years we have been under unjustified, illegal sanctions imposed by some Western countries which have denied us any lines of credit from global capital funds," he said.

"Indeed, we are grateful that at bilateral level, Japan has assisted us. Thank you Japan."

The project was one of the fruits of Government's engagement and re-engagement programme, said the President before hailing the cordial relations between the two countries.

The President said after experiencing the engineering ingenuity of the contractors and also the bad extent of the road from the completed section to Chirundu, he had directed that the remaining 40km to Chirundu be rehabilitated immediately.

"After seeing how beautiful that road is and after experiencing the bad patch from Chirundu to here (Mana Pools turn-off) I do not want to say I directed the Minister of Transport and Infrastructure Development (Felix Mhona) but I persuaded him to rehabilitate the road from Chirundu," said President Mnangagwa to wild cheers from the people gathered to witness the commissioning ceremony.

These developments, he said, fitted into intra-regional and continental ideals encapsulated in the Africa Agenda 2063 of a more integrated, united and prosperous continent.

One of the key expectations of National Development Strategy 1 (NDS-1), said President Mnangagwa, was completion of the Beitbridge-Harare-Chirundu Highway when it lapses in 2025.

To further cement progression of regional and continent-wide integration, the President said Zimbabwe had a stake in the Kazungula Bridge.

Initially, the bridge, he said, was owned by Zambia and Botswana but the Second Republic had joined the wagon.

He implored people to enjoy the good roads responsibly to avoid an escalation of accidents owing to speeding before calling on the nation to remain vigilant against Covid-19 while urging people to be vaccinated.

Ambassador Tanaka said Japan had decided to conduct a preparatory survey for the second phase of the improvement of the Northern part of the North-South corridor.

"As Your Excellency mentioned at the groundbreaking ceremony of this project in August 2019, road infrastructure is vitally important for transforming Zimbabwe from a 'landlocked' country to a 'land-linked' country," said Ambassador Tanaka.

"And this project contributes towards realising the goals of the National Development Strategy 1 and Vision 2030. In this regard, it's my pleasure to announce the latest good news in the presence of Your Excellency and Honourable Mhona today.

"The government of Japan has decided to conduct a preparatory survey for the second phase of the project for Road Improvement of the Northern Part of the North-South Corridor."

Speaking at the same occasion, Vice President Constantino Chiwenga said the project was strategic in the country's quest to facilitate smooth and unimpeded flow of traffic, people and goods along the North-South Corridor.

He said infrastructure development was one of President Mnangagwa's preoccupations since coming into office.