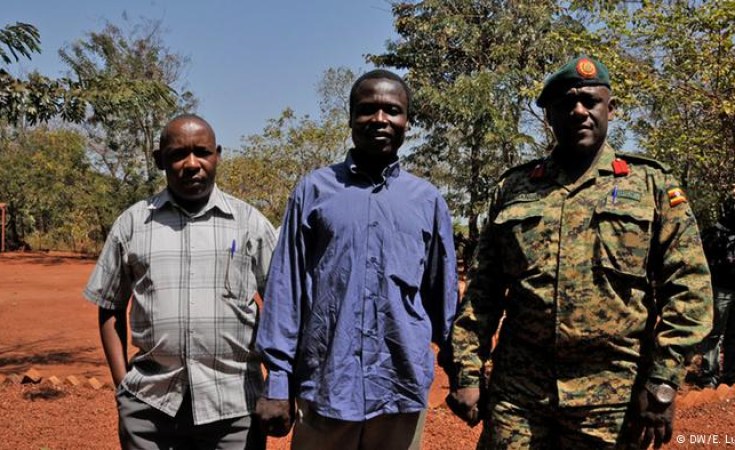 E. Lubega/Deutche Welle
Dominic Ongwen (center) in 2015, shortly before he was sent to the ICC.
Voice of America (Washington, DC)
By Halima Athumani

Kampala, Uganda — Ugandan victims of former Lord's Resistance Army Commander Dominic Ongwen are not happy about the 25-year prison sentence given to him by the International Criminal Court. One victim has called the sentence a joke.

In handing down the sentence Thursday, ICC judges said they had to consider the fact that Ongwen had been abducted and recruited into the rebel group at age 9.

The judges noted that while the former LRA commander had committed many crimes, Ongwen, too, lost family, had his education interrupted and saw his hopes for a bright future end the day he was abducted.

In February, Ongwen was found guilty of 61 charges for attacking civilian populations and committing atrocities, including murder, torture, enslavement and gender-based crimes such as forced marriages, rape, forced pregnancies and sexual slavery of young girls.

The charges and sentencing Thursday were for his role in the attacks on four internally displaced people's camps in northern Uganda between July 2002 and December 2005.

Sentence is 'not justice'

Victor Ochen, founder of the African Youth Initiative Network, a nongovernmental organization that brings together young victims of the LRA, spent 21 years in internally displaced people's camps in the Acholi region. He argued that the sentence was not sufficient punishment for the former LRA commander.

"It is not justice, because justice would mean true restoration," he said. "But of course, it's a critical step towards accountability, which is an important pillar in pursuing justice. Twenty-five years is enough to keep him away, so that by the time he comes out, most of the direct victims could have died. So to me, I find it a bit problematic. It is simply a joke."

James Okello from Odek village in Gulu District said he lost two relatives and property during the LRA war. He said he thought Ongwen deserved life in prison.

"This thing, it's not fair," he said. "If you kill one person from our Uganda here, they can put you [in prison] for 40 years. But Ongwen killed very many people. How can he get 25 years only?" 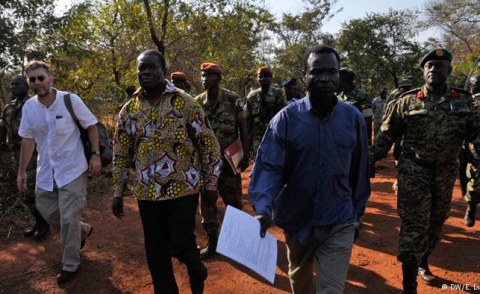 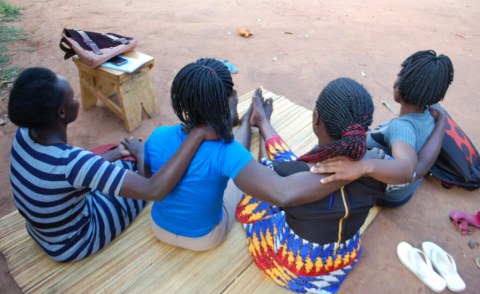 Ugandan Rebel Leader Ongwen's Ex-Wives Make Family of Their Own
Tagged:
Copyright © 2021 Voice of America. All rights reserved. Distributed by AllAfrica Global Media (allAfrica.com). To contact the copyright holder directly for corrections — or for permission to republish or make other authorized use of this material, click here.