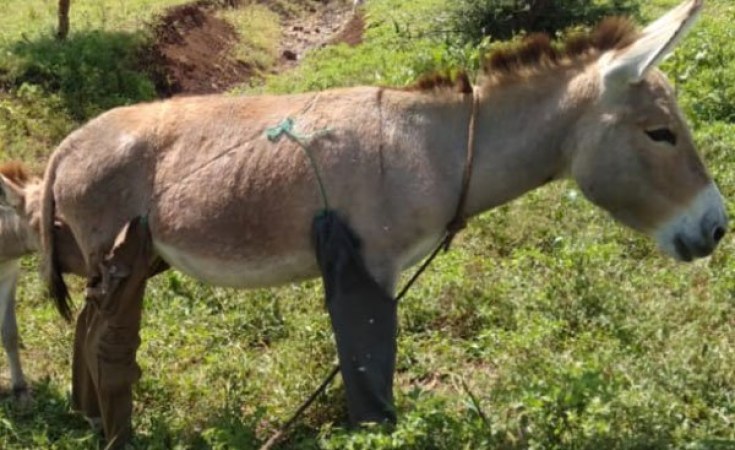 The High Court in Kenya has cleared the way for the slaughter and sale of donkey meat in Kenya.

On Thursday, the court removed prohibition for the slaughter of donkeys after the state failed to respond to an application challenging the legal notice.

"The government has failed to sufficiently defend this case and this court quashes the Legal Notice 63 of 2020 as it violates the rights of Star Brilliant," said Justice Richard Mwongo in his ruling.

He added that the state's legal notice violated the rights of Star Brilliant, the petitioner.

This was after a successful application by Star Brilliant Slaughterhouse that sought to bar Agriculture Cabinet Secretary Peter Munya and Attorney General Kihara Kariuki from enforcing a legal notice that banned the slaughtering of donkeys.

"The legal notice violates the rights of the applicant under Article 47 of the Constitution and the applicant is granted a stay to operate in light of the failure by the respondent to file back his response," he added.

In February 2020, the Agriculture CS imposed a ban on the slaughter of the beast of burden due to its dwindling numbers.

As a result, owners of Star Brilliant (Naivasha), Goldox Kenya (Mogotio), Silzha (Turkana), and Fuhai (Machakos) can continue with their operations until the suit was heard and determined.

Kenya has four abattoirs slaughtering at least 1,000 donkeys every day.

According to Brooke East Africa, an international animal welfare charity dedicated to improving the lives of working horses, donkeys, and mules, the slaughter of donkeys in Kenya is at five times the rate of donkey reproduction and fears by 2023 Kenya will have no donkeys left.

Many people in rural areas use donkeys to fetch water and firewood, raising fears that their dwindling numbers will increase the workload of women.

Kenya has about 1.2 million donkeys compared with 1.8 million a decade ago, according to government data published last week.

Munya told reporters in 2020 that abattoirs licensed to slaughter donkeys had a month to switch to slaughtering other animals - or else they would be closed.

"The policy of slaughtering donkeys for meat was not well thought out. The benefits that are brought by the traditional work that donkeys do are much more than whatever benefit you might get by slaughtering a donkey and eating the meat," he added.

The value of an adult donkey more than quadrupled in Kenya after their meat was legalised for human consumption in 2012, according to the Africa Network for Animal Welfare.

There is huge demand for donkey skin in China.

When skins are boiled, they produce a brown gelatine, which is the essential ingredient in Chinese "ejiao" products - popular health foods and traditional medicines.