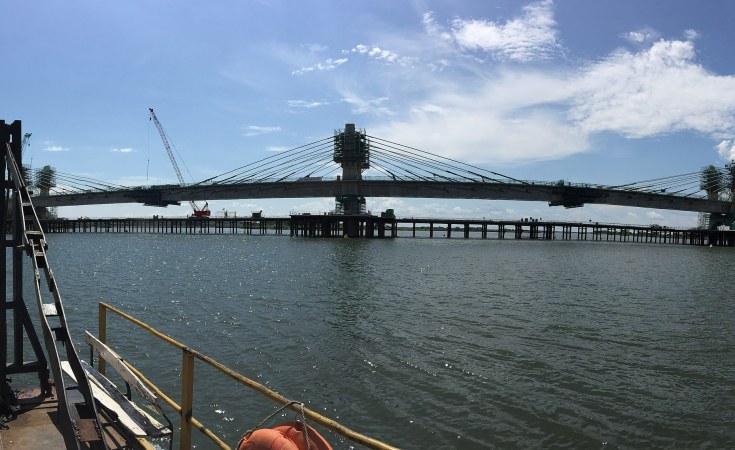 According to information shared during a preparatory meeting Wednesday, ribbon cutting and plaque unveiling will be done in the middle of the 923m long bridge while the rest of the proceedings will be conducted at the Zambian one stop border post.

Apart from the presidents of Botswana and Zambia, other Southern African Community Development (SADC) heads of state are expected to grace the occasion.

A Ministry of Transport and Communications media release explains that the project comprises the road-rail extra dosed cable stayed bridge including approach roads as well as a one-stop post on either side of the Botswana/Zambian border.

It will accommodate a planned railway line linking Mosetse-Kazungula in Botswana to Kazungula-Livingstone in Zambia.

The project, which commenced in 2014, was funded on a 50-50 per cent basis by the governments of Botswana and Zambia at a total cost of about P1.9 billion.

Two major events, a joint final inspection and the signing of a bilateral agreement for the one-stop border posts operalisation, have taken place in preparation for the opening.

Speaking during the inspection with Zambia's Minister of Housing and Infrastructure Development last October, Minister of Transport and Communications Mr Thulagano Segokgo said the bridge would facilitate trade efficiency and boost the economy.

It would also significantly reduce transit time for freight and passengers as well as improve border management operations, he said.

Minister of Finance and Economic Development, Ms Peggy Serame, who co-signed the agreement with Zambia's Minister of Commerce, Trade and Industry, Mr Christopher Yaluma last month, said the project was in line with the regional approach to development as espoused in the SADC development agenda.

She said the project would enhance development and competitiveness of the two countries' economies, improve their prospects of attracting private sector investment and create jobs.