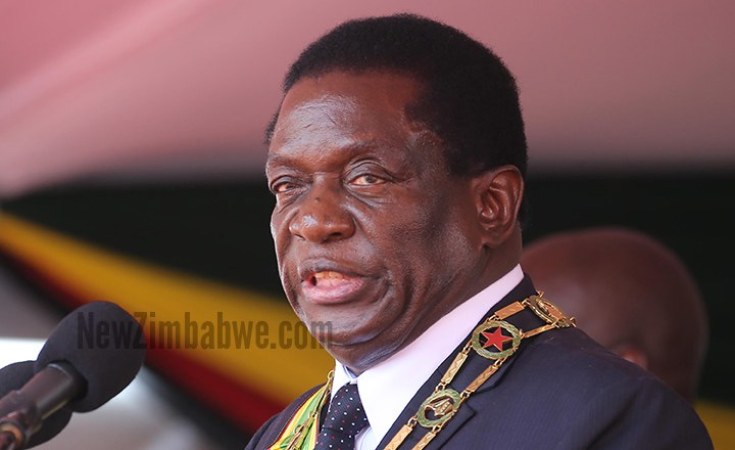 Former Deputy Prime Minister in the now-defunct inclusive government, Arthur Mutambara has predicted the Constitutional Amendment Bill No.2, recently endorsed by lawmakers, will lead to another coup in Zimbabwe.

Zimbabwe had a military-led coup in November 2017 when then-President Robert Mugabe was toppled from office and replaced by the incumbent Emmerson Mnangagwa.

Mugabe was accused by the coup leaders of neglecting his presidential duties by allowing his wife, Grace Mugabe, and senior members of the rival Zanu PF faction - G40 - to dictate the country's affairs. Mugabe died in September 2019.

However, speaking this week during an online discussion organised by civic society group, Crisis in Zimbabwe Coalition (CiZC), Mutambara accused Mnangagwa of unconditionally grabbing all the levers powers of the state through the Constitutional Amendment Bill No.2, which among other issues, removes the presidential running mate clause during elections.

Mutambara, a university professor, who has since returned to academia, said the only way to wrestle people's power back from Mnangagwa was through a coup de tat.

"What we are doing now will lead to another coup de tat. You know why? Because when the first one happened, Mugabe had these useless vice presidents, he was hiring and firing at will and one of them (Mnangagwa) left the country and engineered a coup de tat (in November 2017)," he said.

Mutambara warned that Zanu PF could further shred the entire 2013 national Constitution if there are no checks and balances.

The Constitutional Amendment No. 2 Bill sailed through Senate Tuesday with most opposition MDC-T senators voting in Zanu PF's corner to help the ruling party achieve the required two-thirds majority.

However, political analysts, the MDC Alliance, and civic society organisations have described the development as "a sad milestone for democracy", while the ruling Zanu PF party hailed it as "a momentous occasion".

"They have butchered the Constitution. We are returning to a constitutionalised authoritarian regime. It is only the beginning of a process. By the time they are done with the amendments, the Constitution will not be recognised from the one adopted through a referendum," UK-based law expert Alex Magaisa said.

"The whole aim of adopting the Constitution was to trim the powers of the President, but the amendment in both Bills No. 1 and No. 2 has given back the draconian rule by Zanu PF, aided by MDC-T and its leader (Douglas) Mwonzora who was one of the builders of the decapitation of the Constitution," he added.

"Now that Zanu PF knows that they have sufficient stooges for consolidation of power, more amendments are on the way. Rumours that the ruling party seeks to raise the presidential age limit for one to qualify to be President may also come true, including other measures to eliminate electoral competition under the guise of the Constitution. Unfortunately, Zanu PF is being assisted by a party, MDC-T that purported to be representing democracy."