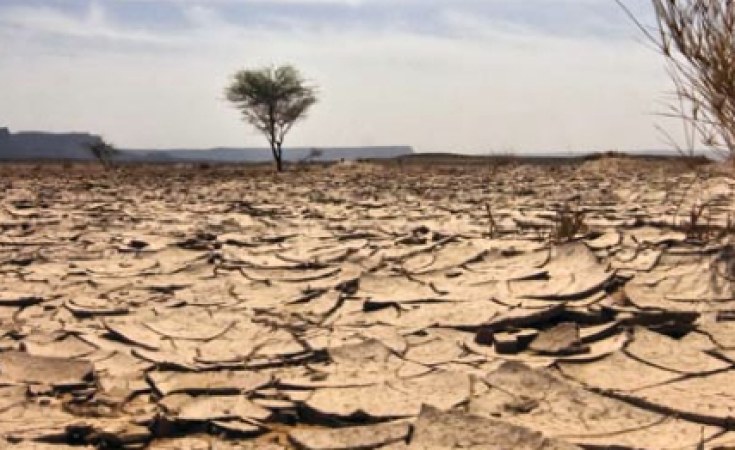 As droughts worsen across Africa, troubling times lie ahead for many countries. But while Madagascar struggles to tackle a hunger crisis, Zimbabwe hopes its new sustainable strategy means it has left the worst behind.

Unprecedented levels of drought across many countries in Africa have left experts and humanitarian agencies fearing the worst.

As the ongoing COVID-19 pandemic continues to push the continent to its limits, the United Nations World Food Programme (WFP) has warned many countries may soon face famine as a result of drought.

Southern Madagascar is currently experiencing its worst hunger crisis in years, brought on by droughts and sandstorms that have turned many fields infertile. The situation is so dire that locusts -- which are ordinarily considered a crop pest -- have become a source of survival for many.

"We haven't harvested anything for almost two years," local farmer Najoro told DW. "We had to live on root tubers. After it rained the larvae of the locusts hatched. This has saved us. Without the locusts, we would all be dead by now."

The enormity of the crisis is such that children are now among the worst affected. A WFP relief mission based in the town of Tranomaro has also been dealing with an unprecedented rise in the number of children dying or needing medical attention as a direct result of malnutrition.

"One of my children died," one mother told DW. "We buried them on Friday. I came here [to the relief mission] with [my other child]."

With people's reliance on root tubers and locusts doing nothing to alleviate the situation, the WFP has been distributing food to the community.

"The situation is extremely bad. Famine is looming in southern Madagascar," Amer Daoudi, the Senior Director of Operations at WFP told DW. "People are seeing almost all food sources disappear. We have a massive nutritional emergency."

Meanwhile in Zimbabwe, years of successive drought has also left it vulnerable to food insecurity. At the beginning of 2021, the WFP predicted that at least 7.7 million people out of the country's 15 million strong population would require food aid in the first half of the year.

Neighboring Angola is also struggling with its worst drought in at least four decades. While Zimbabwe's agriculture woes are at least partly linked to its chaoticland reform program beginning in the 1980s, Angola's experience proves that drought-related issues go deeper than land ownership.

In Angola, too, the WFP is warning of an impending hunger crisis, including chronic food insecurity and malnutrition in the worst-affected areas. As water supplies continue to dwindle, up to 40% of crops have been lost and livestock are at risk.

"Abnormal dryness is hampering the 2020-21 rainy season, which typically runs from November to April, with very little to no rainfall," WFP's global spokesperson Tomson Phiri told reporters in Geneva. "People I have spoken to are saying not since 1981 have they witnessed such levels of dryness."

The increasing risk of food insecurity is also driving unprecedented levels of migration in the region.

"The situation is reportedly giving rise to migratory movement from the most affected areas, with families moving towards other provinces and across the border to Namibia," said Phiri.

With parts of Namibia also experiencing high levels of drought, Angola's struggles may lead to a domino effect across borders, creating a daunting future scenario.

A glimmer of hope?

However, there may be hope on the horizon in Zimbabwe. The southern African country has announced that it is expecting a good grain harvest in the second half of 2021 following a better farming season.

Farmers like Xvier Tawasika are feeling buoyed by this year's harvesting projections.

"The year 2021 is better compared to previous years," Tawasika told DW. "I am expecting to harvest excess grain that could last me and my family until the next harvest season."

But Tawasika is more aware than ever of the importance of safeguarding the harvest -- especially in the midst of a pandemic.

"Is is a huge relief looking at the hardships we have endured because of COVID-19," he says. "We need to preserve and safeguard our harvest. Relying on food handouts is never something one enjoys."

While many are reluctant to celebrate too soon, the Zimbabwean government has taken an optimistic standpoint, claiming the country in now in a better position to withstand shocks to its agriculture sector compared to a year ago.

"We have made a purposeful shift in our agriculture policy and adopted climate proof agriculture," he told DW. "It has been a very rough period for the past two years. We have learnt from our mistakes that climate change is a real issue and we need to mitigate against it."

Some of the new sustainable agriculture methods include improving irrigation and water harvesting and also encouraging farmers to grow grains that are more drought resistant.

With agriculture experts predicting a difficult period ahead for the region, they say investing in sustainable agriculture is a good approach.

"Droughts and food insecurity are going to haunt the region for some time to come, but what's important is that government and civic society can adequately plan [ahead]," agriculture economist Rawlings Kofi told DW. "Farmers need to be given tools and techniques to adapt to changing weather and climate patterns... That is the only way food security can be sustained across the region."

As Zimbabwe begins to see the positive outcomes of resilient agricultural practices, experts like Kofi hope that other African countries will one day also reap the benefits, as many hover on "the periphery of famine."

Privilege Musvanhiri contributed to this article.

SADC - Joint Meeting for Ministers of Agriculture and Food Security, Fisheries and Aquaculture