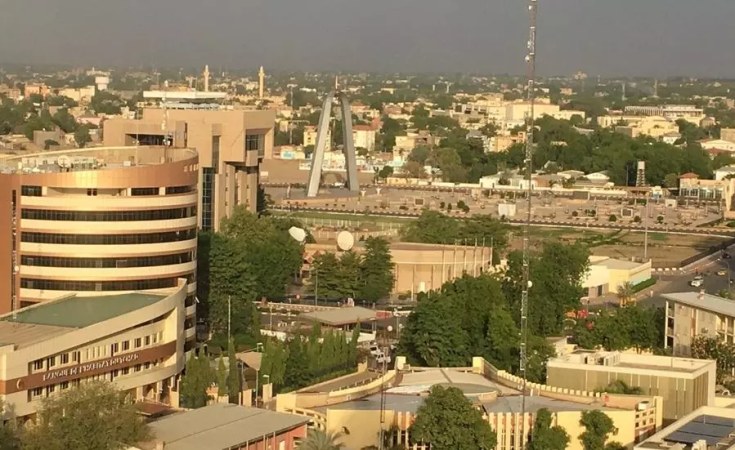 Mali's security might not be the first issue that comes to mind when hearing of the passing of Idriss Déby Itno. His death on the battlefield - or at least in proximity, depending on the account - clearly indicates that trouble is not far from N'Djamena.

The death of the Chadian Marshall represents first a security problem for Chad itself. The military junta led by his son might soon face a challenge from the rebels of the Front for Change and Unity in Chad (FACT). This instability could reverberate with aftershocks for the immediate neighbourhood, particularly in the Lake Chad region, where Déby's army has been crucial in fighting the Boko Haram insurgency. Nigeria has expressed its concerns that any trouble in Chad could worsen the situation.

Nevertheless, Déby has been a game-changer in the Malian crisis. While the Sahel should be afraid of the vacuum that his personal involvement leaves, his imprint will affect how we conceive military operations for the next decade.

A strong advocate for military action

Chad's contribution to the Malian crisis is significant: numbers speak for themselves. When France launched Operation Serval in January 2013, Chad sent about 2,000 troops. While several Western countries provided logistical support, Déby was the first "partner" to engage boots on the ground, fighting along with French soldiers in some of the most decisive battles of 2013, notably in the Kidal region. The cost was high: 38 Chadians were killed, the highest death toll among non-Malian fighters.

Chad's commitment to Mali could have ended there, but it was renewed in several forms. It contributed to the UN Mission in Mali, MINUSMA, which is currently engaging 1,471 troops, the second most important military contingent to the mission.

And its role has been central in the G-5 Sahel joint mission, as about 1,850 soldiers of the overall 6,000 bear the Chadian flag. In March 2021, Idriss Déby sent an extra 1,200 troops to the Liptako-Gourma region, where attacks against civilians and national security forces are spiking.

The announcement of Déby's death brought fears that troops would be called back home: a battalion displacement from Burkina to Niger led to wild rumours that Chadian soldiers would be pulled out of the region. This would be a worrying trend. Since the beginning of the crisis, Chad has filled a void. Several international actors came. Still, few have expressed a long-term commitment or even deployed soldiers, and no country is waiting to fill the blank that a sudden Chadian departure would leave.

The Chadian president did not only send forces: he vehemently advocated for action and pressured his peers for further involvement, sometimes in more dramatic tones than Malian leaders themselves. At a time that everybody agrees that additional efforts are needed on the Sahel, Idriss Déby has been a reliable and pragmatic partner, whose military involvement has increased its international political clout, and who took it upon himself to shake up an African security architecture that failed to bring an African-led solution to the Malian crisis.

We can be critical of how Déby has successfully whitewashed his violent regime by participating in the Malian intervention, but, still, we must face the fact that his disappearance could threaten stabilization efforts in the region.

The impact on military norms

Déby also left a legacy that will define what it means to be a soldier in the region. Idriss Déby Itno has carefully drafted a narrative that brought international headlines like "the death of an African warrior" or the desert "warrior king". In Mali, he has become a symbol that has influenced the essence of civil-military relations. And it's not necessarily a positive thing.

For the outsider, it might be confusing to see civil society leaders in Mali mourning the death of Idriss Déby. When I saw the multiple postings on social media from several anti-French figures in Mali, I was myself a bit surprised that they would lament the passing of an authoritarian leader supported by the French authorities in the name of stability. They gave up on the undemocratic origin of his power to praise his military leadership because he embodies the opposite values of the Malian elite.

I first encountered this admiration while researching for my PhD dissertation. While interviewing soldiers on their role models, Déby came at the top of the list. For Malian soldiers, he represents an incarnation of the warrior ethos and courage. Sending his own son to the Malian front in 2013 has sustained an image of self-sacrifice and assertiveness, which can be contrasted to the popular perception of Malian politicians who would rather send other people's children to be killed while enriching themselves. Similarly, Chadian troops are hailed by all sorts of Malian actors for their efficiency, aggressiveness, and bravery.

Still, Malians do not necessarily all appreciate Chadian troops, who have been accused of several abuses in Mali and beyond. The international community has turned a blind eye to their reoccurrence; the latest being rape accusations in Niger at the beginning of April 2021.

But nobody contests their brutal efficiency. This is a legacy that Déby will leave in the area: he did not only provide local legitimacy for international operations, he also normalized the idea an effective army can commit abuses and that "you know, boys will be boys". When I was asking questions on human rights violations, a Malian soldier answered me in 2018: "You cannot make an omelette without breaking eggshells. Look at the Chadians."

Malian armed forces have their own history of military brutality, before and after independence, and they do not need the Chadian example to justify abuses documented by human rights groups. But it has become part of a higher-level normalization, or a wilful disregard, of these transgressions in the name of solving a security emergency.

While Malians hail Idriss Déby for his military prowess, they ignore issues of accountability and discipline within armed forces. In Déby's vision of the military, personalized power replaces strong institutions. This legacy will survive him in Mali where civil-military relations are changing fast, and discussions about military norms and values are not only theoretical.

Idriss Déby's legacy is not only about African leaders taking responsibility for African security; it is also a vision of what is the soul of African armies. The glorification of his personalized military leadership has already had an impact on how the Malian army - as well as other African armies - define themselves. This also needs to be acknowledged.

Marc-André Boisvert is a researcher and a consultant on Sahel security, stabilization, fragility, and governance.