Nigeria's President Buhari Under Fire Because of Growing Security Concerns 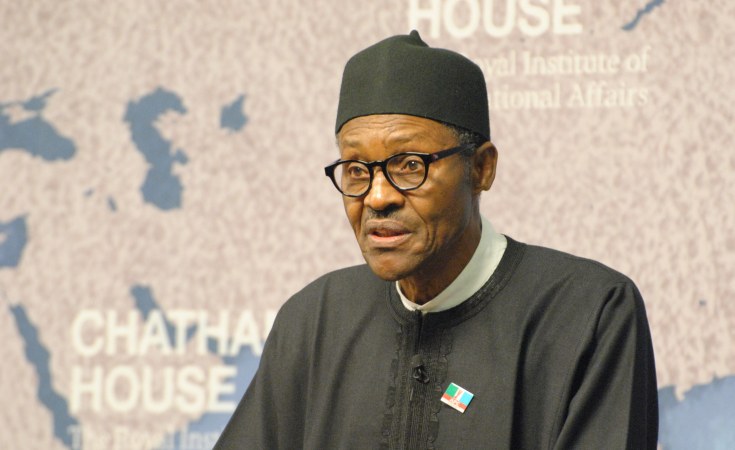 Security challenges in Nigeria have sparked anger and calls for President Buhari to step down or be removed from office. Analysts say disgruntled military members and politicians want to overthrow the president.

Nigeria's secret police say they have uncovered a plot to remove President Muhammadu Buhari from office. According to the investigators, disgruntled politicians and religious leaders are behind it.

"They are plotting to hold conferences, which would pass a vote of no confidence in President Muhammadu Buhari, a man they so much love to hate," Femi Adesina, President Buhari's special media advisor, said.

The report published by The State Security Service came just a few days after the army pledged its loyalty to the constitution and subjected itself to civilian rule, warning its members to stay away from politics.

"If the coup is going to occur, it won't be carried [out] by the serving generals for the simple reason that they're benefiting from the system," security analyst Kabiru Adamu told DW. He added that a coup could be staged, however, by a group of officers that "feels disfranchised and unhappy" with the current situation.

If these unhappy military members work together with political players interested in changing the government, the possibility of a coup is "huge," according to Adamu. He pointed to the recent military takeover in neighboring Chad as an example that could inspire a revolt in Nigeria.

The military junta took over power in Chad in the aftermath of the death of President Idris Deby. It dissolved both the parliament and the government and announced they would hold an election in 18 months.

Why is President Buhari a target?

Boko Haram insurgents, believed to be headquartered in Sambisa forest in Borno State, have long terrorized the country, killing and abducting many in Nigeria's north.

In 2015, the militant group began using girls as young as 10 to carry out suicide attacks. That same year the incumbent president promised Nigerians that he would wipe out the militants.

Nigerians say the situation has deteriorated under Buhari's administration. He came to power in 2015, and his second and last term in office ends in 2023.

But Adamu said it's unfair to put all of the blame on the president. He pointed a finger at the governors and senators, saying that they could have initiated needed security reforms, not the President.

Organized crime syndicates have recently adopted a kidnap-and-ransom tactic. The business model has drawn the international community's attention while forcing state officials to negotiate with criminals and pay them millions of dollars in ransom to secure freedom for many school children.

President Buhari has spoken out against the practice and insinuated that state governors were fueling the crisis.

Criminals ― locally known as bandits ― confided in DW that they borrow weapons from state security officers and then share the income with them after 'work.'

"Even the so-called police, you see, we hire their guns and return them later," one member of a criminal gang in Niger Delta told DW.

"We know them [the bandits], we know where they stay, we know who they are. But the issue is this: Some of these boys were dragged into what they are doing by us. Either because of our political interests or what we wanted to gain," Bakpo said.

Fatima Ibrahim Mohammed, 23, spent 57 days in the hands of her kidnappers . She was one of 27 students abducted in March from a forestry college in Nigeria's Kaduna state. "I have been beaten and tortured, especially when they [the bandits] spoke to our parents and came back without good news," Mohammed told DW.

"We were beaten with sticks or with their guns," she added.

Because of torture, Mohammed said, she lost her pregnancy. Her father also died while she was in captivity. Neighbors said Mohammed's father's death was a result of shock due to the abduction of his daughter.

"I have never lived such life, but God allowed that to happen," Mohammed said, adding that all abductees were sleeping in an open space under the trees.

Mohammed's ordeals mirror the lives of many women and men in northern Nigeria subjected to the kidnappers.

More than 800 students, the majority of them young girls, have been abducted from schools in the region in recent months.

"Children are afraid of going to school, parents are no longer comfortable sending the children to school. That's going to be a serious setback to the educational development in Northern Nigeria, and education is the backbone of everything," human rights activists Auwal Aliyu said.

Many of the students were released, others are still in captivity, and scores have been killed because their parents or the government could not pay ransom money.

Is Nigeria a failed state?

The deteriorating security has sparked fear among Nigerians and foreigners alike. Some scholars and political analysts go as far as calling Nigeria a failed state.

"If you look at the economy, you find out that people are no longer going to the farms, people are afraid of moving from point A to B because of the possibility of being kidnapped, and then you're asked to pay a heavy ransom. If you don't have it ― then you lose a member of your family," activist Aliyu said.

Former US ambassador to Nigeria John Campbell tweeted that he would argue that Nigeria is a failed state.

Security analyst Kabiru Adamu said it's too early to call Nigeria a failed state, though he admits that state institutions are weak and, in most cases, not able to fulfill the constitutional mandate.

"To conclude that the state is failed is going too far," Adamu said.

Nigeria is Africa's biggest economy in Africa, and many of its neighbors' economies hugely depend on Africa's most populous nation. Scholars urge that business opportunities and innovations are the backbone of Nigeria's economy. Should the state fail, then Nigeria's neighbors are mostly like to fall apart as well.

Nigeria’s Buhari Warns Rising Banditry a Threat to Food Security
Tagged:
Copyright © 2021 Deutsche Welle. All rights reserved. Distributed by AllAfrica Global Media (allAfrica.com). To contact the copyright holder directly for corrections — or for permission to republish or make other authorized use of this material, click here.