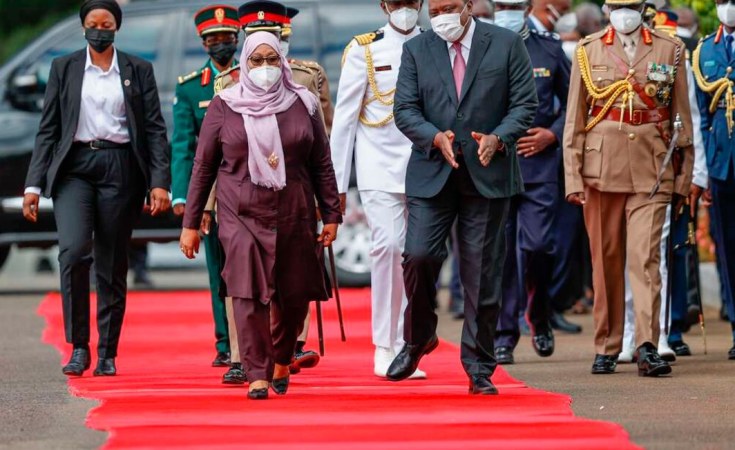 Dar es Salaam — Tanzania's President Samia Suluhu Hassan, starting from the early days of her administration, has gestured that she would put a lot of emphasis on economic diplomacy.

She has done that by undertaking crucial visits and meetings recently which were expected to influence the trading partnership with the rest of the world.

From holding meetings with key players in the international economy, foreign traders to recent visits to Uganda and Kenya, the new Head of State, who was inaugurated in March, is repairing ties with the outside world.

One can say the President's approach of meeting personally with the heads of state and those of bilateral organizations is a way to open up and strengthen Tanzania diplomatic relations and reinforcing her political influence across the region.

Analysts commented that the President was on the right truck to mend ties with other nations around the globe.