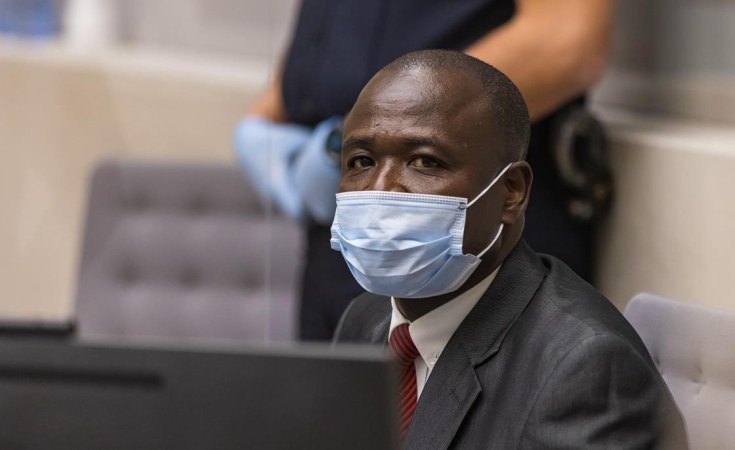 The International Criminal Court on May 6 sentenced former child soldier Dominic Ongwen to 25 years in jail for war crimes and crimes against humanity committed in northern Uganda.

Mr Ongwen, now 45, becomes the first Ugandan and former LRA commander to be tried, convicted and sentenced by The Hague-based Court.

Mr Ongwen was convicted of 61 crimes on February 4, including murder, rape, torture and forced marriage, committed in northern Ugandan in 2003 and 2004, for which he could have been given the maximum jail sentence of life imprisonment. But Presiding Judge of the Court's Trial Chamber IX Bertram Schmitt said when handing down the sentence, that the Court gave weight to certain mitigating circumstances of Ongwen's childhood -- his abduction by the LRA at a very young age and early stay with the rebel group.

A press release from the ICC said that the Chamber also declined to sentence former child soldier to life imprisonment considering his individual circumstances and in order to envisage a concrete prospect for him to eventually re-build his life.

Judge Bertram Schmitt and Judge Péter Kovács gave the 25-year sentence while Judge Raul Cano Pangalangan gave a dissenting opinion that would have sentenced Mr Ongwen to a total period of 30 years imprisonment.

"Horrific. The Judges missed the point even on basic principles of law," he said.

The Court said the six years Ongwen spent in detention between January 4 2015 and May 6 2021, will be deducted from the total time of imprisonment imposed on him.

The Chamber analysed one-by-one the gravity of each of the 61 crimes for which Ongwen was convicted, finding several aggravating circumstances applicable to some or even most crimes, the Court said.

The Chamber imposed individual sentences for each crime, taking the mitigating circumstance of Ongwen's childhood and abduction by the LRA into due account.

The press release said the highest individual sentences were of 20 years, while other sentences pronounced for individual crimes were of 14 or 8 years of imprisonment.

In 2005, the ICC indicted and issued warrants of arrest to five LRA commanders, including the rebel group's leader Joseph Kony, three years after Uganda government referred "the northern Uganda situation" - the first case referred to The Hague based court.

The Court says that it has confirmed, using DNA, that two ex-LRA commanders Raska Lukwiya and Okot Odhiambo are dead while Kony and his deputy Vincent Otti remain at large, although reports say the latter was reportedly killed on Kony's orders in October 2007.