Ethiopia: 'I Am Alive, but I Feel Like I Am Dead' - a Migrant Grieves the Drowning of 3 Children 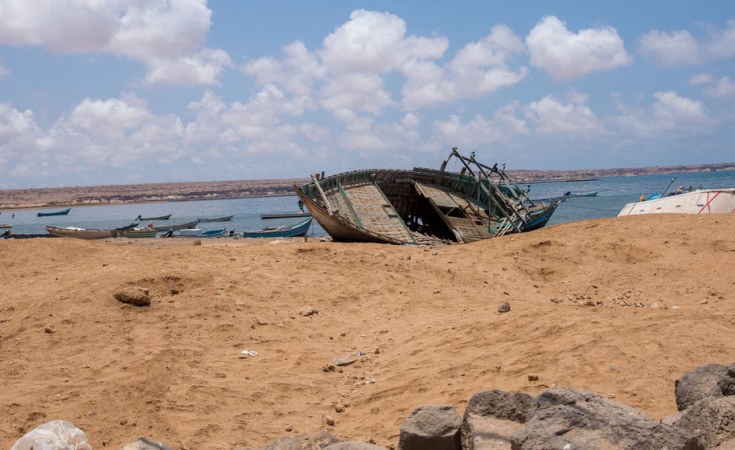 Olivia Headon/IOM
Migrants who survived the capsizing of a smugglers boat in the Gulf of Aden were brought ashore in Obock in Djibouti.
UN News Service

Misrah, an undocumented migrant worker, and her family, left their home in Ethiopia hoping for a better life. Instead, her three children are now dead, drowned during a perilous sea crossing across the Gulf of Aden, when the overloaded boat smuggling them into the country capsized.

"I have lost everything," says Misrah, as she struggles to recount the most traumatic of events, witnessing the deaths of her three children. The 27-year-old Ethiopian woman, her husband and children - Aziza, five; Rachar, three; and Ikram, two - and at least 55 other migrants and refugees were aboard a boat controlled by smugglers crossing the Gulf of Aden from Yemen to the Horn of Africa via Djibouti, on 12 April.

'They were too young; the sea was too rough'

Overcrowded and travelling in the dead of night, the vessel capsized under the weight of its passengers. Sixteen children, including Misrah's, and at least 44 migrants and refugees drowned, trapped beneath the sunken vessel. She and her husband Abdul Basit were two of just 14 to survive. 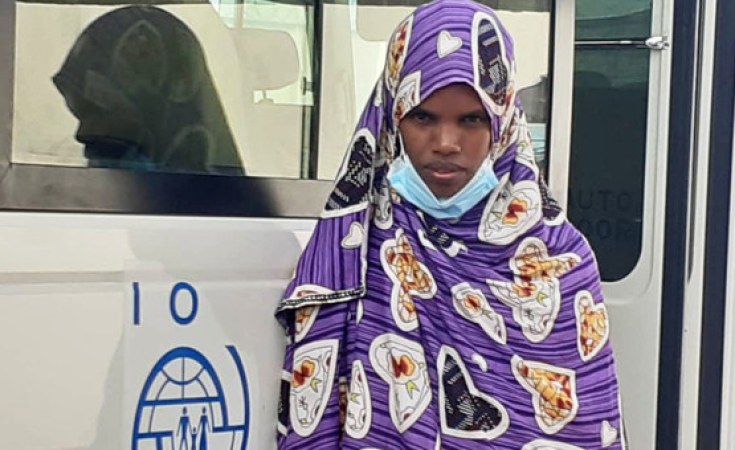 Hawa Diallo/IOM
Misrah lost three children who drowned when the boat they were travelling in capsized in the Gulf of Aden.

Speaking through a translator, Misrah musters the strength and courage to describe the moments leading up to the tragedy. "As we approached the Djiboutian shore, the boat began to fall apart," she recalls. "My children were sleeping when the boat turned over. I was holding Ikram in my arms. I knew I could swim. That is how I survived. Unfortunately, it was not the case for my children. They were too young; the sea was too rough."

Alone, Misrah swam to shore, making her way on foot and with the help of a passing motorist to the town of Obock, Djibouti, where she met staff from the International Organization for Migration's (IOM) Migrant Response Centre. "I was given a phone to call my mother and I feel better. Later they also helped locate my husband, who, thankfully, made it back to Ethiopia," Misrah says.

"The staff members are taking care of me, trying to reassure me. I would like to see my mother; she is the only one who can comfort me right now."

The plight of undocumented migrants 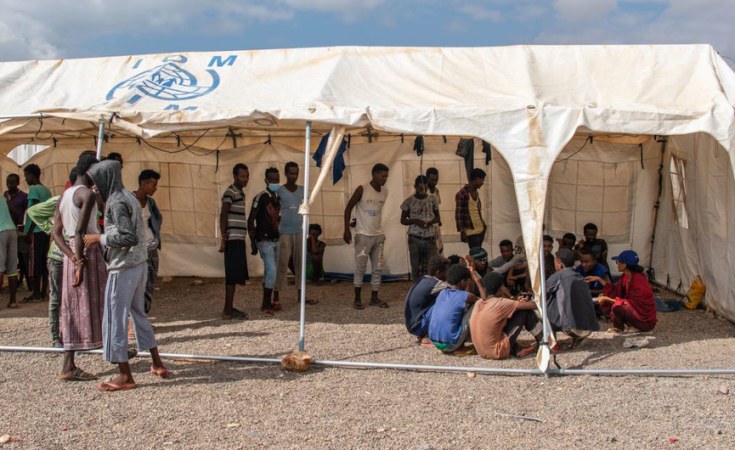 In 2012, Misrah left her home in Derdawah, Ethiopia, to find work. "I wanted to take care of my family, my mother and my siblings," she explains. "I managed to travel to Djibouti where I worked as a maid. Thanks to the money I earned I was able to afford to travel to Yemen by boat."

Thousands of migrants from Ethiopia make the same journey through Djibouti to Yemen each year hoping to reach Saudi Arabia, where there are better work opportunities and higher incomes than back home. Others, like Misrah, intend to remain in Yemen where, prior to the conflict and the current pandemic, there were opportunities for migrant workers. Historically, there has always been movement back and forth between Yemen and the Horn of Africa.

Misrah slowly built a new life in the city of Aden, finding work as a cleaner. In 2014 she married Abdul Basit, and they started a family. "I liked my life in Yemen," Misrah says. When Misrah's mother fell ill back in Ethiopia, she felt compelled to return and care for her. Her husband was concerned for Misrah's safety, reluctant for her to travel alone; ultimately, they decided to travel together as a family. 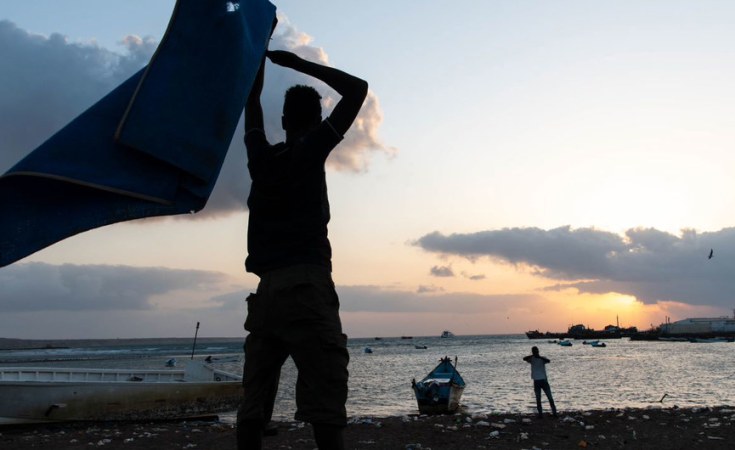 Alexander Bee/IOM
Ethiopian migrants on the shore of Obock, Djibouti.

Like most undocumented migrants in the region, they had no formal or official stay documents in Yemen or papers needed to return to Ethiopia, and were forced to pay smugglers USD 400 to travel from Yemen to Djibouti by boat, the first leg on the journey to Ethiopia. Often, this trip can cost a lot more.

IOM staff in Djibouti are providing Misrah with trauma counselling and support, and working with IOM in Ethiopia to help her return home to be reunited with her husband and mother.

"Before I leave Djibouti, I want to say goodbye to my children. I would like to have the opportunity to mourn them at the graveside before I return to Ethiopia," she says.

She will continue to receive counselling from IOM Ethiopia and, together with Abdul Basit, support to reintegrate back into their community and start to rebuild their lives. But Misrah says the heartbreaking loss of her three children, Aziza, Rachar and Ikram, will never leave. "I want migrants in Yemen to understand that the journey is too risky," she says. "I am alive, but I feel like I am dead." 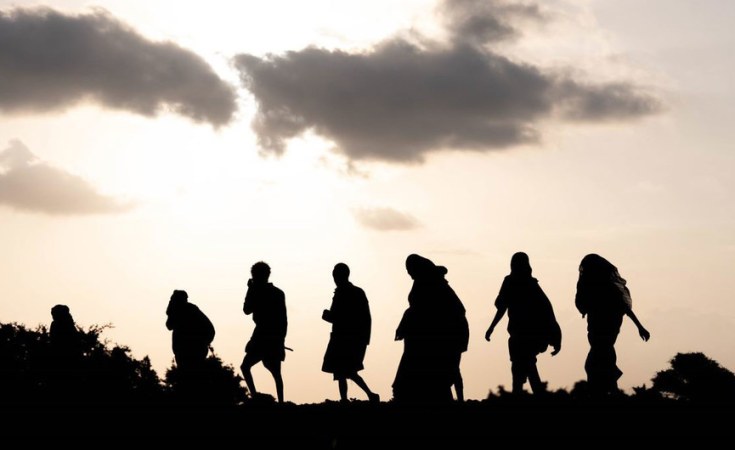 A Dangerous Road Home for Horn of Africa Migrants 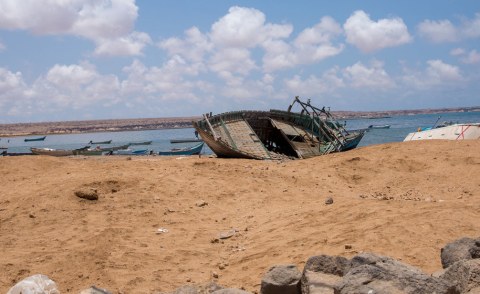 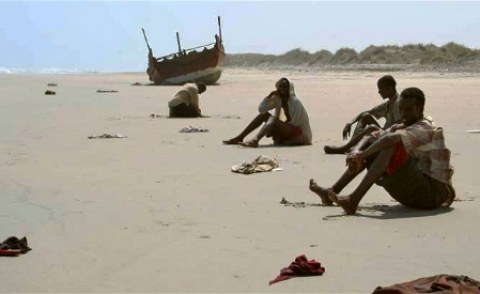 Hundreds of East Africans Drown at Sea
Tagged:
Copyright © 2021 UN News Service. All rights reserved. Distributed by AllAfrica Global Media (allAfrica.com). To contact the copyright holder directly for corrections — or for permission to republish or make other authorized use of this material, click here.

Are We Africans Our Own Worst Enemy?
Soccer