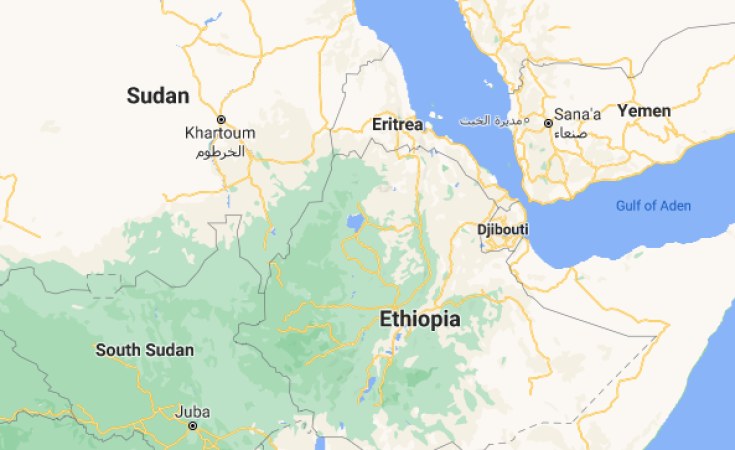 A potential border war brewing between Sudan and Ethiopia threatens to destabilise the two nations and the entire region. How the issue is handled will also have severe consequences for political transitions in both countries.

On 4 May, Ethiopia issued a statement accusing Sudan of 'increasingly bellicose propaganda' regarding their border and negotiations over the Grand Ethiopian Renaissance Dam (GERD). It criticised Sudan's 1 May claim of sovereignty over Ethiopia's Benishangul-Gumuz region, where the dam is being constructed.

Ethiopia accuses Sudan of invading its territory and taking advantage of the security vacuum created by its armed confrontation with the Tigray People's Liberation Front in the north. It claims third parties - alluding to Egypt - are fuelling the dispute. Egypt and Sudan recently signed a military cooperation agreement that reportedly includes a common defence pact. Sudanese military representatives say Ethiopians are expanding their farmland into Sudan with the support of local militia, whom they accuse of killing civilians.

So far, diplomatic attempts to defuse tensions have failed. A strained status quo has been established around the border, with sporadic skirmishes. While both countries claim they want to resolve the issue peacefully, neither has shown signs of compromising on conditions required to start negotiations.

Ethiopia insists that the Sudanese military withdraws from the area before it engages in negotiations, but Sudan refuses, saying al-Fashaga is historically within its territory. Sudan claims the border has been demarcated, and only technical consultations are needed to fix boundary markers. It holds that successive Ethiopian governments have recognised al-Fashaga as Sudanese territory. Sudan says it allowed Ethiopian farmers to cultivate the land to maintain good relations with the previous Ethiopian government.

Sudanese politicians want negotiations to start and are apparently willing to accept third-party mediators. Ethiopian officials say, however that the boundary is yet to be demarcated. Most of the border between Sudan and Ethiopia was delineated through various treaties between Ethiopian emperors and Britain, the colonial power in Sudan.

However, clarity was lacking in some parts, including al-Fashaga, which has been disputed for about a century. The ebb and flow of tensions have depended on the state of relations between the two countries.

Long-term observers of these developments, who requested anonymity, agreed that each country had exploited the shifting geopolitical context to extract concessions regarding al-Fashaga. In this instance, Ethiopia's internal instability and soured relations between the two over the GERD have re-ignited the border dispute.

Both Sudan and Ethiopia are trying to assert their sovereignty over al-Fashaga. In Sudan, the issue has become a rallying cry for national unity. It has united different political actors and created a rare instance of agreement between political parties and the military.

For Ethiopia, al-Fashaga has political and economic significance. Its fertile land, with major rivers bordering the area, is a source of livelihood. Local communities have accused successive Ethiopian governments of failing to safeguard their source of income and historical land rights during negotiations with Sudan.

In Sudan, the dispute has created a rare agreement between political parties and the military

The Amhara regional state government is especially under pressure from locals to retain sovereignty over the area. It, in turn, is putting political pressure on the federal government, which could create a serious fissure in the ruling party if these conditions aren't met.

With only a month left until planned national elections in June 2021, Ethiopia's government has refrained from becoming involved in a military confrontation with Sudan. However, Ethiopia and Sudan have a history of engaging in proxy wars and supporting each other's armed opposition groups. If relations continue to deteriorate, there's no shortage of armed groups to back on both sides.

The border tension is happening at a time when both nations are facing internal challenges. There are almost daily protests against the rising cost and shortage of bread and fuel in Sudan. The alliance that allowed Sudanese to overcome their differences and form the transitional government is weakening.

Similarly, Ethiopia is experiencing a level of internal political instability it hasn't seen for decades. Rising tensions and worsening internal challenges on both sides will have direct consequences for both countries' stability.

Resolving the dispute won't be easy. The situation needs to be de-escalated before starting negotiations as a matter of urgency. Beyond bilateral talks, both governments must also engage their constituencies, as rapprochement won't be possible without local buy-in.

There are various mechanisms Ethiopia and Sudan can use to find sustainable solutions. They can continue with bilateral negotiations, involve third-party mediators, or use international arbitration if all other avenues fail. Offers of facilitation by other nations, including South Sudan, Turkey and the United Arab Emirates, have not garnered enough support in the two countries.

Ultimately the two must reach a political accord that can pave the way for technical negotiations. This means gaining internal support for talks, which may be difficult considering both countries' domestic problems. In the short term, tensions must be dialled down to prevent the conflict becoming another destabilising factor in Ethiopia, Sudan and the region.

This article was first published in the ISS PSC Report.

Previous Story
Next Story
Patriarch Tawadros On the Controversial Ethiopian Dam - Water Is a Gift From God, and May God Enlighten the Rulers

Patriarch Tawadros On the Controversial Ethiopian Dam - Water Is a Gift From God, and May God Enlighten the Rulers 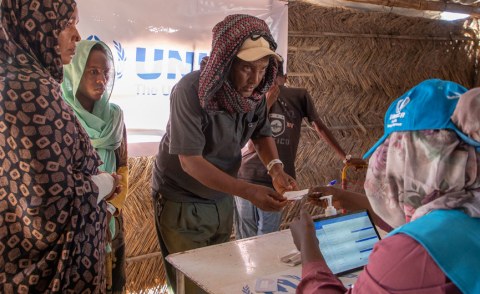 Ethiopia's Grand Dam Talks Collapse
Tagged:
Copyright © 2021 Institute for Security Studies. All rights reserved. Distributed by AllAfrica Global Media (allAfrica.com). To contact the copyright holder directly for corrections — or for permission to republish or make other authorized use of this material, click here.