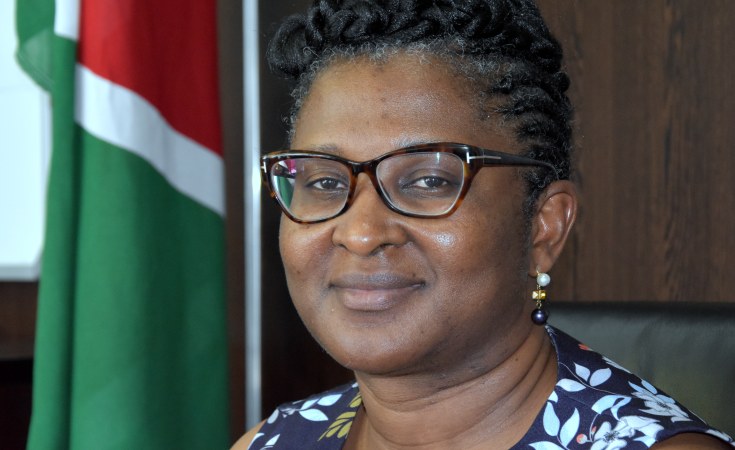 FIRST lady Monica Geingos says there has been a decrease to her assets since she took office in 2015.

Geingos said this during an interview with The Namibian's online talk show called The Conversation on Friday.

"As a matter of fact there has been a significant decrease to my balance sheet," she said.

She was responding to talk that her marriage to the president is a business arrangement.

In 2015, The Namibian reported that Geingos had resigned from the board of Namibia Media Holdings (NMH), which owns newspapers like Namibian Sun and Republikein as well as from Alumini Fishing, a firm that has a hake fishing quota.

As the first lady, Geingos earns a salary equivalent to that of a deputy permanent secretary, which is between N$350 000 and N$400 000 a year.

Geingos said the business arrangement talks have been around since before their wedding day. "This was a narrative pushed when people heard we wanted to get married. It was pushed by people who were vehemently opposed to us getting married," she added, saying the talk resurfaced during the 2017 Swapo congress.

"They knew my balance sheet, so they could not say it was money but that I wanted power and access to business. Some of those people were at the 2017 [Swapo] congress in one of the other teams," she said.

"The only way they can justify this narrative is to accuse me of business transactions which I have not had since I became first lady," she said.

Geingos described president Hage Geingob as her best friend who met all requirements she wanted in a husband.

"I am speaking about Hage as a person, highly principled. If there was ever a prayer I gave to the Lord about the kind of man I want to marry, Hage checked all of it. The Lord delivered to me exactly what I asked for," she said.

During a recent talk on intergenerational relationships in Windhoek, Geingos spoke about the power dynamics and bargaining power when there is an age gap, saying a 'sugar daddy' relationship is complex, but important to deal with, because it may lead to abuse.

She got backlash on social media with people accusing her of being in such a relationship.

"You cannot compare a 40-year-old mother of two with a credible balance sheet, confidence, capital and capacity to a 17-year-old high school student with an older person who looks after her. There's a different dynamic there," she said. She described sugar daddies as older men who prey on vulnerable girls and that relationship is of a transactional nature. "We do not have a transaction relationship. I am not vulnerable," she stated.

France to Carry Out Major Overhaul of its Sahel Operation
Environment