Yoweri Museveni's less-than-stellar democratic and human rights record has caused increasing anger abroad. But allies in the West seem loath to upset a regime which has contributed toward stabilization in the region.

Yoweri Museveni, 76, is scheduled to be sworn in as Uganda's head of state for a sixth five-year term on Wednesday.

He is not expected to change the autocratic style he has developed over the last 35 years, nor the system of patronage and corruption which has been crucial to enabling his longevity in power.

By hijacking state institutions to serve his own ends, Museveni managed to have Parliament twice alter the constitution to allow him to run for president, first removing a two-term limit in 2005 and then abolishing the age limit of 75 in 2017.

The president seized power in 1986, after a five-year guerrilla struggle. At the time, he was enthusiastically welcomed by a population weary of bloodshed, successive despots and ineffectual military juntas.

Elected president 10 years later, Museveni gained the West's trust by stabilizing a country prone to coups and conflict since independence in 1962.

He invited the Asian minority -- expelled by Idi Amin a decade earlier -- back into the country and put in place a mixed-economy model, which helped promote growth. This opened the door to substantial foreign assistance which has flowed in ever since, and which has helped consolidate growth, in turn stabilizing Museveni's regime.

Museveni will 'remain in power' with military support

Teddy Atim, who was born in 1986, has only ever known a country ruled by Museveni. She told DW that she voted for him because she hoped to benefit from the government's business startup capital fund, Emyooga.

"I know that in the next five years we are going to benefit from planned government projects," Atim said.

Mwambutsya Mwebesa, a historian at Makerere University, is skeptical of the president's promises.

Asked if he could discern a possible successor for Museveni, he said the president "will remain in power for as long as the military is behind him."

A politicized security apparatus has been a key factor of Museveni's survival in power for more than three decades. It was effectively deployed in the run-up to the presidential election in January against restless urban youth, who were enthralled by the promise of renewal. This was represented by charismatic opposition politician Robert Kyagulanyi Ssentamu, a musician who goes by the artistic name Bobi Wine.

Himself a target of persecution on the eve and in the wake of the polls, Wine has called attention to the suffering of Museveni's political opponents.

"Hundreds of young people, young men and women supporting the People Power Movement and the National Unity Platform, the movement and party which I lead, have been abducted by the government. Many have been murdered in detention," said Wine.

Several others were brutally tortured, Wine told DW in an exclusive interview on Monday.

In November, at least 54 people were killed in a protest that erupted after Wine was detained while campaigning. The ruthlessness shown by security forces led to protests from the West.

In February, the European Parliament called on member states to enact similar sanctions, although none were forthcoming.

'Darling of the West'

Washington is not planning to cut to the development aid of around $970 million (€780 million) it provides yearly, almost half of the total donated to Kampala by all OECD members. That's without counting military aid.

The US visa bans have been largely met with indifference. "We are not going to lose sleep over this," said Uganda's state minister for foreign affairs, Okello Oryem, on April 16.

Nevertheless, in the grip of major economic and debt crises, Kampala has increasingly turned to China for financial help that is more free of criticism.

Western donors are unlikely to put too much pressure on Museveni's regime in view of Uganda's generous refugee policies. After all, the country has welcomed more than 1.4 million people from such conflict-ravaged countries as Congo and South Sudan.

Donors will likely turn a blind eye to Uganda's crucial role in attempts to appease the Great Lakes region and its significant contribution in the fight against terrorism in Somalia.

"This has made him a darling of the West," said analyst Mwebesa.

The discovery if oil in the Albertine Rift Basin in the western part of the country in 2006, which will likely make Uganda the fourth largest sub-Saharan producer in until the end of the decade, is unlikely to encourage a global will to rein in Museveni's despotic tendencies.

Aware that Museveni will not relinquish power voluntarily anytime soon, opposition leader Bobbi Wine places his hopes for change on Uganda's youth. The official youth unemployment rate of around 13% does not take into account underemployment, precarious work and wages too low to secure a living. Measures like the recent introduction of a 12% tax on internet data - mostly seen as another repressive measure, like the ban on access to the social media platform Facebook - are bound to increase dissatisfaction among the urban young.

"We continue pushing on, knowing it is not going to be an overnight thing. But ultimately, we will get there," Wine told DW.

Frank Yiga and Liz Shoo contributed to this article 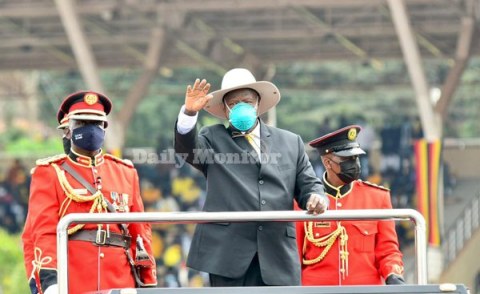 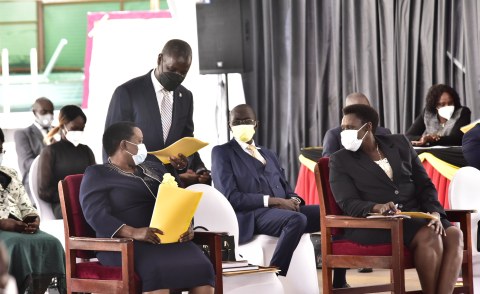 Mixed Feelings On Women In Top Uganda Govt Posts
Tagged:
Copyright © 2021 Deutsche Welle. All rights reserved. Distributed by AllAfrica Global Media (allAfrica.com). To contact the copyright holder directly for corrections — or for permission to republish or make other authorized use of this material, click here.