Central African Republic: Africa/Central Africa - "I Am Recovering, in a Few Days I'll Be Back On Track!" Says Fr. Arialdo Urbani, the Missionary Wounded By a Mine 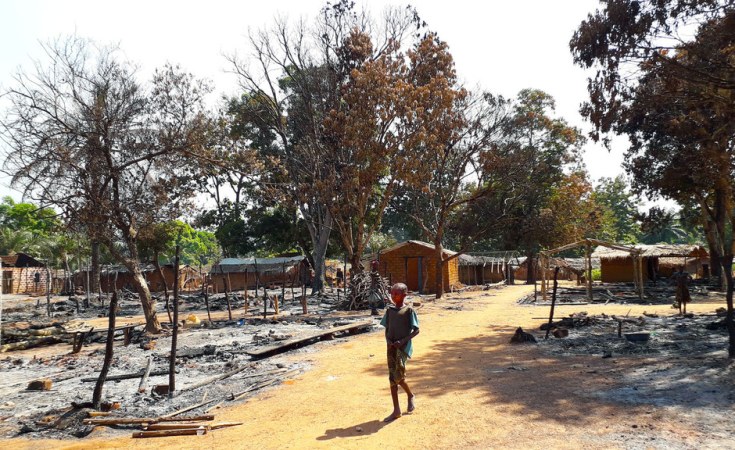 Bangui — "I am recovering, I think that in a few days I will be ready to go back to work", says Fr. Arialdo Urbani, the Betharramite missionary (as the members of the Congregation of the Sacred Heart of Jesus of Betharram are called) who was injured when the truck he was driving, belonging to the Catholic Mission of Niem, exploded a mine located on the road between Niem and Kolo, in the Central African Republic (see Fides, 5 and 6 May 2021).

"I'm fine, just a little bruised", says the priest, who has a cast on his arm hidden under his shirt.

Fr. Arialdo was returning from visiting a series of village schools run by missionaries when his car hit a mine six kilometers from the mission. "I heard a bang and felt I was being lifted up and then I fell to the ground. I said to myself "I am still alive", but then I looked around and saw the boy I had given a ride to who was lying outside the car, because he had broken the door, who unfortunately died", says the missionary.

Another young man, who accompanied the missionary, suffered minor injuries.

Fr. Arialdo Urbani has been a missionary for over 50 years, he has held positions in various countries, Thailand (12 years in Chiang Mai), Brazil (2 years in Belo Horizonte), Ivory Coast (6 years in Katiola) and the Central African Republic, where he was the first Betharramite missionary to arrive in 1986, founding the Catholic Mission of Niem.

Fr. Urbani, besides being the parish priest of the mission, runs 13 village schools in the Niem area. Over 2,600 students are entrusted to him, supported thanks to long distance adoptions, whom he visits regularly, traveling dozens and dozens of kilometers on bumpy roads. In fact, the schools are 9 to 125 kilometers away from the Niem mission. To buy a vehicle to replace the one destroyed by the mine, the AMICI Betharram ONLUS Association has launched a subscription.