Nigeria: The NPA Saga - Biting the Hand That Feeds! 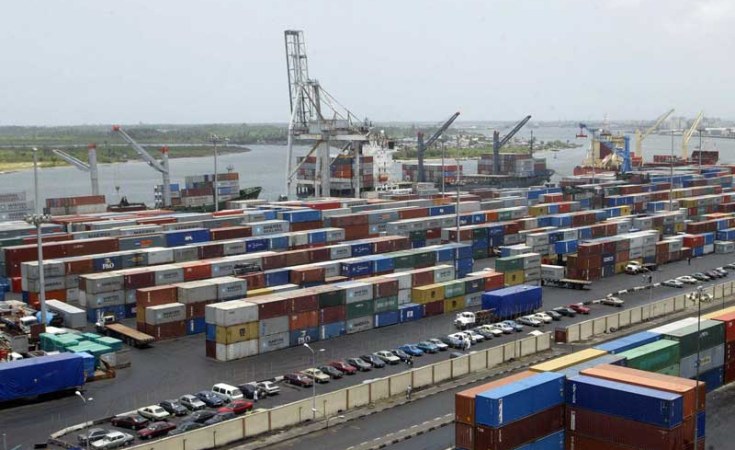 Last week, news broke out that the Managing Director (MD) of the Nigerian Ports Authority (NPA), Ms Hadiza Bala Usman, has been suspended pending investigation of allegations that remittances of NPA's operating surpluses from 2016 to 2020 were "far short of the amount due," with the Minister of Transportation, Rotimi Amaechi, claiming that there is an unremitted balance of N165 billion.

The suspended MD vehemently disagreed on the basis that the rules the minister applied for calculating the amount to be remitted were inapplicable. The crux of the issue concerns complicated financial accounting and illustrates the never-ending lack of transparency and accountability in government agencies.

Televised senate hearings have made it alarmingly evident that the majority of Ministries, Departments and Agencies (MDAs) fail to submit timely audited accounts and are routinely accused of misappropriation and fraud, if not outright theft, of funds. Indeed, the Chairman of the Senate Committee on Finance, Soloman Adeola, averred that between 2014 and 2020, MDAs failed to remit N3tn to the consolidated revenue fund in total disregard of the Fiscal Responsibility Act.

Although currently in the second quarter of 2021, Ms Usman had quite inexplicably claimed that the NPA was "awaiting the board's approval" of its audited accounts for 2019 and 2020 to determine the actual amount to remit for the period. This reflects maladministration, to say the least. However, there is skepticism over the real reasons for her removal. Contrary to laid down procedure she neither received a query nor a suspension letter outlining her offences.

Her fate is surprising because when she took over leadership at the NPA, she was a darling of the administration as its fortunes changed positively and the authority began remitting the highest ever amounts in its history.

There is justifiable speculation that her current travails are not a result of misappropriating funds, but rather her criticism of security lapses. A recent tweet by Ms Usman expressed concern over government's inability to stem kidnapping of schoolchildren. The reaction was swift and decisive. Perhaps of more significance than either insecurity or her personal travails, the saga highlights the question of how come the nation is in such dire economic straight.

Now that the formerly much- touted lady has become an "enemy of the state", every attempt is being made to rubbish her reputation, as is standard procedure in such matters. The plethora of allegations now coming to light reflects poorly upon the National Assembly's (NASS) oversight functions, the supervising ministry and the presidency. The allegations include cancelling running contracts and awarding the same to acolytes; awarding exorbitant contracts for supply of palliatives for Internally Displaced Persons (IDPs); indiscriminately awarding inflated contracts for Corporate Social Responsibility (CSR) projects; awarding contracts to friends and family members through proxies; and even approving the supply of 200 pieces of torchlights for N8m!

In addition, there are accusations of maladministration concerning employing youth corps members in contravention of both the law and service regulations; employing inexperienced fresh graduates and expediting their promotion in contravention of NPA conditions of service; misleading the board into approving promotions for selected officers over their seniors, and approving the retention of retired officers on contract basis; transferring auditors who queried supplies; and "operating highhandedly" by failing to submit timely audited accounts.

There are also accusations of "excessive increase in administrative operational expenses", extra-budgetary expenditure on hotel accommodation and the sponsorship of NASS programmes.

Also, an audit query took serious exception to various expenditures incurred by NPA on behalf of the very same Minister of Transportation who is accusing Ms Usman of impropriety. A whooping $604,598 was paid out supposedly on his behalf without any supporting documents and the suspended MD has been asked to refund this money. In addition to all that, there are also accusations of failing to remit VAT deductions to the Federal Inland Revenue Service (FIRS). Estimates were put at N3.6bn, $148m and €4.8m.

Misappropriation and inappropriate vouchering aside, it is scandalous that a mind-boggling N20bn of NPA's financial transactions between 2016 and 2018 could not even be traced. Even if most of these allegations prove to be false, it is true that the Auditor-General's Office said NPA's financial records were so riddled with bookkeeping deficiencies, irregularities, and errors that a reliable audit was simply impossible. As rotten as all this sounds, it is actually standard operational procedure in MDAs these days.

Even if the majority of specific allegations are proven to be true, financial infractions on the scale mentioned could not have been carried out alone.

Therefore, singling Ms Usman out while leaving the Board of Directors (BOD) intact, and not sanctioning officials in the supervising ministry requires explanation.

Time and again, it has been posited that the anti-corruption war has far more to do with destroying political enemies than actually ending corruption. It is incredulous that until her tweet criticising government in 2021, the supervising ministry never realised that funds had not been correctly accounted for since 2016. The whole mess reinforces the argument that NASS' oversight functions are a waste of time and money.

If corruption and maladministration are truly to be impacted upon, then the Economic and Financial Crimes Commission (EFCC) must be repositioned to concentrate all its effort on detaining and prosecuting those who commit economic crimes. It is imperative they employ full time top-class lawyers, auditors, Financial accountants and Information Technology (IT) experts in order to "get with the game" of investigating, framing and prosecuting highly complicated economic crimes. The anti-corruptio agency should be bigger than brandishing weapons and making arrests on less significant matters of fraud against private individuals or corporations.

A breath of fresh air was supposedly brought into EFCC with new relatively youthful leadership. The job is now to reposition the agency and concentrate on all forms of maladministration as being heinous economic crimes which seriously hinder the nation's progress and deserve serious penalty.

With nothing to fear from NASS' oversight functions, there is currently nothing to discourage economic sabotage. Fear of the EFFC must become the beginning of wisdom for public office holders who have no moral compass and lack virtue and integrity. As for Ms Usman, there are those who say she has only herself to blame for her travails. She played the game but should have paid heed to the advice that, "If you plan to stay, remember those who give, can take away... don't bite the hand that feeds you!"