Africa Yet to Realise Potential in Sesame Production 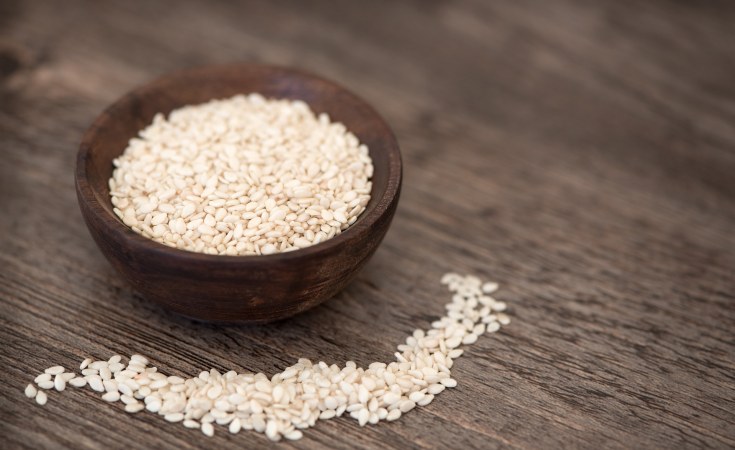 IN the next few weeks we will be trying to have a look on the less-spoken edible oil, the palm oil. Its health and economic value is usually understated causing little attention to people who might have been great beneficiaries if they knew of it and tried just a little bit.

But today we will focus our attention on a now famous crop especially to farmers in Mtwara, Lindi, Morogoro, Songwe and Manyara, the edible sesame seeds. Tanzania, like so many African countries, is yet to realize its potential in agriculture. While many of the reasons are local, a significant of them comes from outside, and in this case from other African countries.

A 3.2 billion US dollars industry is made up of countries spread nearly four corners of the globe, from China to Sudan, whose annual production stands at around 6.1 million metric tons. While official production statistics shows that Tanzania produced 56,846 tons in 2016, Food and Agriculture Organisation place it at 805,691 tons per annum.

The latter seems to be near to the truth as our annual exports now near 130,000 tons. According to the United States Department of Agriculture's 2021/22 estimates on different crops, it appears that even sesame might have a good harvesting year by way of increasing its quantity thanks to good weather. This increase will also be coupled with a gain in consumption.

Well, sesame is the fourth leading edible oil in production in Tanzania, trailing others like sunflower, palm and groundnuts, compared to others its local consumption is relatively low and those who invests in its production do so with an understanding of having exported to overseas for that matter.

One thing that has been passing below the radar is the fact that Tanzanian sesame is one of the most demanded edible oils in the African continent as it has got one of the largest untapped potentials in nearly 20 countries an untapped export potential exceeding 1.8 million US dollars.

This calculation was on the country figures collected, collated and disseminated by the International Trade Center (ITC) which was posted in the their online portal, the Export Potential Map - one of the leading market analysis tools that the UN agency can rightfully be proud with.

The tools provide values of potentials that a country has on a particular product and Tanzania has got what some others envy of. From this revelation one can deduce that once the Africa Continental Free Trade Area (AfCFTA) will be signed by Tanzania and come into full utilization so many of our oil seeds and in fact other products will find its way to so many continental peers than the current situation that makes us highly dependent on the China, Japan and South Korea.

In addition, a lesson that can be drawn from this development is that what impedes intra Africa trade - which is currently less that 30 percent - is not too much on the lack of demand but of other things like infrastructure and other Non - Tariff Barriers. As one trader was heard lamenting that it cost him too little to have his products transported to overseas than to have the same produce reach the Congo.

In periods like these when the pandemic keeps on unleashing its wrath all over the world, one thing that African countries can not afford to ignore is the fact that building our local economy is the future we can depend on. This will help creating more jobs currently washed away by the pandemic, improve rural livelihoods, create some sort of resilience in the sector while improving health of the youngest population in the world.

Even as we move on improving manufacturing sector, having agricultural sector that does not have an answer for its most basic need - food and nutrition - will be unsustainable.

In 2020, at the peak of the pandemic, the major grain exporters of India, Russia, Cambodia and Vietnam imposed an export ban of their crops a move could have badly affected the net importing African countries. This was only reversed after G20 discouraged from doing so.

The one billion dollar question remains, how long shall we live on their mercies? Sesame export potential has taught us that demand is here and if we will be able to positively respond to it, it is certain that our production will positively respond as well.