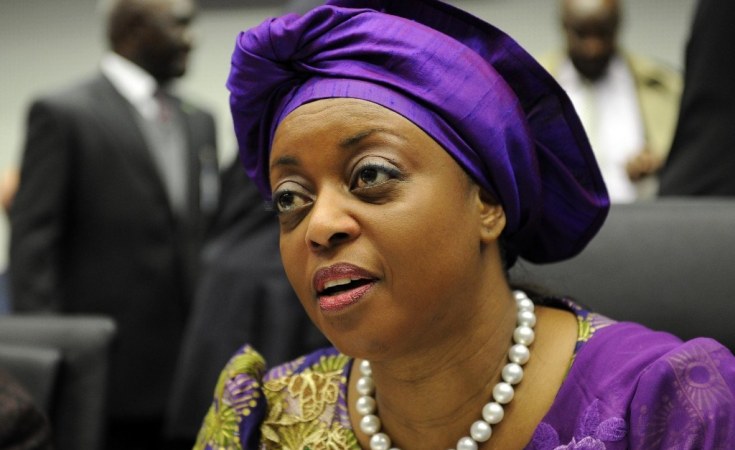 Abuja — New chairman of the Economic and Financial Crimes Commission, Abdulrasheed Bawa, said yesterday that the commission has recovered a whopping $153 million from former Petroleum Minister, Diezani Alison Madueke, who has been staying in Britain since leaving office in 2015.

Beyond the amount recovered from the former oil minister, no fewer than 80 choice property valued at $80 million have also been seized from her and handed over to the federal government.

Bawa, who who disclosed this, also served a notice that he was ready to relinquish his position if anyone brought pressure on him to do what was not legal in the discharge of his duties. But he was quick to add that bringing the former minister to justice was still far from reality, given the fact that she was out of Nigeria's jurisdiction and the challenges associated with bringing her home to face justice.

The chairman said: "There are several cases surrounding Diezani's case. I was part of that investigation, and we have done quite a lot. In one of the cases, we recovered $153 million; we have secured the final forfeiture of over 80 property in Nigeria valued at about $80 million. We have done quite a bit on that.

"The other cases as it relates to the $115 million INEC bribery, is also ongoing across the federation. We are looking forward to the time we will, maybe, have her in the country, and, of course, review things and see what will happen going forward. The case has certainly not been abandoned."

But responding to a question as to how he would be dealing with powerful government officials in the discharge of his assignment as EFCC chair, Bawa said he would be ready to leave the job if anyone tried to make him to do what was illegal.

"I am not going to pay allegiance to individuals in the government," he said.

Bawa pointed out that though he was young in age; he had paid the price on the job, having been among the pioneer staff of EFCC and passed through the crucible to reach the top. "I rose through the ranks. The only job I know after graduation is the EFCC, which I joined in 2004. I rose through the ranks from an ordinary team member, to the first EFCC team leader from the regular staff of the EFCC.

" I became a sectional head, became the zonal head in Ibadan, zonal head in Port Harcourt, and zonal head in Lagos. Lagos is the biggest operational hub of the EFCC with over 600 personnel. Port Harcourt is next to it in terms of complexity and staff strength. I happen to be the first EFCC regular staff to head three different zones before my appointment as the chairman.

"The records are there. And it is a challenge I have taken upon myself to do without fear or favour. That is the truth. If anybody is coming to ask me to do something that is contrary to my conscience or what the EFCC is set out to achieve, I'm going to resign," Bawa vowed.