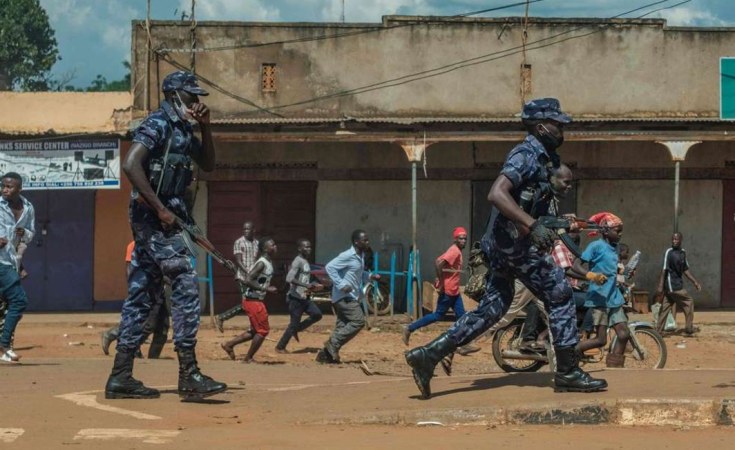 East African
America is considering possible sanctions on a number of military and police officers over violence and human rights abuses in Uganda.
The Monitor (Kampala)
By Amos Ngwomoya

The president of the European Council, Mr Charles Michel, has asked President Museveni to account for the poll violence victims.

The demand is contained in his congratulatory message to Mr Museveni ahead of his swearing-in today for his sixth elective term.

"I also encourage continued efforts in order to ensure accountability for the violence that regrettably affected the electoral campaign period, and transparency regarding recent cases of abductions," reads a May 4 letter.

At least 54 people died during the November riots last year. However, their families are yet to get justice.

Nearly a dozen of the victims confirmed were in the productive 30 to 50-year age bracket.

However, Mr Michel pledged to continue working with Mr Museveni's government, civil society and private sector to create more job opportunities for youth and strengthen their voice in decision making, and upholding of their civil and political rights.

He also said the EU remains fully engaged as regards the implementation of the economic partnership agreement with the East African Community (EAC), saying he hopes the agreement will be taken forward, building on the conclusions of the recent EAC summit.

Quoting Mr Michel's letter, the State House team, however, did not make mention of the demands.

"On behalf of the European Union, let me convey my best wishes for your new term as President of the Republic of Uganda. Uganda and the EU have a longstanding partnership for peace in the region and economic development, and we stand ready to further work together, including on environmental protection and fighting climate change," a letter from State House quoting Mr Michel reads in part.

Efforts to get a comment from the government spokesperson, Mr Ofwono Opondo, about the demands hit a snag as he did not answer our calls, and so was the Information minister, Ms Judith Nabakooba.