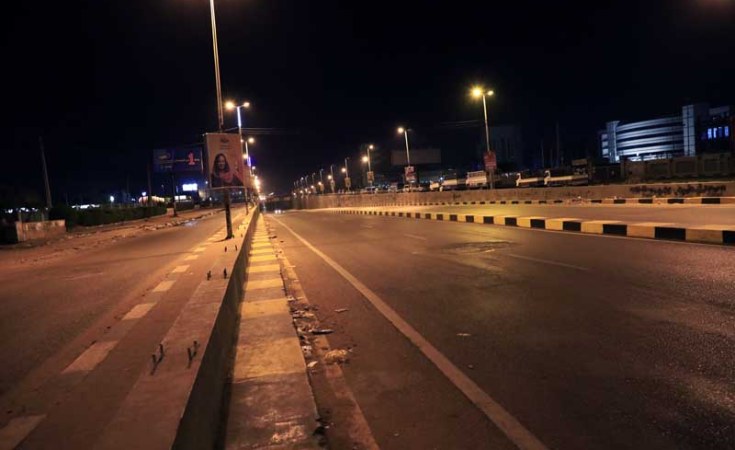 Khartoum — Two young men were shot dead and at least 28 others were wounded in front of the army command in the Sudanese capital yesterday, when army forces dispersed a group of people commemorating the violent dismantling of the Khartoum sit-in two years ago. The reasons for the delay of the investigations into the June 3 massacre are many.

On June 3, 2019, two days before the end of Ramadan, the large sit-in in front of the army command, was broken up with excessive violence. More than 127 protestors were reportedly killed. The bodies of 40 of them were found floating in the Nile. More than 700 others sustained injuries, and at least 100 people went missing in the June 3/Ramadan 29 massacre.

In a statement yesterday evening, the Sudan Doctors Central Committee expressed their regret for the violent dispersal of the peaceful breaking of the Ramadan fast in commemoration of the massacre, and urged the authorities to immediately start an investigation.

They reported later in a separate message that the number of wounded registered has risen to 28.

Yesterday evening, a large number of activists gathered in front of the Royal Care Hospital in downtown Khartoum, where protestor Osman Ahmed died of his wounds. They chanted slogans demanding justice.

The doctors further support the demand of the relatives of people killed during the massacre and called for expediting the formation of a committee "that will hold the people responsible for the violence on June 3 to account".

Before the gathering was violently broken up yesterday, a member of the Association of Families of the December Revolution Victims addressed the crowd at during the commemoration.

The mother of Mohamed Matar (26) killed on June 3, said she holds the Rapid Support Forces (RSF) government militia accountable for the June 3 massacre. She accused RSF Commander and deputy head of sudan's Sovereignty Council, Mohamed Dagalo, better known as 'Hemeti, and his brother and RSF Deputy Commander Abdelrahim Dagalo of being behind the violence.

Between the many cheers from the crowd, she added that the ample evidence collected confirms these accusations.

The mother set coming June 3 as a deadline for "those responsible for the crime [..] to admit their involvement in the massacre to the Sudanese people". The militia should then be dissolved and its members be included in a unified national army. If this does not happen, "June 3 will be the starting date for the escalation of actions demanding justice for the protestors killed".

The Socialist Doctors Association also hold "the Sudanese military and their partners" responsible for the unnecessary spilling of innocent blood on June 3, 2019. In a statement yesterday evening, they call for retribution "no matter how long this will take".

'No orders to shoot'

The Sudan Armed Forces (SAF) responded in a statement on yesterday evening that "no instructions were issued to the forces protecting the army command to use live ammunition against the people.

"What happened [today] will be subject to investigation. The results will be disclosed to the public, and the perpetrators brought to justice," the statement said and emphasised its "commitment to protecting the transitional period and guarding the gains of the revolution".

Prime Minister Abdallah Hamdok strongly condemned the use of live bullets against peaceful demonstrators in a statement yesterday evening.

He called for an urgent meeting with the ministers of Cabinet Affairs, Defence, Interior, Justice, Information, the director of the General Intelligence Service (GIS) and the Attorney General. A government statement will be issued following the meeting.

'The result could lead to a coup d'état or to mass unrest in the streets' - Lawyer Nabil Adib, head of the Sudanese commission of inquiry into the June 3 massacre

No investigation results yet

On the request of PM Hamdok, an independent national commission of inquiry into the June 3 massacre was formed in September 2019. In October, the names of the committee members were announced, and investigations started.

Headed by prominent lawyer and human rights defender Nabil Adib, the commission began collecting testimonies, photos and video recordings of more than 3,000 witnesses. In December, the commission started its in-person questioning of the military members of the Sovereignty Council.

Many Sudanese have been wondering why the commission has not been able to round up its report. On April 27, El Midan newspaper, the mouthpiece of the Communist Party of Sudan, posted an interview with two mothers of killed protestors, who say they will continue calling for retribution. They as well called for the immediate dismissal of the head of the commission, Nabil Adib.

On May 4, the Washington DC-based Newslines, the magazine of the Newslines Institute for Strategy and Policy concerning the Middle East, published an interview with Adib about the subject.

"The result could lead to a coup d'état or to mass unrest in the streets," the human rights defender replied.

"He said that he will only consider evidence, not political implications, when pressing charges," the interview reads. "He then attributed the delay of the investigation to the unrealistic deadline he was given to mount a task this large.

"Despite his assurances, his team still hasn't assessed numerous online videos that show security forces dispersing the sit-in. While nobody on Adeeb's committee has the expertise to authenticate the footage, he is permitted to request assistance from the African Union (AU). However, Adeeb said that the AU is unable to provide the technical support he needs, so he is soliciting help from Western experts.

"Last December, more than a year after the inquiry was launched, he said he submitted a request to the prime minister to expand his mandate but is still waiting for an answer."