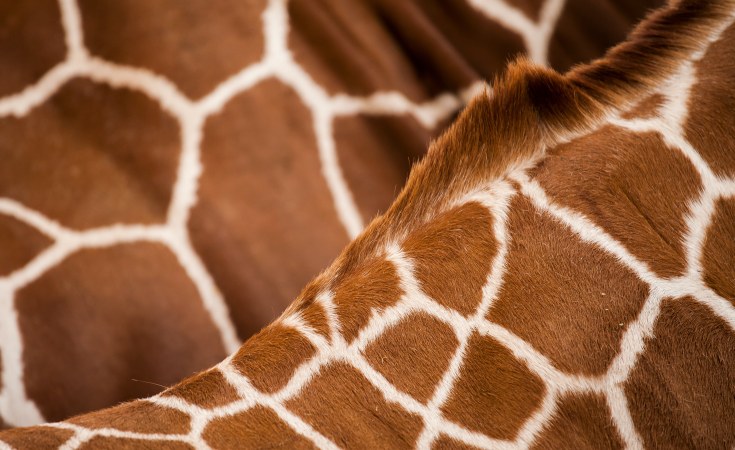 A team of French scientists in Zimbabwe's Hwange National park has developed a deep learning computer system to distinguish between individual giraffes, a tool that could help to conserve this iconic African species from extinction.

Individual giraffes' unique coat patterns, consisting of brown blotches on a tan background, make them difficult to tell apart. And researchers desperately need to distinguish between giraffes since populations in this remote part of northwestern Zimbabwe are on the decline, for reasons still being investigated.

"To our knowledge, this is the first attempt in using deep learning techniques for this task," lead author of the new study, Vincent Miele from the University of Lyon's Laboratory of Biometry and Evolutionary Biology told RFI.

Between 2014-2018 his team photographed around 400 giraffes in Hwange -- the park where Cecil the Lion once lived. Out of a set of nearly 4,000 pictures a training dataset was created by cropping the images to display the animals' flanks. These were fed into a computer system, known as a convolutional neural network (CNN) that analyses visual imagery.

This deep learning system, mostly used in facial recognition of humans, was trained by the scientists to re-identify individual giraffes in Hwange with 90 percent accuracy.

"The advantage of deep learning is that once the computer has been trained, it is very fast and can tackle dozens of images in a few seconds," explained Miele. "Deep learning's algorithms are known to outperform any other algorithms in terms of predicting performance."

Training computers to sift through photographs is critical to the work of field biologists.

Digital cameras and camera traps (remote devices that use sensors to photograph passing animals) can generate tens of thousands of images. These can become overwhelming, the authors note in a new study published in the journal Methods in Ecology and Evolution.

The team managed to train their computer programme with just five or so photographs per animal. These images were then altered, or "augmented" in the laboratory to create variability, making the programme more effective at remembering individuals seen in the park.

"We observed very little or wrong matching," Christophe Bonenfant, co-author of the study told RFI. "When a match is reported the result is really good and reliable."

He said the system is used to obtain important data on group composition, life histories or movement of giraffes.

"Like most giraffe populations in the world, abundance is decreasing at Hwange and obviously everybody is hunting for an explanation," he added.

The CNN system tested in Hwange builds on earlier work that uses artificial intelligence to distinguish between giraffes. Having tools like these to keep tabs on the animals will prove invaluable for their conservation.

Giraffes have undergone worrying population declines without the headline-grabbing attention given to other megafauna, like lions, elephants and rhinos.

The International Union for Conservation of Nature recognises nine subspecies of giraffe. Most are listed as near threatened, vulnerable, endangered or critically endangered.

The Giraffe Conservation Foundation an independent group working in 16 African countries, estimates the animals' continent-wide population has declined by nearly 30 percent since the 1980s, from more than 155,000 to around 117,000 now.

Although the CNN system used in Zimbabwe was designed to recognise and monitor giraffes, it uses freely-available software and researchers can tweak it to apply to a range of other mammals. In Hwange, this might include zebra and kudu, a large antelope that has majestically twirled horns and -- critically -- unique stripes on its coat.

Said Bonenfant: "We hope that our system will be adopted in other sites or species."

Trailing Giants - Clues to How People and Giraffes Can Thrive Together