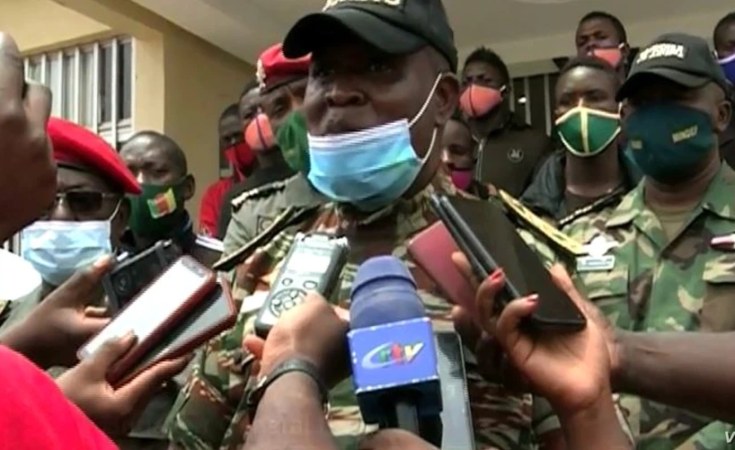 Yaounde, Cameroon — Cameroon authorities say anglophone separatists have been increasing their use of improvised explosive devices (IEDs), which killed 24 people in the past two weeks. Cameroon's military held an emergency meeting on the issue Monday.

Cameroon's Defense Minister Joseph Beti Assomo held two emergency meetings in the past week over the increasing use of improvised explosive devices in the country's west.

After the meeting on Monday, Assomo said IEDs planted by anglophone separatists were resulting in almost daily casualties.

He says as the number of separatist fighters is reducing, the few groups of rebels remaining have resorted to IEDs to fight government troops. Assomo says the military has destroyed many separatist camps, weapons, and fighters, while some have surrendered. He says the military seizes or destroys IEDs on a daily basis, adding that Cameroon's troops will never stop protecting civilians.

Anglophone rebels on social media posts deny that their numbers are dropping and say the IEDs are targeted at the military, to chase them from the western regions.

But, Assomo said at least 24 troops and civilians were killed by IEDs within the past two weeks.

Twenty-four-year-old University of Yaoundé student Chris Verla says the public bus he was riding Sunday from the northwest town of Ndop to Yaounde hit an IED.

Verla says three passengers died on the spot while he and four others were severely injured.

"Some of us have amputated hands and legs. We have now become beggars," said Verla. "We can no longer take care of our families because of these bombs, so we are begging that whoever is doing it should stop. We have suffered a lot because of this crisis. We do not want to be victims of this crisis."

Separatists via WhatsApp and Facebook claimed responsibility for the attack, but said it was targeted at the military.

"It is a strategy used by separatist fighters to oust the military from the territory which they claim to be theirs, but their method is disturbing the civilians," said Akomone. "Many people abandon their properties just because the area is uncomfortable for them."

Defense Minister Assomo on Monday said Cameroon is deploying special troops to the western regions to detect and destroy IEDs.

Cameroon's anglophone separatists have been fighting since 2017 to create a English-state from the French-speaking majority country.

Rights groups have blamed both the rebels and government troops for atrocities, including against civilians.