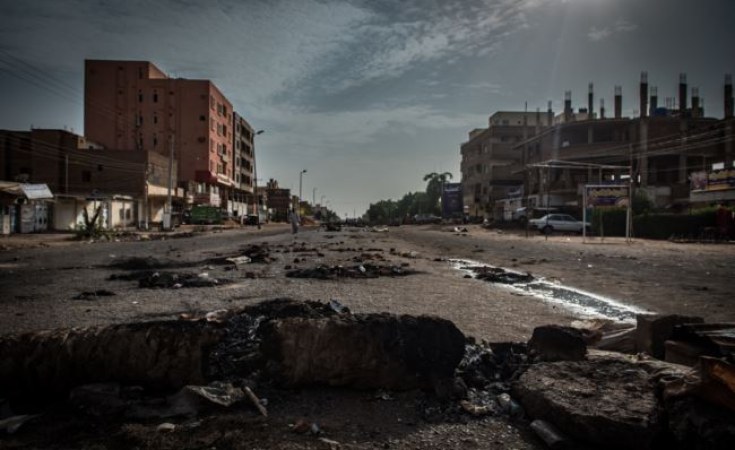 Jason Patinkin/Voice of America
Roadblocks set up in 2019 to protest the June 2 massacre of at least 60 civilians in Khartoum, Sudan (file photo).
Voice of America (Washington, DC)
By Michael Atit

Khartoum, Sudan — The Sudanese army killed two protesters and wounded 16 others Tuesday night in Khartoum on the two-year anniversary of the protest that launched the Sudanese revolution.

The Sudanese Professionals Association condemned the attack and called it a violation of freedom of assembly. Sudanese Prime Minister Abdalla Hamdok instructed the attorney general to investigate immediately.

The Sudanese Medical Doctors Association confirmed that at least two protesters were shot and killed Tuesday outside military headquarters in Khartoum.

Dr. Waliddeen Al Fekki, a member of the association, told South Sudan in Focus that 37 people had been wounded and were being treated.

"About five of them are suffering in very critical condition, and they have been admitted in the nearby hospital[s] around Khartoum," Al Fekki said. Some were wounded in a traffic accident as they were fleeing the area, he added.

He said the transitional government had a duty to ensure that justice is served and that those responsible are held accountable or the protests against the government will escalate.

Saher Al Jazuli, a member of the Abu Adam resistance committee, condemned the killings and said the incident underscored a serious lack of decision-making between the civilian and the military leadership in government.

Ahmed Yousef, a member of the Umma National Party, said the current constitutional document was weighted in favor of the military. He called for creating a justice commission.

"These are very unfortunate events; they set us back a great deal," Yousef told South Sudan in Focus. "To put a firm end to such crimes we must establish the transitional justice [commission], which is very important. Our country is now on a dangerous path and teetering on the edge of the abyss."

Hamdok convened an emergency meeting with senior government officials, including the minister of defense, the attorney general and the director of the general intelligence service, and called for an immediate investigation into the incident. The officials agreed that the perpetrators of the violence must be brought to justice without delay.

In 2019, when security forces raided a peaceful sit-in in front of the military's headquarters, 127 people were killed, according to Sudanese opposition. Authorities stated the death toll was 87. Despite a lengthy investigation, no one has been held accountable for the deaths.

In a statement released after the meeting, the officials said, "Our memory is still burdened with the events that took place two years ago in the vicinity of the military headquarters in which our sons and daughters lost their lives and the hearts of many Sudanese families were broken."

Protesters Demand Justice After Being Fired On By Security Forces 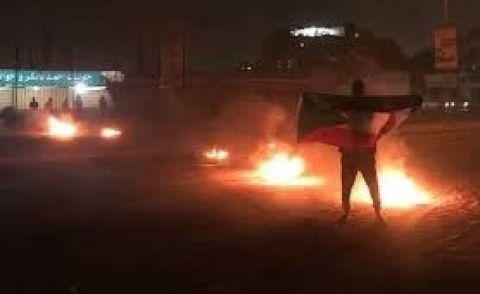 Sudan Council Member Resigns in Protest at Army Crackdown
Tagged:
Copyright © 2021 Voice of America. All rights reserved. Distributed by AllAfrica Global Media (allAfrica.com). To contact the copyright holder directly for corrections — or for permission to republish or make other authorized use of this material, click here.