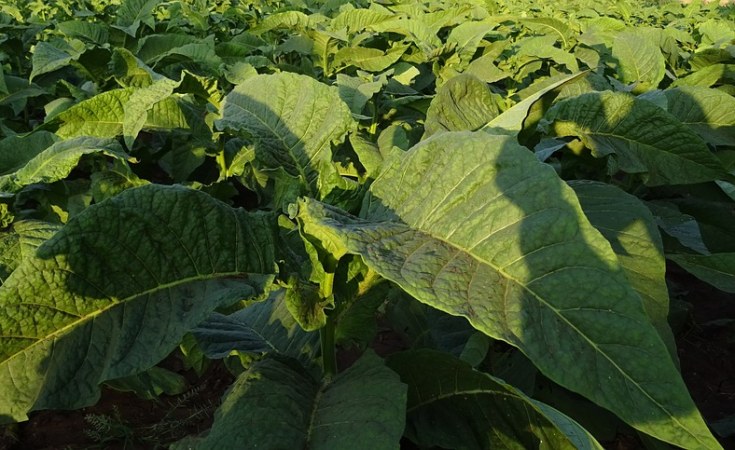 "The Malawi economy can do away with its reliance on tobacco."

There is need for Malawi to seriously reform its agricultural industry because there is no future for the dying gold leaf, tobacco, Malawi President Lazarus Chakwera has said.

Chakwera made the remarks Wednesday as he delivered a State of the Nation Address (SONA) at Malawi Parliament in the capital, Lilongwe under the theme accelerating the change Malawians fought for.

President Chakwera, who bemoaned that the future of the country's tobacco industry is on the deathbed, said:

"It is sad that the tobacco demand not only in Malawi, but across the globe has been declining due to anti Tobacco lobby campaign.

"The inconvenient truth about the tobacco industry in Malawi and beyond, is that it is dying. We have relied on tobacco as a main cash crop for a long time and now that tobacco has no future, it is time we change direction.

Chakwera further explained that tobacco is Malawi's main forex earner and the largest single crop contributor to our GDP, saying; "this reliance is now seriously threatened by declining demand worldwide."

"In fact, this year we anticipate to earn below US$200 million. This is enough evidence to make us think twice about our economic reliance on tobacco," said Chakwera.

Chakwera said there is need for Malawi to start thinking about diversification of other crops in order to sustain the economic terrain.

"Clearly, we need to diversify and grow other cash crops like Cannabis which was legalised last year for industrial and medicinal use," said Chakwera.

The Malawi leader added: "I therefore directed Ministry of Agriculture to begin consultations and a radical search for a basket of alternative crops so that by 2030.

"The Malawi economy can do away with its reliance on tobacco, except in limited cases where there are pre-agreed quotas and prices in an off-take compact agreements trade model."

Chakwera said, in the meantime, before crossing the bridge, his Administration has moved a step forward by proposing changes in the labour laws which shall be tabled in the august House very soon.

Chakwera said, his administration is proposing a review of the tobacco industry Act of 2019, in a bid to revamp the industry a little longer as we manage our exit from this reliance on tobacco.

On AIP Chakwera said he was happy that the programme has been successfully implemented.

He said when his administration announced the Affordable Inputs Programme (AIP), some were up in arms with apocalyptic warnings that this was doomed to fail.

"Although the country recorded 3.8 million metric tonnes of maize in the 2019/2020 growing season, the Malawi Vulnerability Assessment Committee estimated that 2.6 million people would be food insecure in the 2020/21 lean season.

"I am pleased to report that Government, with support from partners provided relief items to the affected households." He said.

He said more significantly, the 2020/2021 production level is 42.6 percent above a five-year average of 3.1 million metric tonnes which is more than sufficient

for domestic consumption and a projected surplus of 1.1 million metric tonnes over the country's estimated consumption needs will be exported to boost farmers' incomes.

"I wish to put it on record that my administration is not allowing this success to make us complacent.

"We are already conducting the Malawi Vulnerability Assessment to identify areas of low yields so as to ensure that those who may be food insecure in the 2020/21 lean season are supported," said president Chakwera.