Zimbabwe: No, No, No... You Can't Just Go Like That Never Gasho 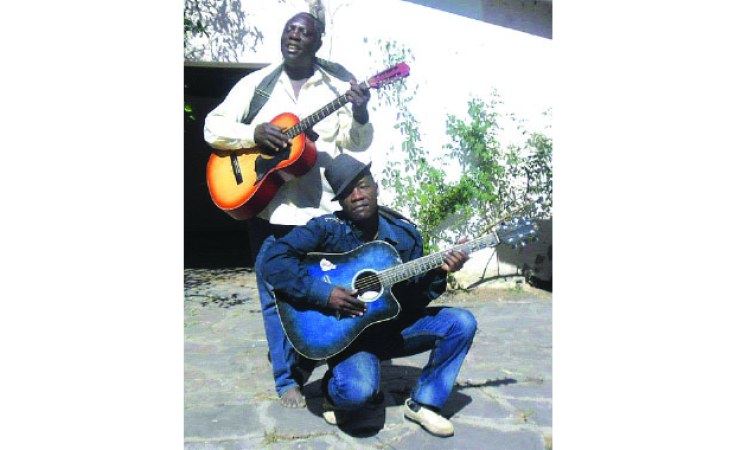 Dry leaves cracked under our boots, sending feeding termites into a rattling protest as we moved into the sacred caves of Magweto Mountain, some 50 km north west of Karoi, in Hurungwe.

I walked behind Never Gasho and another journalist Noah Pito was behind me. There were three or four more villagers on tow. Gasho had left his farm, his business, his band and little everything else, to give me access to a rare story about a community that ate bats. There, bats are a delicacy.

Towards sunset after footing for 10 km, we used our hands to push aside fluffy heads of the tinder dry tall grass to clear the way.

Tree branches swayed with the rhythm of strong mountain top winds, while our bodies formed ghostly shadows, off the mothballed sunset horizon.

Fish eagles performed a piecing evocative duet, atop a huge Msasa tree almost sending us scampering for cover. Gasho cast a cautious look at me as if to say: "Boy, I told you this gonna be dangerous!."

I looked up and at a glance, saw the eagles' distinctive, black white and chestnut feather patterns, gleaming boldly in the sunset hue as they tossed their heads backwards and forth.

On the other side of the slope Musuka River which seemed to be on its final journey to its confluence with Sanyati River was flowing quietly.

The excursion was fierce, nerve-wrecking, hair-raising and spine-chilling as we were all oblivious of the fact that many people had gone into Magweto Caves, never to return. Three weeks earlier a man and his son had gone in to collect bats, never to be seen again.

Gasho, was my source of the story and had explained to me.

"We only go into the caves and come back at the benevolence of the spirits, who guard the caves, jealously. Who knows what they think about us?"

"No story is worth your life," echoed the journalism school training adage, yet I soldiered on because I was committed to the story.

We were now halfway atop the sacred mountain when the officiant of the spirits organised for us by Gasho, Mr Ephraim Gombarago Matsvaire, suddenly stopped and instructed us to kneel down in a shaky shriek of a voice.

An aura of fear surrounded us.

Matsvaire's hands trembled as he took snuff from a worn pouch, sprinkled it on the ground and pleaded with the ancestral spirits -- the sacred vanguards of the Magweto Mountain and its chain of inter-connected caves -- to understand our cause, protect and guide us.

We bowed our heads, removed our hats and clapped systematically, along with him.

More fearful than before, took off for the final journey into the mountain.

Of course, no one was sure whether the ancestors had approved of our presence or not but he had to proceed.

Suddenly, we came to the large caves that are home to hundreds of thousands if not millions of bats.

Each day around 7pm the bats fly out in all directions in a noisy flap of wings and cover a huge area that one cannot see the sky until they fly away.

"This is it," Matsvaire shrieked again.

To stay and watch the spectacle, all team members, should not have "touched the breast of a woman the previous night".

I insisted in going into the cave, but Gasho and the village head refused. SO I had glimpses of the inside of the cave, where a huge python lay still, probably feeding on the bats.

"There is no guarantee that all of us did not sleep with women last night. We must have slept in one room to trust each other.

"The best I have done is to lead you to this cave. We can look from the outside. No one will go in today," declared the village head.

I was to write one of my best stories, headlined "Where bats are a delicacy!"

There, villagers chop off the bat's head that looks like a dog's and the cut off the flabby and rubberish wings then remove the fur with hot water or fire then finally boil for relish. The bats have too much fat that remains in the pot and villagers use the fat to fuel lamps. It burns like paraffin.

"The bats are a delicacy. It is good meat. It tastes like goat meat, except that it is too fatty.

"One or two bats can do for a person's meal. The fat at the bottom of the pot is used for lighting purposes."

Karoi Afro jazz musician, philanthropist, farmer, and socialite Never Gasho who died on Monday to Covid-19 complications was a man of many antics and characters.

Your association with him on each day, depended on which Never Gasho appeared before you.

His thoughts and character shifted like the shifting tapestry of his guitars and percussion in his music. But on the final analysis, he had a big heart, he loved people, he loved making news and being a news source, at the same time. He loved knowing what was happening around him.

Gasho was a darling of many journalists, always with a juicy story in his drawer. He would go out of his way to make sure you get your story.

I first met Never Gasho, when he came to collect "The Terrible Twins" Tapiwa and Tapiwanashe, who had gained notoriety for walking the streets of Harare wearing only kilts.

The boys had been in and out of court but Gasho offered to rehabilitate them through a cleasning traditional ritual. Indeed, Gasho took the boys to the custody of the spirit mediums Mbuya Nehanda and Sekuru (Makamure) Kaguvi, where the ritual was performed they the boys got back to their senses.

Thereafter the boys even married and he helped them start their own businesses in mining and farming.

A few months later, I decided to check on the twins and set off to see Gasho.

Towards sunset, an epitaph with a witch gliding on a broom, announced my arrival in the town of Karoi: Karoi Welcomes You!

I called Gasho, a very reliable news source with almost everything happening in Mashonaland West Province on his fingertips.

After several missed calls he answered, bubbling as usual, and directed me to the bank of Karoi River past Chikangwe low density suburb.

There I was shocked. I was stunned.

What? Gasho had collected with his truck five vagrants from the streets of Karoi town and was bathing them by the river, like babies. When I got there he was scrubbing David a mentally ill man known in the town as Diva. He bathed and toweled Diva dry. But throughout the bathing they were conversing nicely like brothers.

Gasho clothed Diva with new clothes and shoes and then did the same to four others.

"These guys are not mad, they have just a small missing link with the way we think. I understand them and they understand me. I bath them thrice a year, when it is not cold," he quipped.

Back in town he bought them food from a fast foods takeaway and released them onto the streets.

I spent half that night at his house, a huge mansion, the biggest house in Karoi that time and aptly named Hollywood by the locals, for its stature and flamboyance. His band, was rehearsing there. He was shocked I did not partake alcohol and snuff. But we clicked. He offered to teach me how to play a guitar and indeed years later he taught me.

In 2012, the town council had problems cutting the grass and Gasho donated 20 tonnes of maize for a Food-for-Work clean up exercise in the town.

A few days before his death Gasho was positive he would overcome Covid-19. He spoke with a very small voice.

But on Monday night, he breathed the last. Farewell Never.

At some stage, Gasho, who was a traditionalist, who read the Bible with a cunning taste of connecting with the African tradition, a few years ago joined a Pentecostal church in Karoi and within a month, he had built them a block of toilets. For one reason or the other, he disagreed with one of the pastors and left. He called me to go and witness the destruction of the toilets and get a good news story. I persuaded him not to destroy them. I said it was bad publicity and so he let sleeping dogs lie.

Gasho had six albums to his musical career. He participated in many jazz festivals. He disagreed with many promoters over what he termed "manipulation.".

Karoi, Mashonland West and Zimbabwe will be poorer without Never Gasho. Each morning he posted on Whatsapp groups sermons on traditionla African religion and dreams.