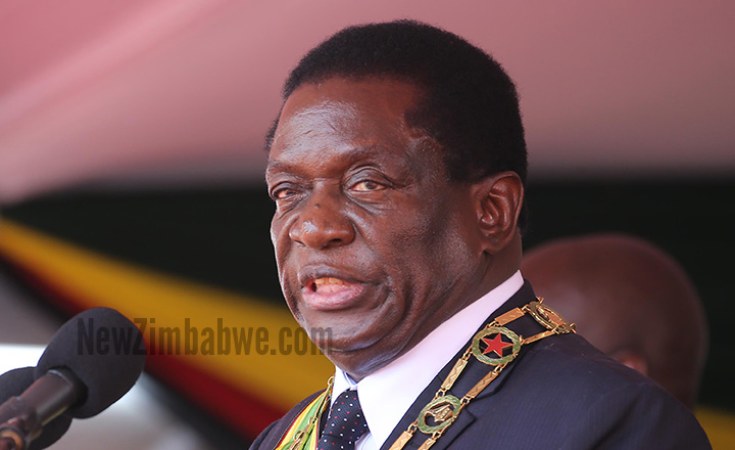 This follows the highly condemned passing into substantive law, of Constitutional Amendment Bill No.2 by the national leader helped by a pliant Zanu PF dominated parliament.

The law is seen as an attempt by the Zimbabwean incumbent to centre power around himself.

Under the new law, candidates in future presidential elections will no longer be obliged to select running mates.

The controversial law also grants the sitting president the prerogative to handpick judges to the country's courts, a departure from the old system in which the jurists were first subjected to public interviews to inquire into their suitability to hold the esteemed jobs.

The law also extends judges' terms of office beyond their retirement age of 70.

However, at a media briefing in Harare Wednesday, Madhuku said Mnangagwa had shown he was keener on centring power around himself as an individual as opposed to strengthening the presidency as an autonomous institution.

The NCA leader, a veteran of many battles with Mugabe's regime when he fronted a relentless campaign for a new constitution during the late former leader's brutal rule, said Mnangagwa had proven he actually craved for power more than his predecessor.

Said the politician, "What is more dangerous in the amendment is that it personalises that consolidation (of power)... it is very clear that power is being concentrated not in the hands necessarily of an office but of an individual who is in office."

Madhuku added, "It is all about the personal love for power by President ED Mnangagwa. So, as NCA, we wish to put it to the public that we notice a very dangerous trait in Amendment Number 2.

"It's a level above what we are used to.

"We have been in this game to say that we need a people driven constitution. At one point, we were dealing with President Mugabe and some people thought that it was all about Mugabe but what has happened with Amendment Number 2 is that the current President has gone much beyond what President Mugabe was doing in terms of loving power as a person and concentrating it and l think it shows the trend that came out in a video where the President is saying 'In 2030, l will still be there'."

Madhuku urged citizens to escalate debate around the controversial amendment.

"We call upon Zimbabweans to take the debate to a higher level and say this is bad, what has happened. We all agree it is bad.

"We cannot just wake up and change the constitution in the manner that it happened," he said.

He said his party "will politicise, we will continue to criticise Zanu PF's approach to politics".

"We will continue to do it in all platforms and we go down to people to mobilise.

"We are not afraid of being arrested for condemning the Amendment Act."