South Africa: Ten Years From Tatane to Ntumba - It Is Time to Take Rubber Bullets Out of Protest Policing 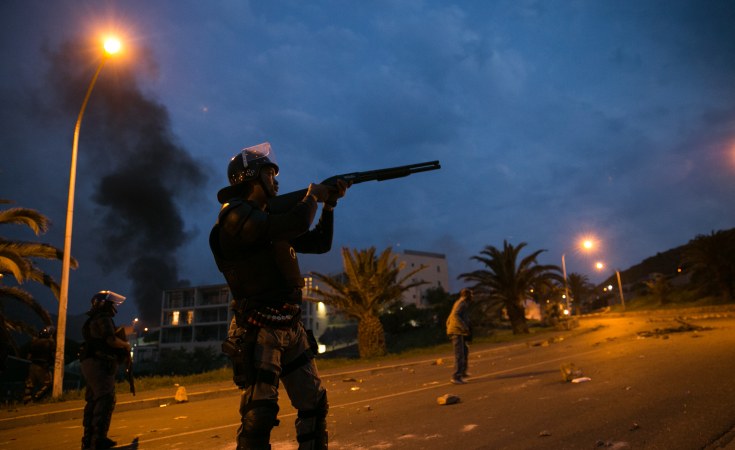 The death of Andries Tatane in 2011 should have brought an end to the police's use of rubber bullets in public order policing, as should the report of the Marikana Commission of Enquiry. The recent death of Mthokozisi Ntumba would have been prevented if this had been done, and once more shows the urgency of the call to stop their use.

Ben Winks is an independent advocate specialising in constitutional and international law, and a visiting researcher at the University of Johannesburg.

Ten years ago, South Africans watched in horror as major news outlets broadcast blow-by-blow footage of the brutal killing of Andries Tatane. The 33-year-old maths and science teacher from Ficksburg in the Free State had been leading a peaceful community protest against water shortages and other government failures.

We watched him being pummelled with batons by half a dozen armoured policemen and shot in the chest from less than 2m away with a shotgun round of rubber pellets. We then watched him bleed, stumble, collapse and take his last breath. He left behind a wife, two children and a community clamouring for answers and accountability.

Our humanity compels us to assume that the officer who fired the fatal...