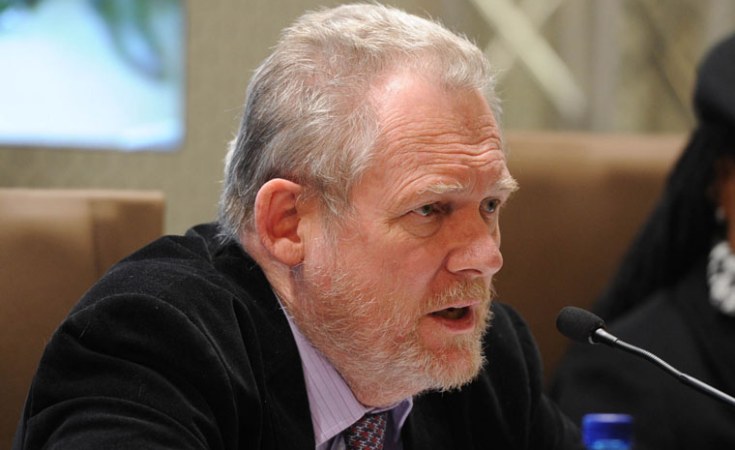 A new book by Rob Davies, a former South African Trade and Industry Minister, provides a candid and detailed insider's account of the evolution of the country's post-apartheid political economy.

He makes it clear from the outset that this is a memoir and not an autobiography. But, as one reads on, it becomes obvious that it is impossible to separate his personal experiences from the momentous events that have shaped democratic South Africa.

The book's fourteen chapters cover topics as varied as the apartheid context, the southern African region, Mozambican socialism plus economic policy in the transition to democracy and in the first democratic administration led by President Nelson Mandela. It also covers the importance of the governing African National Congress's (ANC's) eventful 52nd national conference in 2007. It looks at trade policy challenges, too, as well as politics and economics in the era of President Cyril Ramaphosa.

The early years and ideology

Early in the book the reader is introduced to the intellectual ideas that moulded Davies's ideological worldview. His doctoral thesis at the University of Sussex, Britain, examined the relationship between capital, the state and white labour in South Africa.

Under the tutelage of exiled South African Marxist scholar Harold Wolpe, he became a member of a coterie of theorists and scholars. Mostly of Marxist orientation, they were concerned with analysing the relationship between capitalism and apartheid.

Davies's 11 years in exile in Mozambique, where he worked as a researcher alongside Ruth First, an anti-apartheid activist and academic, at Eduardo Mondlane University, gave him direct exposure to Mozambique's history and socialist model. It also deepened his understanding of the southern African region. He writes frankly about the failures of Mozambican socialism, while highlighting its achievements.

The book focuses mostly on economic issues. This is not surprising, given the author's long history of dealing with economic matters. He recounts in detail the political and social changes that took place in South Africa following the 1994 elections that ended apartheid.

He is critical of economic policy during the first ANC administration. He reserves particular criticism for its macroeconomic policy framework introduced in 1996, the Growth, Employment and Redistribution Strategy (GEAR).

It was developed "without prior consultation" with any of the ANC's alliance partners - the South African Communist Party and labour federation Cosatu. Davies bemoans that GEAR led to the controversial scrapping of the Reconstruction and Development Programme. The radical economic programme was designed to redistribute income, wealth and economic power and, at the same time, stimulate rapid economic growth.

These are valid concerns. Others include the point that GEAR failed to meet its job creation targets. It did not yield desired levels of foreign investment either. But his analysis lacks a nuanced appreciation of the national context. This includes the fact that when GEAR was unveiled, the country was mired in a debilitating currency crisis, amid dwindling international confidence. And he doesn't say whether the policy accomplished anything.

Davies thinks that the debate that pitted the supporters of GEAR against its detractors could be described as "macroeconomic fundamentalism". The proponents emphasised the need for macroeconomic discipline. Critics argued in favour of an expansionist neo-Keynesian economic approach.

What was missing from the debate was

any profound engagement with the constraints being imposed by the structural characteristics of the productive economy, the changes that were taking place in it and the kind of transformations that were therefore necessary at this level to move to a qualitatively different new growth path capable of addressing the triple challenges of unemployment, poverty and inequality.

Davies argues that the ANC's 52nd conference, and the subsequent ascent of Jacob Zuma to the highest political office, represented an opportunity for the radical transformation of the economy.

The focus was on active trade and industrial policies. These included the adoption of strategies for beneficiation (adding value to mineral resources) and localisation (designating that a certain portion of goods be bought locally for government's infrastructure programmes). The policies were touted as being central to the structural transformation in the productive base of the economy. They were to be joined by an effective land reform programme.

A "developmental trade policy", set out in several iterations of the Industrial Policy Action Plan, would alter the structure of the economy, enabling a shift to higher value-added production. It is not evident whether these economic objectives were achieved.

Davies outlines some policy successes. These include significant investments in the automotive, pharmaceutical and agro-processing sectors. Others include retention of thousands of jobs in clothing and textiles. There were also notable advances in metals fabrication industries.

Even so, it is questionable whether these industrial policies succeeded substantially to stem the tide of deindustrialisation that has hobbled the post-apartheid economy.

Davies seems to concede this reality when he states that

we had not yet remotely reached the stage of having sufficient impact decisively to create conditions for a new, productive, sector-driven inclusive growth path.

As a public servant he was not only hardworking but had an impressive command of policy and technical detail. This is laid bare when he discusses trade policy challenges. His good understanding of the global political economy, coupled with his mastery of policy detail, made him an effective trade diplomat.

His vast knowledge, sharp insights and extensive experience stood him in good stead. He led South Africa's charge in dealing with intractable problems within the World Trade Organisation and renegotiating the Africa Growth and Opportunity Act with the US. He also led in negotiating Economic Partnership Agreements with the EU and engaged with counterparts in the Brazil, Russia, India, China and South Africa (BRICS) grouping.

His concerns about what stalled progress within the Southern African Customs Union between South Africa, Botswana, Lesotho, Namibia and Eswatini deserve serious attention.

Like his colleagues within the South African Communist Party and Cosatu, Davies was initially hopeful that the Zuma administration (May 2009 to February 2018) would usher in a new era of economic and social progress. He is disappointed with what it turned out to be.

He points out that in spite of some advances, including those in the area of HIV/AIDS policy, the

Zuma presidency ended up being an extremely destructive demobilisation of state capacity through rampant looting.

Davies cannot delink himself from the historical events in which he took part. As his earlier cringeworthy interview with the BBC's Stephen Sackur showed, he missed a chance to speak out more forcefully against economic mismanagement and state capture.

Overall, this is a thoughtful, well-researched and informative book. It is a substantive, and in some respects original, contribution to the post-apartheid political economy literature.

The writing style is somewhat turgid but this is eased by the fascinating anecdotes. The book will serve as a valuable resource to everyone who is interested in South Africa's contemporary political economy.