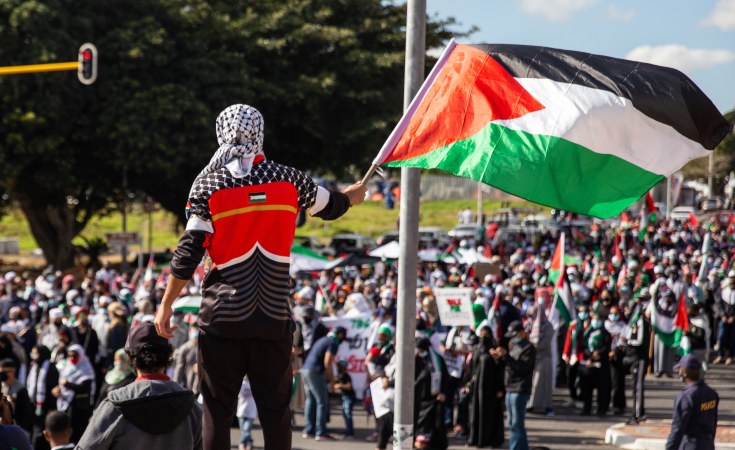 Cabinet has expressed strong condemnation of the recent attacks on Palestinian protesters at Al Aqsa Mosque and the Dome of the Rock.

Cabinet in this week's meeting also expressed dismay at the unlawful evictions of Palestinians from their homes in the Sheikh al Jarrah in the annexed East Jerusalem to make way for Israeli settlements.

"Israel's actions are in stark violation of international law, and a total disregard of the United Nations Security Council Resolutions, (UNSC) including Resolutions 446 (1979) and 2334 (2016) which explicitly call for an end to Israeli occupation and the fulfilment of the rights of the Palestinian people, including to self-determination and independence," Cabinet said in a statement on Thursday.

Cabinet called on Israel to stop the "barbaric attacks" on Palestinians and commit itself to international efforts aimed at reviving a political process, leading to the establishment of a viable Palestinian state, existing side by side in peace with Israel within internationally recognised borders, based on those existing on 4 June 1967, with East Jerusalem as the capital Palestine.

Meanwhile, Cabinet expressed concern about the situation in Mozambique and continues to monitor developments.

"Accordingly, Cabinet expressed its full support to efforts of the Southern African Development Community to bring about lasting peace and security, as well as reconciliation and development in Mozambique."

In March, South Africa expressed concern at a spate of attacks against foreign nationals in Palma, northern Mozambique.

The conflict, at the time had left dozens dead and tons displaced and missing after a group of terrorists stormed the town.

Jewish Board Calls on Govt to Condemn Attacks on Israelis

Call for Israeli Embassy in Pretoria to Be Closed