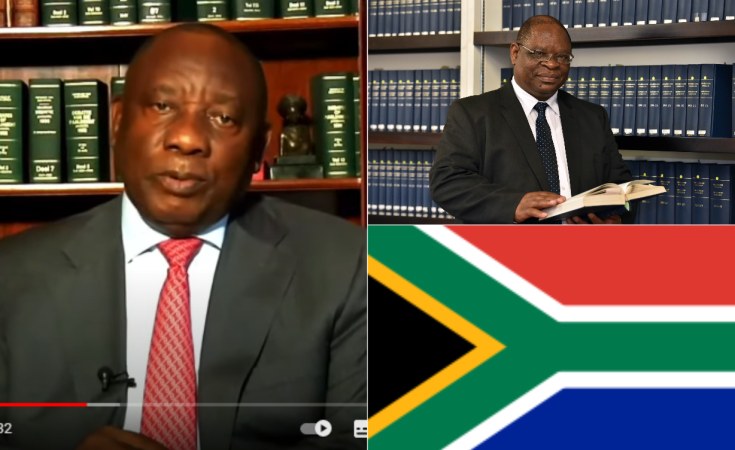 In the first of this two-part series, evidence before the state capture inquiry shows how the multibillion-rand deal went ahead despite warnings about the exorbitant cost and danger to health. [Part 2]

It is common knowledge that former president Jacob Zuma fired then minister of finance Nhlanhla Nene in December 2015 because he would not support Zuma's 9.6GW nuclear deal. But what is less well known are the falsehoods told by the deal's supporters to coerce reluctant Cabinet ministers - and the country at large - into believing that nuclear power was in South Africa's best interests.

Witnesses before the Zondo commission investigating state capture revealed the lies told about nuclear power relating to its alleged safety, its alleged cost and the alleged handling of nuclear waste. Evidence before Judge Raymond Zondo shows that parts of the ANC executive were hell-bent on pursuing the deal, with scant regard for South Africa's fiscal health, or the health and interests of its residents.

The Department of Energy presented these falsehoods to Cabinet on 9 December 2015, in a presentation declassified before the Zondo commission. The department was then headed by Tina Joemat-Pettersson, a Zuma loyalist.

The department told Cabinet that nuclear power is safe. It said only 60 people died because of the Chernobyl catastrophe in then Soviet Ukraine in 1986, and that no one died because of the Fukushima Daiichi disaster caused by an earthquake and subsequent tsunami in Japan in 2011. The Chernobyl fatalities figure that the department cited was based on the original assessment by the United Nations, which it increased dramatically in 2005 to 4 000 fatalities. But many consider this figure to be a gross underestimate, with some sources claiming that as many as 500 000 will die because of that nuclear disaster (the Russian Academy of Sciences estimates 200 000).

The Ukrainian government compensates 35 000 spouses of people it has deemed to have died from Chernobyl-related health problems, while non-profit science advocacy organisation the Union of Concerned Scientists estimates the death toll at 27 000.

We will never know the true fatality total because there has not been a comprehensive, longitudinal examination of the health impacts of the disaster. This means that deaths from cancer in the Ukraine, Belarus and Russia are simply recorded as such and are not linked to Chernobyl, despite increasing evidence that long-term exposure to low levels of ionising radiation is more dangerous to human health than previously thought.

For the same reasons, we will also never know how many people have died or will die from the Fukushima accident because deaths from cancer are not linked to the disaster. There is also a problem in simply recording death rates as this tends to hide chronic illnesses, suffering caused by illnesses and negative impacts on mental health.

The department also brazenly told Cabinet that nuclear waste was not a problem because it "is stored deep underground". Nowhere is nuclear waste from power generation stored underground. Where it is being attempted, for example in Finland, it is hugely expensive and no one knows yet if it will work.

Critically, the department told Cabinet that nuclear power was the cheapest option for South Africa. It presented figures stating that the operating costs of nuclear were six times cheaper than those of coal in the country. What the department conveniently forgot to mention was that these costs excluded the enormous cost of construction for Koeberg - Africa's only nuclear power station on the Western Cape coast, which cost more than planned - and the colossal cost of decommissioning this plant when the time comes.

If the true cost of nuclear power had been factored in, it would not have appeared viable. This was precisely what the government-funded Council for Scientific and Industrial Research (CSIR) told the government. As did numerous other expert sources such as the Energy Research Centre at the University of Cape Town and private think-tank Meridian Economics, to name just two.

The department blatantly ignored these facts. Instead, it claimed that the construction of 9.6GW of nuclear power would contribute R40 billion to South Africa's gross domestic product each year during construction, and add another R5 billion for each year of operation. The department's presentation noted that it is difficult to assess the impact of energy on economic growth, but this did not stop it from telling Cabinet that the estimated R650 billion investment would "produce a total return of R3.2 trillion for South Africa".

These pie-in-the-sky figures were attributed to a nuclear engineer from North-West University with no qualifications in economics. Such was the determination in 2015 to proceed with the deal that this opinion was deemed more important to the department than that of the CSIR and all the other institutions, energy professionals and economists opposed to the procurement.

The department's presentation was replete with additional financing issues. It listed the rand-to-dollar exchange rate at R10 to $1, despite the rate at the time being R14.50 to $1. This underestimated costs by up to an astonishing 40%. The presentation put the cost of nuclear power over plant lifetime (the levelised cost) at $2 500/kW to $6 500/kW, whereas the true cost in 2015 was somewhere between $6 500/kW and $8 500/kW. The average cost in the United States that year was $7 600/kW. Despite this, the department assumed costs of $5 000/kW in its conclusion.

The presentation indicated that localisation - the contribution South African companies would make to the nuclear build - would result in economic growth during construction. At the same time, however, it noted that export credit financing would be used to cover 70% of costs. This would result in extremely limited localisation, as export credit financing is only offered by a vendor country if its exports predominate. This blatant contradiction was left unchallenged by Cabinet.

The presentation did acknowledge that the procurement of nuclear power would affect electricity tariffs, but casually noted that "raising tariffs would reduce fiscal costs by shifting some of the burden to electricity consumers". It also acknowledged that there were "affordability limits" and proposed a "stop-go" decision-making process.

While it is not absolutely clear what the department meant by this, it seems to imply that if costs become unreasonable the government should be able to withdraw from the procurement. What implications this would have for the government's credibility, or what resources may already have been sunk and thus lost in now stranded assets, was left unexplained.

Overall, the department's presentation estimated costs for the procurement of 9.6GW of nuclear power at between R240 billion in a "best-case scenario" and R624 billion in the "worst case".