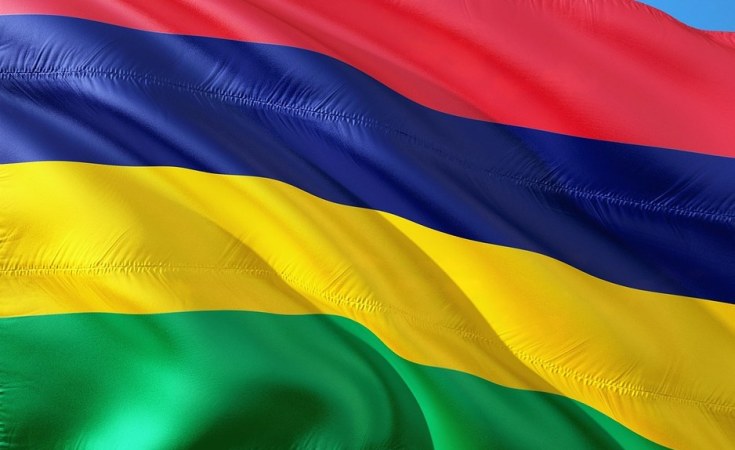 Mauritius has been listed as one of the world's top ten autocratising nations. Can the people save it?

Over the past few decades, Mauritius has built a glowing international reputation. It is regarded as one of the best managed democracies in Africa, as a place to do business, and as a country where the rule of law is upheld. However, recent reports have begun to challenge this "picture perfect" image.

Most notably, Mauritius was put on the European Union's blacklist for money laundering and terrorist financing last year, jeopardising trust in the country and potentially undermining its financial services sector. Then, earlier this year, Mauritius was listed alongside the likes of Brazil, India and Turkey as one of the world's "top ten autocratising countries" between 2010 and 2020 in a report by the V-Dem Institute.

What's behind this fall from grace of a country recently considered a textbook for success?

A key moment in Mauritius' democratic decline were the 2019 general elections. The island's previous eleven elections had typically been well-managed, but this poll was fraught with allegations of irregularities and unfair practices.

These ranged from inconsistencies in the electoral register, to marked ballots being found outside counting centres, to widespread allegations of fraud and bribery. One of the respondents interviewed for the Westminster Foundation for Democracy described how "for the first time in my political career, I have witnessed so much money in circulation. Big means were used. Millions of Mauritian rupees were laundered. In each constituency, vast amounts of money were used."

The ruling Militant Socialist Movement (MSM) and Prime Minister Pravind Jugnauth were officially returned to power, but opposition parties filed ten petitions in the Supreme Court contesting the validity and credibility of the results. 18 months later, the court is still yet to make its ruling.

In some ways, the disputed elections were a sign of things to come. After winning the elections, the MSM-led government quickly signalled its unwillingness to tolerate dissent. To begin with, the party ran roughshod over the long-standing tradition that the Speaker of Parliament is selected in consultation with the opposition. Instead, the party used its majority to install MSM loyalist Sooroojdev Phokeer, who has acted with little impartiality since.

In 2020, the speaker expelled or suspended opposition MPs 14 times for asking questions about corruption allegations linked to Jugnauth or the then deputy prime minister. Then, this March, Phokeer went even further by indefinitely suspending three MPs who protested his decision to withdraw from the Hansard and delete footage of a question an opposition member had asked the previous week. These elected officials will be barred from participating in parliament or voting until 2024 unless they tender "unreserved apologies". This situation is unprecedented and has shocked many.

Other supposedly independent institutions have also been accused of bias. The Independent Commission Against Corruption (ICAC), Independent Broadcasting Authority (IBA) and Police have avoided investigating those close to power. Meanwhile, the National Audit Office (NAO) has complained of restrictions in its attempts to conduct its 2019-2020 audit, saying it "had to deal with situations where NAO officers either could not have access to records or such access was simply denied".

The auditors did, however, have enough information to raise serious concerns about government spending. Corruption, nepotism and cronyism have always existed in Mauritius, but the COVID-19 pandemic has taken them to another level. According to the NAO, "medical disposables to the tune of Rs 850 million [$21 million] were purchased from private companies which had no previous dealings with the Ministry of Health and Wellness (MOHW) in such goods. The average prices paid for some medical disposables were up to 67 times higher than the last price paid for."

Many in Mauritius are also concerned by what they see as a creeping surveillance state. Financed by a $350 million loan from the China EXIM bank, the government launched the Mauritius Safe City Project (MSCP) in December 2019, installing 4,000 CCTV cameras across the island. These are accessible by the Police, which falls under the purview of the Prime Minister's Office.

The ruling party also recently published proposed amendments to the ICT Act "to effectively address any inappropriate use of social media platforms". If approved, all internet communications in Mauritius would pass through a centralised proxy server managed by Information & Communication Technologies Authority (ICTA) that could access, decrypt, analyse and block traffic. This method of filtering data bears a chilling resemblance to "The Great Firewall of China", which severely restricts freedom of expression and information.

In the island's history, Mauritians have rarely taken to the streets to protest. This can be partly explained by the fact that independence was peaceful and that governments since then have tended to emphasise national unity while investing in a generous welfare state.

Following the MV Wakashio oil spill in July 2020, however, this changed. Two massive street protests saw tens of thousands of protesters expressing their anger at government inaction and opacity in dealing with the environmental catastrophe. Many openly demanded the resignation of Prime Minister Jugnauth.

These demonstrations were momentous in terms of their turnout, diversity and explicit demands for change. They also led to the emergence of new citizen-led groups such as Linion Sitwayin (Citizens' Union), Ideal Democrate (Democracy Ideal) and En Avant Moris (Let's Go Mauritius). At the same time, the Mauritian diaspora - believed to number about 200,000 people, compared to the country's 1.3 million population - has become more vocal. A group called the Mauritius Global Diaspora recently organised "Virtual General Elections" on their right to vote.

It is too soon to say if these new political formations can sustain popular support and provide a credible alternative to the mainstream political parties that have dominated Mauritius' political landscape since independence. But what is clear is that many Mauritians are deeply dissatisfied. In a 2020 Afrobarometer survey, 36.4% said they considered Mauritius either "not a democracy" or "a democracy with major problems", while 53.6% of respondents said the country is "going in the wrong direction".

Roukaya Kasenally is a democracy scholar and an Associate Professor in media and political systems. She is currently the Chair of the Electoral Institute of Sustainable Democracy in Africa (EISA) and part of the International Advisory Board of the Electoral Integrity Project (EIP).