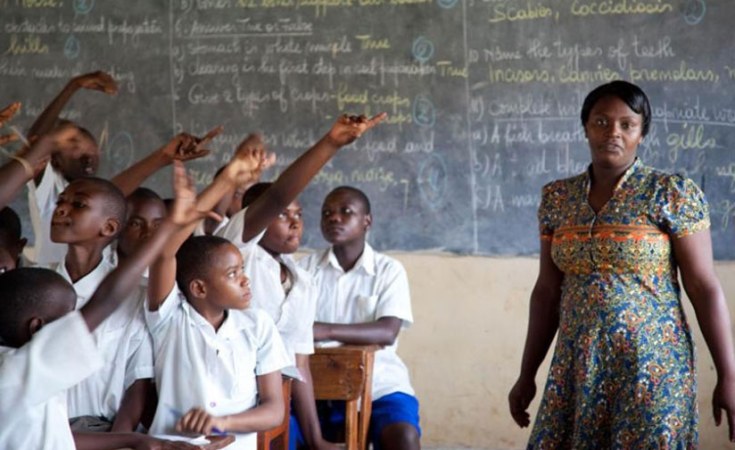 Humanitarian situations, especially protracted violent conflicts, are a serious barrier to accessing education. This is why, for 30 years, aid practitioners have been advocating for "Education in Emergencies". The idea is to try to ensure "the right to education in emergencies and post-conflict reconstruction".

But violent conflicts pose significant challenges to deliver education in emergencies. For instance, in Rwanda, schooling rapidly deteriorated when the 1990 civil war began. Schooling came to a complete stop in April 1994 and reopened again in September 1994. By this time the genocide against the Tutsi had ended. About 75% of the primary and secondary teachers had been killed, had fled or were in prison. While there is no accurate data on out-of-school children during this emergency, net enrolment increased from just 61% in 1992 to 75% in 2002.

I conducted research on the impact on education of the violent conflict in Rwanda in the lead up to, and the years after, the 1994 genocide.

The research involved 23 life story interviews with Rwandans and former refugees from the Democratic Republic of Congo and Uganda who had been forced out of school. From these, I established that some learners had since managed to achieve their second chance at education. I also realised that many of them had lost education a lot earlier than 1994 due to discrimination based on ethnicity, region and religion.

Emergency situations can last for years and create a backlog of education. This means that governments, humanitarian actors and aid agencies need to plan and prepare second chance opportunities for formal education. My research shows that this needs to be accessible, flexible and inclusive.

The interviewees included eight women and 15 men. They were all 16 years old, or younger, when they were forced to leave school and were up to 52 years of age by the time they tried for another chance at education. Fifteen of the interviewees managed to complete their secondary schooling, and 13 of them went on to university.

I asked them to describe their long, complex educational journeys and circumstances and how they pursued their second chance education as adults.

They explained how, even before 1994, students from Tutsi families, the southern regions and Muslim community weren't able to progress to secondary education due to discrimination. When conflict intensified in the 1990s, more student cohorts couldn't continue learning because schools closed, or because of poverty or the loss of their parents.

For instance, they had to juggle their learning with other responsibilities, such as work and children. Some faced the stigma attached to studying for primary education when they were "old" and were mocked.

For former Rwandan refugees from Uganda, there was an issue of providing the accreditation of learning (certificate) from their previous education to restart education at an appropriate level.

Language also posed a challenge for some. English was introduced as the only medium of instruction for grade 4 and above in 2008 in Rwanda. This affected Rwandans who had previously studied in French in Rwanda or in the Democratic Republic of Congo.

Nevertheless, the value of achieving the education was huge to them. Education wasn't just about receiving qualifications and skills to secure a job, or as an investment. Many learners simply wanted to learn things that they did not know before. For some, learning provided a distraction from the violent experiences and memories.

Over half of the learners wanted to become able to help their families and be useful in society. They felt they would be a shame and burden on others and might not fit into society without an education. In their view, education was necessary to open and develop their minds.

What's more, the learners needed to heal from the past to move on with their lives. For many of them, going back to school was a starting point of their life.

My findings point to a number of insights that can help inform how to design interventions for education in emergencies.

First, the role of governments can be critical. In the case of Rwanda, the government committed to reforming the education sector and, for example, abolished discriminatory policies and school fees.

The government also provided opportunities for education by initiating a "Catch-up Programme" and a Private Candidate programme.

The Catch-up Programme was an accelerated learning programme which provided condensed primary education to a large number of children and adolescents who had missed their education in the 1990s. It ended in 2015.

The Private Candidate (candidat libre), which is still running, allows individuals to take the A-level exams without enrolling in secondary school. Many adults who had not been able to complete secondary education in the past could study at private classes in the evenings to prepare for the A-level exams.

These schemes offered access and flexibility for adult learners to gain a formal education. They were crucial in educational journeys that were long, complex and punctuated by numerous dropouts and restarts.

There are ways this can be improved. For instance, accreditation of previous learning for those without certificates should be given. And language support would aid transitions between education systems.

But this is a good start and provides lessons for other policymakers looking to provide people with a second chance at gaining an education.