Human Rights of U.S. Policing A Year After George Floyd: What the Data Tells Us? 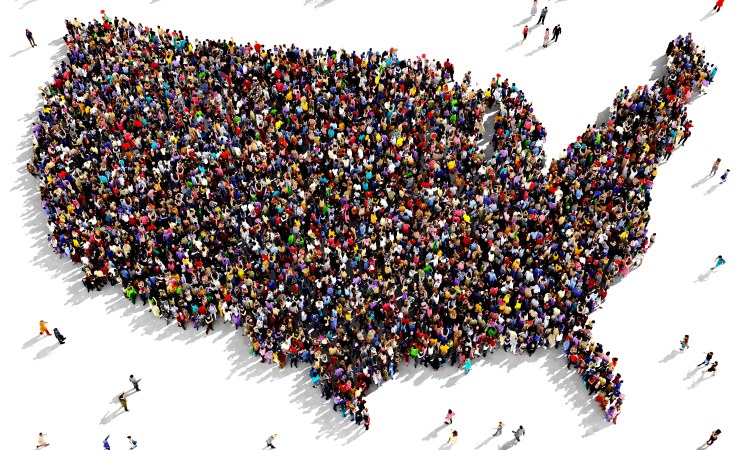 As we approach the May 25, 2021 one year anniversary of George Floyd's death, and the 100th anniversary of the Tulsa Oklahoma Massacre, of over 100 African Americans on May 31-June 1, 1921, it is time for reflections, or better said a data report card, on where things are, and where they are not.

Has anything changed? Has progress been made, particularly on perceptions regarding the racial divides that have existed and still exist in American society today? All brought to the fore, once again, in such a brutal way, with the 2020 killing of George Floyd.

Clearly, this nation continues to struggle with a myriad of historical and present-day social justice, economic, health (COVID underscoring this further), and opportunity inequalities -- predominately impacting America's people of color and America's poor. Also, part of this reflective discussion is the attendant optic of how the U.S. is viewed overseas (especially in Africa, other world regions of color, and in key UNHC and UN sessions) as a result of not only how and why George Floyd was killed, but also his death turned an international spot light on present day U.S. racial challenges.

This world attention on America's social justice and racial issues had not happened in such a global way since the beatings, dog attacks and water-cannoning of peaceful black protestors in the South during the 1960 civil rights movement. Summer 2020 protests also spurred revisiting of other recent past police killings of African Americans such as Breonna Taylor (2020), whose case had previously languished; Atlanta's Rayshard Brooks and Ahmaud Abery (2020); and, currently Daunte Wright and Ma'Khia Bryant (2021). Earlier high-profile cases from Alton Sterling (2016), Walter Scott (2015), and Eric Garner to Michael Brown and Tamir Rice (2014) – have all underscored the gravity and need for different policing, reform and transparency.

On one hand America wants to return as the global leader on democracy, human rights and providing voice for the voiceless -- be they suffering at the hands of violent extremists, kidnappers or military conflicts from Nigeria, Mozambique, Ethiopia, Somalia, South Sudan, Syria and Yemen to biases and violence against women, LGTBQ and discriminatory mistreatment of ethnic groups from Myanmar's Rohingya, the Uighurs of China to Ethiopia's Tigray.

The U.S. bona fides to both regain and continue being an international leading voice on global human rights is also going to be viewed in the context of our own progress on social justice reform and inequalities against people of color. We cannot be a human rights and social sector reform advocate abroad if our nation is not in better shape than it is today on these issues at home, and it is not in good shape – the tensions, protests, and continued police shootings demonstrate this.

Reform and fairness in policing (called "human rights issues" anywhere else in the world) remains front and center as arguably one of America's most pressing social challenges, (immigration and upticks in attacks on Asian and Muslim Americans included). But since George Floyd's killing, there has been very little systematic, clear action (outside of the conviction of Derek Chauvin) on these issues, including not moving forward on such as things as the George Floyd Justice in Policing Act (GFJIP), currently being debated in the U.S. Congress as well as other changes at local and state levels.

Some of the debates could be aided by determining where differences in perceptions on these issues match up, or not, with objective data. Objective data can take politics and perception out of the mix by providing information from polling on what people are actually thinking, saying, and feeling. Research data can be helpful in educating all of us as to where we should end up as a nation on these very difficult human rights, racial, social justice and police reform issues. Let's start with looking at polling data associated with some of the most challenges issues at the top of the reform list – "policing and defunding the police."

A recent poll from Gallup's Center on Black Voices, (launched July 15, 2020, just months after Mr. Floyd's death), showed that 67% of all U.S. adults (combining all groups) want current levels of police presence in their communities to remain the same. Within groups, the breakdowns were as follows: 61% of African Americans and 71% of white Americans want police levels in their neighborhoods to remain the same. While data from this same poll showed that only 19% of Black Americans and 12% of White Americans wanted less police presence in their communities. Further, Hispanic American responses, in the same research, were also high with 59% wanting the same level of police presence, and only 17% preferring less police presence. Asian Americans also scored high at 69%. It will be left to you to determine if your perceptions on these elements of policing matchup or differ.

Shutterstock
'We cannot be a human rights and social sector reform advocate abroad if our nation is not in better shape than it is today on these issues at home, and it is not in good shape – the tensions, protests, and continued police shootings demonstrate this.'

Attendant to the issues of policing are the questions around the phrase defunding the police. This can mean different things to different people -- from directing funds toward mental health and social services to the city of Minneapolis' model (where George Floyd was killed), which voted to find a new paradigm for its police department. The percentage responses above could help inform how many Americans feel on this key attendant issue.

On actual police reform, the Center's data also revealed that the majority of Americans agree that reform is needed, particularly at the community level. However, differences arise over type and level of reforms.

The Center's graph shows at least 58% of Americans agree "major change [reform] is needed," with only 36% saying minor changes are needed. Here it is likely that perceptions and data are more aligned given that the actual breakdown between groups on reform indicates that the desire among African Americans is 88%, among Asian Americans 83%, for Hispanics 63%, and 51% for white Americans. There is an additional key data marker on this issue -- age differential. The majority of Americans in the 18-34 age group polled higher on wanting reform (81%), with those 50-60 years, and 65 and older polling respectively at 43% and 46%.

Also, overall, 98% of Americans support developing "change management practices" that tracks police officers with records and histories of abuses, so they are "not allowed to serve." The breakdown is as follows: Black Americans 92%, Hispanics 87%, and whites 81% in support of this viewpoint. Furthermore, 76% of Americans want "change management practices so officer abuses are punished." (See full report - Most Americans Say Policing Needs 'Major Changes' - gallup.com .

Social justice and police reform are connected to race relations in America today. In Pew's 2019 research, (pre-George Floyd) its data graphs showed that 58% of Americans said that race relations "were generally bad," with African Americans expressing high levels at 71%, and whites at 56%. Furthermore, Pew's data revealed that it is more "common" today for people to express racially insensitive views, even if "these views," are not "necessarily more acceptable."

Pew's polling also highlights that this sentiment was slightly higher among minorities in America than for whites (African Americans 76%, Hispanics 75%, and whites 60%). In addition, when asked about racial inequality in America, of the people polled, "half or more said being poor, Muslim, black, or Hispanic puts people at a disadvantage in our [American] society."

Meanwhile, the Center for Black Voices data, which includes Gallup's research from nearly two decades (2001-2020), shows from 2007-early 2013 that 28-30% of Americans thought black-white relations "were somewhat bad," whereas in 2020, 55% of Americans are feeling this way as can be seen on the embedded Gallup chart on "Relations Between White and Black Americans, 2001-2020."

Including Data Can Help

Thus, as we approach these huge social justice anniversaries in the coming weeks (year passing of Floyd and Black Tulsa Massacre's 100th anniversary), on top of 62 African Americans out of the 292 people killed by police since the beginning of 2021, it is important to underscore the importance data can play in helping us achieve much-needed change.

It will continually be harder for America to overcome social unrest, discord, or be a model for international human rights (especially when pointing out faults of other nations) if we cannot come to terms with these social justice issues at home and changing the trajectory of some of these negative data trends on black-white race relations.

Dr. Robin Sanders is the CEO of FEEEDS, which looks at development and human rights issues as part of its FEEEDS Pillars. Sanders was previously U.S. Ambassador to Nigeria, Republic of Congo and ECOWAS. FEEEDS also co-host an annual Africa event with Gallup World Poll. See Pew Research Center's and Gallup's Center for Black Voices websites and articles for more on their research on these key social justice, human rights, police reform in the U.S. and on other issues. The Center for Black Voices is a 100-year commitment by Gallup to listen and report on the Black Experience in America.

Tagged:
Copyright © 2021 FEEEDS Initiative. All rights reserved. Distributed by AllAfrica Global Media (allAfrica.com). To contact the copyright holder directly for corrections — or for permission to republish or make other authorized use of this material, click here.