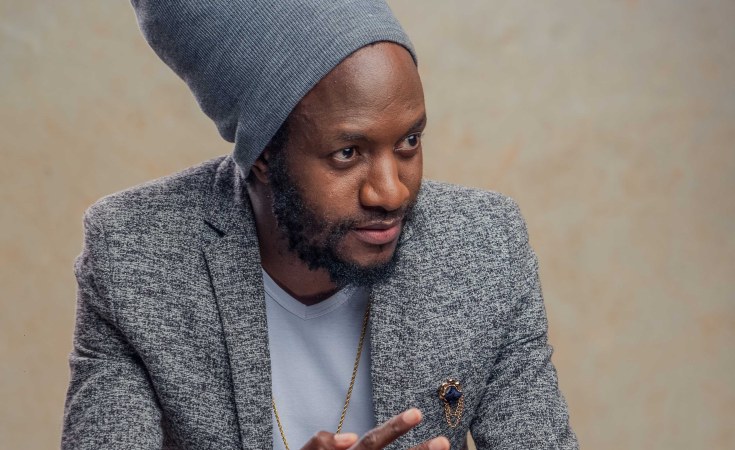 Zimdancehall musician Winky D has scooped another international award after winning the Best African/ Dancehall Entertainer at the 39th edition of the International Reggae and World Music Awards (IRAWMA) held on Sunday in Jamaica.

Commenting on his Facebook post, Winky D said: "Blessing MaGAFA, your votes have counted!! This accolade will not push me onto an ego trip, far from it. It makes me realise that l should always appreciate the simple details of life.

"There is no act without an audience, as such l am forever indebted to all the Gafas and Gafaresses who sacrifice their time and hard earned money to attend my shows. For me, it's a compromised act without good instrumentalists, so allow me to take time to big up the Vigilance Band, and more importantly honour the late uniquely talented 'Scara the Drummer'.

"Hearty appreciation also goes to those who believed in my music from the day when l started preaching the ordeal of the ghetto youths when it was still unfashionable to talk reality. I will admit the love we exchanged during live shows, l also can't wait for a return to normalcy."

The IRAWMA awards show was hosted by Jamaican artistes Gramps Morgan and D'Angel.

The event was staged virtually due to Covid-19, with performances from top acts in reggae and dancehall, as well as other international performers.

It is the second consecutive year that the event is being staged online due to the onset of Covid-19, forcing the organisers, Martin's International, to cancel the usual glitz and glamour of the red carpet.

It was broadcast free on IRAWMA's YouTube Channel, Irie FM, OnStage TV and PBC Jamaica with over 500 000 individuals across the globe watching the event.

Among the artistes who performed were Ziggy Marley, Beenie Man, Papa Michigan, Flourgan, Master KG of South Africa and Shatta Wale from Ghana.

Earlier, according to Ephraim Martin of Martin's International, this year's staging focused on heavy African influence.

He said many artists from the African continent got support from their respective countries.

"This is the first time that we are seeing such a huge show of African entertainers," said Martin.

"Africans just went crazy this year. One of the reasons is that in South Africa and Zimbabwe, in particular, the major media really stepped it up and made a huge thing and encouraged their people to participate and represent their country, as if it's a sport."

According to the organiser, more than 100 000 individuals across the globe participated in the voting process, which started on March 23 and ended on April 20 and was tallied by an "independent and reputable accounting firm".

Bogdanovich got the award for Special Philanthropist, Marley for IRAWMA Hall of Fame/Lifetime Achievement for over forty years of contribution to reggae music, and Papa Michigan will receive the IRAWMA Award of Honour.