Africa: International Aid to Africa Needs an Overhaul. Tips On What Needs to Change 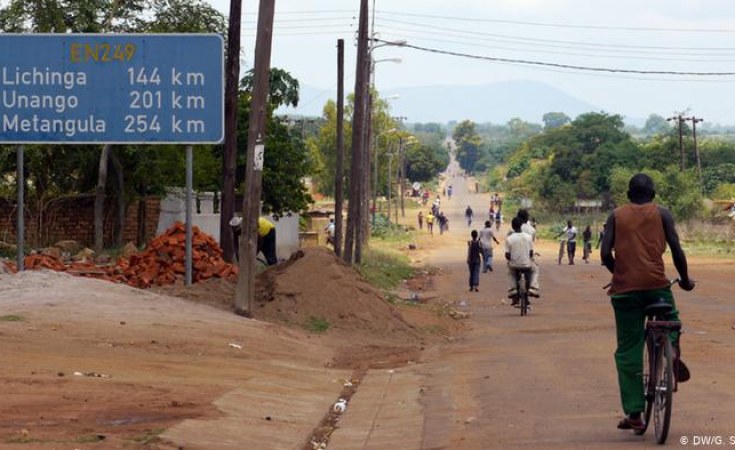 The fact that foreign aid as currently practised has failed to achieve its poverty reduction targets in Africa is clear from the data. Over 75% of the world's poor live in Africa today. In 1970 the figure was 10%. Some forecasts suggest it could rise to 90% by 2030.

Africa is the only continent in the world where official aid inflow outstrips private capital inflow by a large margin. This is problematic since no country in the world has achieved substantial development based on reliance on aid.

This points to the need for reform.

There are two sides to the debate on foreign aid to developing countries, in particular in sub-Saharan Africa.

One is that Africa's aid-dependent economic model provides "free" money which prevents countries from taking advantage of opportunities provided by the global economy.

The other is that foreign aid is not a problem by itself, but misallocation of resources, corruption, and bad governance limit Africa's ability to use aid. As South Korea's ambassador to South Africa has argued, aid is ineffective in places where there is bad governance, and unnecessary where there is good governance.

The arguments against aid point to gaps in the management of foreign aid. Recipient countries pour aid money into poor and inefficient white elephant projects that neither foster growth and development nor build good institutions. And there's misuse of the money.

The aim of this article is to provide some key pointers to reforms that should take place. Timely reforms of foreign aid can help to achieve significant growth and poverty reduction in Africa.

Nearly 50 years ago the well-known Hungarian-born British development economist, Peter Bauer, strongly criticised government-to-government aid as neither necessary nor efficient. He argued that it posed the danger of promoting government power, destroying economic incentives as well as eroding civic initiatives and dynamism.

In 2009 the Zambian economist Dambisa Moyo challenged many assumptions about aid in her book Dead Aid. She argued that aid had not merely failed to work but had compounded Africa's problems.

New York University economics professor William Easterly has also been an opponent. He argues that poverty results from an absence of economic and political rights, and that only the restoration of these will address the issue.

The arguments put forward by these critics point to the fact that official aid creates dependency, fosters corruption, encourages currency overvaluation, and doesn't allow countries to take advantage of the opportunities provided by the global economy.

A recent study highlighted the marginal effect of aid on promoting growth in Africa. The research, done by Alabama State University economics professor Shaomeng Jia and Mississippi State University associate professor of economics Claudia R. Williamson, was based on extensive data from 1962 to 2013.

They found that, in the absence of good governance and institutions, aid had minimal impact on delivering long-term growth.

One way to reform foreign aid is to de-link African institutions from an aid-dependent economic model that has made many governments think of aid as a source of income.

Another way could be to adopt the Marshall Plan. This innovative foreign aid model was introduced by the US to assist 16 European nations build their economies and strengthen democracy following the devastation of World War II in 1948.

Finally, the way aid priorities are set needs to be overhauled. If aid is going to foster growth and development, the following five key points need to be taken on board.

Economic and foreign aid must be directed to achieving sustained growth in per capita income by encouraging a shift from agrarian-based production to manufacturing and a technologically sophisticated service sector. This will require African leaders to re-think their economies, become more democratic, be open to change information and develop their own self-dependent programmes.

Bilateral or multilateral collaborations must be established with countries that have already pushed the technology frontier. International aid needs to be in line with this.

Both the national and foreign policies of governments need to target a development programme that can embrace growth and that leads to eventual reduction in reliance on aid.

Poverty and underdevelopment are exacerbated by natural disasters. This points to the need for humanitarian aid to be directed to helping countries reinvest in resilience. In addition, developed nations must follow cooperation and diplomacy to solve problems like conflicts rather than using aid to pressurise governments.

Foreign aid reform needs to be designed to strengthen the agenda of the African Continental Free Trade Area. The pact, agreed in 2018, establishes one of the largest free trade areas in the world. Lessons learned from the Eurozone trademark as well as cooperation with the World Trade Organization would also be valuable.

Taking these issues into consideration would go a long way to help reform foreign aid for growth and development and achieve the 2063 agenda of the Africa Union.