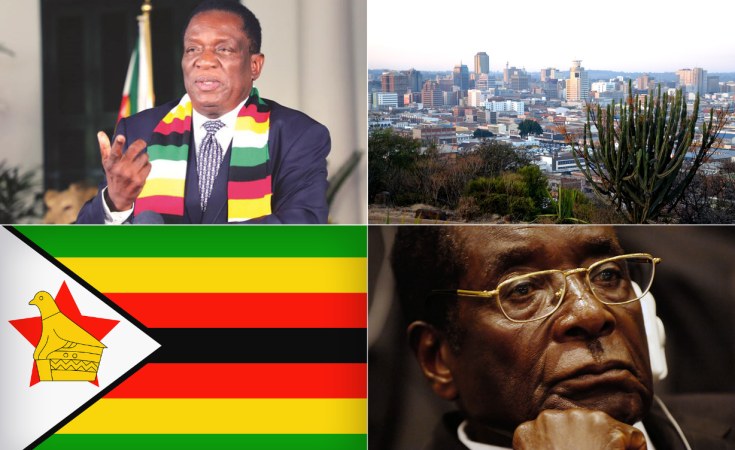 When the weekly Standard newspaper published a story on 2 May 2021 to the effect that a Zvimba villager, Tinos Manovengere, was not happy with the burial of former President Robert Mugabe, G40 members and other anti-Zanu PF elements got all worked up over the issue, unnecessarily.

They threw in various strange theories to explain the villager's concern.

It became clear that people like National Patriotic Front spokesman Jealousy Mawarire and the self-exiled G40 kingpin, Professor Jonathan Moyo, who staunchly believe in voodoo, can actually believe anything.

They are capable of interpreting events in a bizarre way based on their beliefs in the underworld, which they think can actually improve economic issues.

On the same day, Mawarire issued an 11-point thread on Twitter in which he claimed to know the reason of Manovengere's concern.

Mawarire, who hates President Mnangagwa with passion, claimed that Government had "run out of ideas on turning around the economy and bizarrely, now believes exhuming (former) president Mugabe's remains will turnaround" the Government's fortunes.

Prof Moyo revived his strange claims of 2018 that President Mnangagwa needed a national "tsvimbo" (staff) to consolidate his rule.

As the matter spread and trended on social media, the so-called "tsvimbo" had been anglicised into a sceptre.

It is interesting that a whole professor thinks that countries are run by traditional paraphernalia instead of people.

Prof Moyo and Mawarire were implying that President Mnangagwa needed a sceptre supposedly buried with Mugabe to succeed as a president.

If Zimbabwe's economy backslid for 17 years under Mugabe, why did the sceptre not enable him to succeed in correcting the economic challenges, which have bedevilled the country since 2000?

It is a sad day for Zimbabwe when people like Prof Moyo, who are supposed to know better, choose to behave otherwise all in an effort to cast aspersions against President Mnangagwa.

The sceptre suggestion was meant to cast the President as having run out of ideas to the extent of requiring traditional paraphernalia to succeed, but it is Prof Moyo and his ilk on whom the suggestion reflected badly.

It spoke of desperation on their part to unfairly malign the President.

In the almost three-and-a-half years that President Mnangagwa has been in charge of this country, Zimbabwe has seen a lot of developments, especially on the infrastructure front.

In May 2017, former President Mugabe held a groundbreaking ceremony for the rehabilitation of the Beitbridge-Harare-Chirundu Highway. By the time that he resigned in November the same year, no single bulldozer had been seen on site.

The hallmark of President Mnangagwa's administration has been infrastructure development.

A lot of ground has now been covered on the rehabilitation of the Beitbridge-Harare-Chirundu Road.

There is remarkable progress on other projects such as the Gwayi-Shangani Dam, which had stalled under the previous administration.

Despite the sanctions, Zimbabwe's economy is doing well given the country's socio-economic circumstances.

Inflation is going down and more and more locally-produced consumer goods are replacing imported ones on retail shelves.

Put differently, the country is faring better socio-economically under President Mnangagwa who does not possess a "tsvimbo" than under the Mugabe government which included people like Prof Moyo and, of course, the so-called sceptre.

One wonders what the President would need the weapon for when he is doing admirably well without it.

It is only voodoo opposition politicians such as Prof Moyo, Mawarire and other G40 elements such as the self-exiled Saviour Kasukuwere, Walter Mzembi and Patrick Zhuwao who need a fortunes-propping sceptre to improve their political careers that took a knock post November 2017.

Those on the same side as Grace Mugabe and the rest of the G40 elements questioned why Manovengere was targeting the former First Lady for a lawsuit instead of the Mugabe family leaders.

They took this as victimisation and ventured to suggest that she was being targeted to press her to agree to exhume the remains of the former President to get the sceptre, which was suspected to have been buried with him.

They also claimed that this would enable President Mnangagwa to get former President Mugabe reburied at the National Heroes Acre, but nothing is further from the truth.

After Mugabe's death, Government and Zimbabweans expected that the founding father of the nation would be interred at the national shrine, but the G40 elements disrespectfully used the former President Mugabe's body to get back at President Mnangagwa for their failure to land the country's presidency post-Mugabe.

President Mnangagwa could have forced the Mugabes to bury him at the National Heroes Acre the same way that Mugabe forced the families of the national heroes, Edgar Tekere and Cephas Msipa, to bury them at the national shrine against their wishes, but he did not.

He respected the family's wishes and nothing has changed that.

Some also questioned why the Manovengere was taking up the Mugabe burial issue nearly two years after the burial.

They also asked why Chief Zvimba did not intervene in the matter at the material time.

What such people are conveniently forgetting is what transpired at the time.

The Government did not start building a mausoleum for the former President's body at the National Heroes Acre because it had decided to force the Mugabes into agreeing to a national shrine burial.

After protracted consultations, the family had agreed, much to the chagrin of the South African-based G40 kingpins who dispatched Economic Freedom Fighters (EFF) leader, Julius Malema to Harare.

Taking advantage of Grace Mugabe's vulnerability in bereavement, the South African opposition politician convinced the former First Lady to ditch the agreed National Heroes Acre burial for a Zvimba one.

Again, President Mnangagwa did not object.

It should be remembered that the former First Lady ditched Government, Zimbabweans, the Mugabe patriarchs and chiefs from the area in deciding on the Zvimba burial.

Put differently, it is the G40 which decided Mugabe's burial place and not the Mugabe family.

Given this scenario, is Manovengere not within his rights to right this glaring wrong?

People such as Prof Moyo, Mawarire and others should stop the sceptre nonsense.

They know that politicians who have openly demonstrated to the nation that they badly need a sceptre to boost their political fortunes are themselves.

Prof Moyo's mentee and MDC Alliance faction leader, Nelson Chamisa, made headlines in April 2018 when he told his supporters at a White City Stadium rally that "ever since the death of (former Vice President) Dr (Joshua) Nkomo, I am the first national leader to visit the (national leader's Matsheumhlope) house, they even offered to give me Dr Nkomo's traditional sceptre (intonga)."

Here was Chamisa opening talking about his desire to inherit Dr Nkomo's intonga.

Chamisa was to eat the humble pie when Joshua Nkomo Cultural Movement (JNCM) national director, Mehluli Moyo, dismissed his claims as false and pointed out that a number of dignitaries had been to the house before him.

It is clear that the G40 elements are attempting to deflect negative attention from their own failure and that of Chamisa and his faction by making bizarre accusations against President Mnangagwa.

Grace Mugabe in No Show As Mugabe's Reburial Hearing Kicks-Off