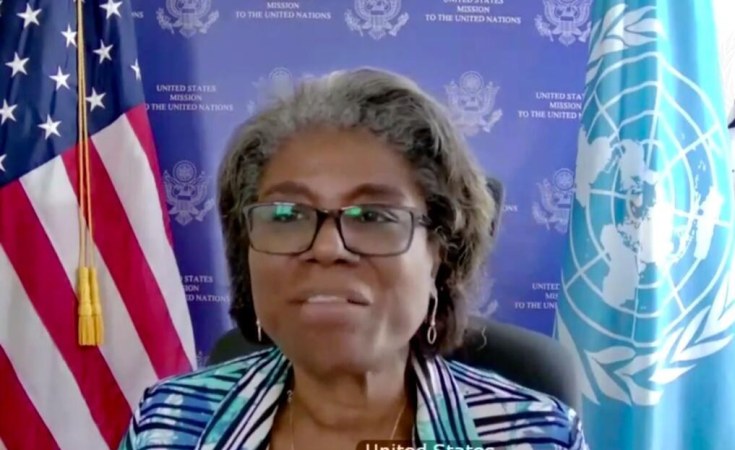 Cape Town — The Biden administration's Cabinet-level official with most experience of Africa's challenges has signaled a clear break from President Donald Trump's approach to the continent.

Linda Thomas-Greenfield, the United States ambassador to the United Nations, was briefing African media ahead of a UN Security Council debate on the root causes of conflict on the continent and its recovery from the coronavirus pandemic.

Thomas-Greenfield said the administration is “building and rebuilding relationships, and rebuilding relationships better after many of those relationships were neglected during the previous four years.”  The ambassador took office just under three months ago. Previously a career diplomat, many of her appointments were in Africa. And as Assistant Secretary of State for African Affairs, she was the top U.S. diplomat concerned with Africa in the second Obama administration.

Answering questions from journalists, she emphasized the administration's commitment to working in partnerships with African governments, civil society groups and citizens in helping to build peace.  She also stressed the importance both of the role of women and of democracy in ending conflict.

“We're investing in women and girls because we know its an important investment in peace and security,” she said. “Women and children are extraordinarily impacted by conflict – they are victims of sexual violence and sex used as a weapon of war, and we absolutely have to... focus on women and girls and the role that women play in peace-keeping," she said.

“And we're supporting democracy and democratic values, holding governments accountable and empowering people economically, educationally and politically. Because we know democracy is the most powerful way to prevent all forms of conflict.”

“It goes without saying that Africa is an important priority for the administration,” she said. “We're using our diplomatic muscle in places like Ethiopia, we have engaged with a number of African leaders and will continue to engage with African leaders to address broader issues related to peace-keeping and terrorism... but more importantly we're building partnerships.”

Asked about conflict in Chad and the Cabo Delgado region of Mozambique, she acknowledged the role played by lack of development and the marginalisation of remote communities.

“For our part, we want to work with governments to help them build capacity; to... address the development needs of their communities but also to deal with the security challenges that they face.”

Thomas-Greenfield defended the U.S. against charges that it has failed to address adequately the war in the Tigray region.

“We have raised our grave concerns over the reports of human rights violations, the abuses, the atrocities that have taken place in Tigray and condemn them in the strongest terms,” she said. “We've called on the Eritrean government to remove its its forces from Tigray... We have repeatedly engaged with the Ethiopian government at the highest levels.”

Addressing conflict in Nigeria, including the Boko Haram insurgency and human rights violations by security forces, she said the U.S. has called out the government on violations.

“But we also at the same time try to provide assistance with law enforcement and other professionals to address... shortcomings that they may have. We're looking at programs that focus on building capacity for the security services, that focus on providing support to the people.”

Beyond her comments on peace-building in Africa, Thomas-Greenfield criticised China's approach to Africa, and indicated that the United States would not limit its diplomatic engagement with African nations to African issues.

She characterised Africa's relationship with China as being one “that sometimes rests on coerciveness, indebtedness and not in partnership... I want our message to be completely the opposite of that.”

She added that African nations were among those she was interacting with on the conflict in Palestine and Israel. “We believe that Africa has an important role to play globally and we intend to look for opportunities to enhance that,” she said. “I look forward to engaging with Africans across the board, not just on African issues [but] on issues elsewhere in the world.”