Buhari, in different letters to both chambers of the National Assembly urged the lawmakers to approve his request to borrow N2.3 trillion ($6.18billion) external loan to finance part of the 2021 budget deficit of N5.6 trillion.

The two request letters, dated May 6, 2021, came a month after the Senate and the House of Representatives approved $1.5 billion and €995 million external borrowings for the federal government to finance various priority projects and to support states facing fiscal challenges.

Buhari's requests were contained in different letters addressed to the President of the Senate, Dr. Ahmad Lawan, and the House Speaker, Hon. Femi Gbajabiamila.

The letters were read at Tuesday plenary by the two presiding officers.

The president said the request for the N2.3 trillion loan to finance the 2021 budget deficit was in line with the provisions of Sections 21(1) and 27(1) of the Debt Management Office (Establishment, Etc.) Act, 2003 (DMO Act), which states that no external loan shall be approved or obtained by the minister unless its terms and conditions shall have been laid before the National Assembly and approved by its resolution.

According to him, the loan will enable the federal government to fund critical infrastructural projects in power, transportation, agriculture and rural development, health, education, among others.

He said the loan would be sourced from a combination of multilateral and bilateral lenders, as well as from the International Capital Market (ICM) through the issuance of Eurobonds.

According to him, from recent trends in the ICM, it is now possible for Nigeria to raise funds, and this explains why the federal government is proposing that the new external borrowing in the 2021 Appropriation Act should include issuing Eurobonds in the ICM.

He estimated that Nigeria may be able to raise $3 billion or more, but not more than $6.183 billion (the amount provided in the 2021 Appropriation Act) in a combination of tenors between five-30 years.

He said the outcome would, however, be determined when Nigeria approached the market.

"The Senate President and right honourable Speaker may also wish to note that the allocation of N2.343 trillion to new external borrowing in 2021 Appropriation Act is consistent with Nigeria's debt management strategy, which seeks amongst other objectives, to moderate 'debt service costs by accessing relatively cheaper external funds, and free-up space in the domestic market for other borrowers."

Buhari explained that the projects and programmes in the borrowing plan were selected based on positive, technical and economic evaluations as well as the contributions they would make to the socio-economic development of the country, including employment generation and poverty reduction.

The letter reads: "Senate President and the right honourable Speaker may also wish to know that all the listed projects form part of the 2018 2020 external borrowing plan and covered both the federal and state governments' projects and are geared towards the realisation of the Nigeria Economic Sustainability Plan that cut across key sectors such as infrastructure, health, agriculture and food security, energy, education and human capital development and COVlD -19 response efforts.

Given the importance attached to the timely delivery of the projects listed in the proposed borrowing plan and the benefits both the federal and state governments stand to gain from the implementation of same, I hereby wish to request for the kind consideration and concurrent approval of the House for 2018 2020 federal government external borrowing (rolling) plan to enable the projects to become effective."

Some of the economic experts who spoke to THISDAY yesterday warned that the current bid to accumulate more public debts would mortgage the future of the country and its future generations.

They were also worried that the current move is not being done in a transparent manner that would enable Nigerians to know the specific projects the loan would be tied to and the institutions the government intended to borrow from.

However, some others believed that the current move to borrow externally would enhance the country's foreign reserves and stabilise the value of the naira.

One of those who felt that the federal government should jettison the idea of accessing fresh foreign loan at this period is a professor of Economics and Public Policy at the University of Uyo, Akwa Ibom, Prof. Akpan Ekpo.

Ekpo told THISDAY yesterday that he was worried that the current move by the federal government would worsen Nigeria's public debt management and subject future generations to financial bondage.

He advised the government to surgically reduce the bloated cost of governance in the country, warning that the government should be more concerned with its debt to revenue ratio as well as solvency and liquidity ratios because oil, which is its revenue base, is very shaky by depending on exogenous factors that it could not control.

He stated: "So, we are building debts for future generations to pay. Right now, Nigeria is merely scratching at its debt by servicing it without touching the principal."

Ekpo, who was the immediate past Director-General of the West African Institute of Financial and Economic Management is also concerned about the transparency of the proposed borrowing.

The Director-General of Nigeria Employers' Consultative Association (NECA), Mr. Timothy Olawale, said it would be carelessness on the part of this government to be borrowing and building unsustainable debt burden for future generations and succeeding governments.

Olawale said: "We have repeatedly said that the government should cut its coat according to its cloth. It must look for where and how to reduce its over-bloated governance structure that has been consuming so much. And there are one thousand and one budget heads they can do away with without retrenching workers. The Oronsaye Panel's report recommendation that ministries and agencies of government should be merged is still unimplemented.

He said: "So, borrowing is a lazy way of escape from reality. If you cannot afford a particular lifestyle, commonsense dictates that you should come back and restructure your lifestyle to suit your income. But rather than doing this, the government keeps on borrowing to satiate its appetite for luxury and flamboyance.

"Well, we are not in support of this and we will want the government to be very prudent and mindful of the future of our economy, the future of the project called Nigeria and the future of generations yet unborn."

A professor of Finance, University of Lagos, Prof. Winifred Iyiegbuniwe, warned that Nigeria should not continue to borrow and dissipate them on wasteful expenses.

He said: "The problem is that we cannot continue to be borrowing in this manner and dissipate them through wasteful expenses. I have a problem as a financial economist when I am not convinced of what the government is doing with these borrowings. If we can borrow for specified and identifiable capital projects, fine. But if it is to borrow for consumption, no! We should cut our coat according to our cloth.

"I am disappointed that all the long talk about removing fuel and electricity subsidies and plugging loopholes in tax collections are yielding nothing. They seemed to be too much talking with too little action. The only foreign borrowing that will make sense is one that is tied to a specific project. So, the government must be more specific about the infrastructure it intends to finance."

Some analysts, however, said that the plan to borrow $6.18 billion external loan would strengthen Nigeria's foreign reserves but cautioned that it could also lead to heightened debt burden if not channelled to productive sectors of the economy.

The Head of Research at Agusto Consulting, Mr. Jimi Ogbobine, said: "This could help boost foreign reserves at this point in time. But what we need to do is to complement it with other policies like the harmonisation of the exchange rate so we can stimulate foreign direct investments (FDI) once again because we cannot survive on using loans to boost our foreign reserves."

Ogbobine, however, noted that "there are other ways of deficit financing because debt is not the only way of getting financing, which could also be done through taxes and sale of assets.

"We need to look at all the unproductive assets and think of how we can get them out of the government's books in order to reduce recurrent expenditures on these assets," he stated.

Similarly, the Head, Retail Investment, Chapel Hill Denham, Mr. Ayodeji Ebo, said: "We know government is constrained with a shortage of fund but it should ensure that major part of the borrowing will go to the productive sector. There is really no harm in borrowing as long as it is used for productive purposes."

Also, the Director-General of the Lagos Chamber of Commerce and Industry, Dr. Muda Yusuf, expressed concern that the rising debt profile of the federal government might not be sustainable because the debts will become a problem when the revenue base is not strong enough to service them.

Yusuf said: "What is needed is the political will to cut expenditure and undertake reforms that could scale down the size of government, reduce governance cost and ease the fiscal burden on the government."

He suggested that the debt should be used strictly to fund capital projects that would strengthen the productive capacity of the economy.

He also advised government to shift "emphasis to concessionary financing against commercial debts that are typically very costly."

Meanwhile, the main opposition party, the Peoples Democratic Party (PDP) yesterday raised the alarm over another plan by the federal government to borrow N2.3 trillion.

The National Publicity Secretary of PDP, Mr. Kola Ologbondiyan, told THISDAY that the additional loan request would mortgage the future of generations yet unborn Nigerians.

He said: "We are alarmed like any other Nigerian on this fresh loan request. It is simply to mortgage the nation and the future of the younger ones as they will be held in bondage by debts.

"The funniest thing is that upon all these loans, there is nothing tangible to show with the loans so far obtained. As a party and as Nigerians, we are worried. What is simply happening is just mis-governance and incompetence In all these multiple loans, the truth is that you cannot point any finger and say, this is what the Buhari administration has done with it." 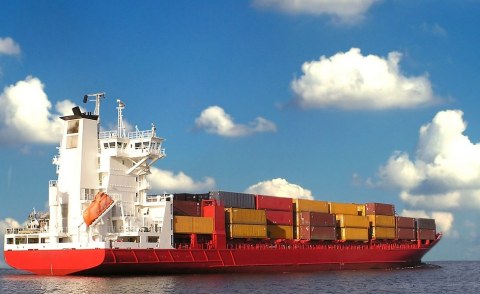 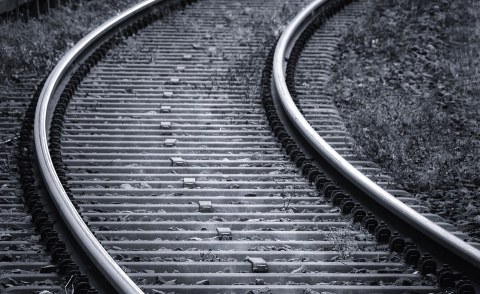 Six Years On - Are Nigerians Better or Worse Off Under Buhari?
Tagged:
Copyright © 2021 This Day. All rights reserved. Distributed by AllAfrica Global Media (allAfrica.com). To contact the copyright holder directly for corrections — or for permission to republish or make other authorized use of this material, click here.