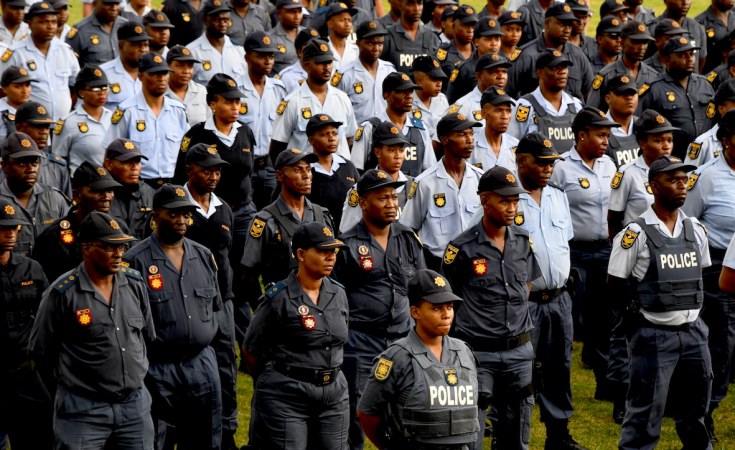 Why we don’t know the answer and how the police and research community can change that.

There is almost no research evidence that policing in South Africa reduces crime or improves feelings of safety. Does this mean that police have no positive impact? Not at all. Rather, the link between their activities and goals has not been competently shown. But working together, South Africa's police and research community can change this.

In the 2019/20 financial year, the South African Police Service's (SAPS) 187 000 employees spent roughly 365 million hours and R96 billion trying to achieve their goals. Among their many reported activities, they stopped and searched 6 289 939 vehicles and 3 802 393 individuals.

For the past three years, the Institute for Security Studies (ISS) has been encouraging the generation of research evidence related to police work in South Africa, or evidence-based policing, including through three new reports. Unlike in a criminal investigation, 'evidence' in this case means knowledge gained through critical thinking and observation. It requires curiosity and scepticism from police, collaboration with researchers, and a willingness to be proven wrong.

For example, if a commander has the sense that vehicle theft declines when patrol officers keep their blue lights on, this should be tested. When careful observation and evaluation suggests a relationship between visible police lights and vehicle theft, these tactics should be encouraged. When research and assessments don't support intuition, practices must be rethought, retested or abandoned.

South Africa is not short on crime and policing research. However, almost none of this work demonstrates a link between police activities and four areas of change that are key to measuring impact: levels of crime, fear of crime, feelings of safety or trust in police. We know plenty about things that aren't working well in South African policing, but neither law enforcement officials nor researchers have rigorously shown what works to achieve specific goals.

To change this, police and researchers must find a common language for collaboration. They must craft questions that seek to demonstrate the relationship between different police activities and their intended impact and partner to explore them. Results should be written up and disseminated in ways that make them useful and accessible to police.

Such research needs to be more intentional and methodologically rigorous than much of what has come before. This is because all of us - researchers and police included - have a strong tendency to interpret our observations in a way that supports our preconceptions.

For example, if a police commander sees a drop in crime after a change in deployment strategy, they will probably assume the difference is a result of their actions. However, a critical review of the data and context may reveal the cause to be something else - perhaps officers chose not to record all reported crime, or weather conditions meant fewer people on the street, or the closure of a local liquor shop.

This is not to say that police experience and intuition aren't crucial - they are. But when deciding how to spend over R100 billion, manage almost 190 000 employees, and fill nearly 400 000 000 hours of occupational time, the focus must be on effectively and efficiently improving public safety while causing as little harm as possible. This objective is even more important given the budget cuts facing the SAPS in the current financial year.

For this, we need evidence generated through intentional, careful observation and research. Only studies that explore a causal relationship between a particular police activity or strategy and a dependent variable (e.g. crime levels, safety perceptions, fear of crime and/or satisfaction with police) can determine what works in policing and what doesn't. This is the approach that South Africa's police and researchers should pursue.

South Africa's police aren't perfect. Among its many dedicated, hardworking officers are many who are unmotivated, abusive, corrupt and criminal. These elements, together with incompetent leaders, must be rooted out. But it is equally important that we root out the inefficiency and possible harms that can result from even the best intentions. For this, we need to promote a police culture based on evidence and critical thought.

Scientific research can save South Africa huge amounts of time, money and resources while improving public safety and quality of life. Meaningful partnerships with competent academic and civil society researchers will help transform the SAPS into the professional agency it strives to be.