East Africa: Africa Must Stake Its Claim in the Indo-Pacific 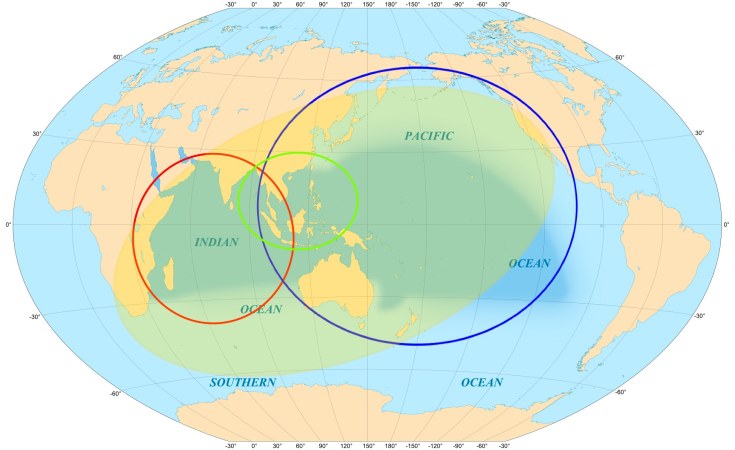 East coast and island nations cannot afford to be marginalised in the latest redrawing of the geopolitical map.

The Indo-Pacific is a term increasingly used by global powers to describe the geographical space reaching across the sea from the east coast of Africa to the Pacific islands. It covers two regions traversed by some of the world's most lucrative trading networks. The area is also characterised by fierce competition between established and emerging great powers and fears of increasing instability and violence.

Africa's role in this emerging geopolitical space is unclear, as most Indo-Pacific strategies seem to sideline the continent. African countries are underprepared for this development and haven't yet publicly articulated clear foreign policy strategies in response to it.

The new seascape is significant for Africa's long-term peace and security. Without a clear position on the Indo-Pacific, states on the continent could be trapped by the machinations of great-power competition. Any prolonged discord and rivalry could disrupt Africa's existing efforts to cooperate in the Indian Ocean.

Former Japanese prime minister Shinzo Abe used the Indo-Pacific concept to describe Japan's foreign policy in 2007. It has since gained currency among many other regional countries such as India and Australia, and European states such as the United Kingdom, the Netherlands, France and Germany. The concept has also become popular with the United States, the European Union and regional organisations such as the Association of Southeast Asian Nations.

Africa's role in the region is unclear, as most Indo-Pacific strategies seem to sideline the continent

Countries seem to be pursuing their Indo-Pacific vision with shows of naval force in an apparent resurgence of gunboat diplomacy. A glance at most strategies for the region reveals the intention to use navies as visible instruments of foreign policy and the anchor for cooperation. In the past year, France and the UK have deployed vessels to patrol the Indo-Pacific in a clear show of naval power. Germany also recently considered sending a naval ship to the Pacific.

This represents the first major concern for Africa, as some states' activities relegate the continent to the periphery of the Indo-Pacific. Numerous countries, including China, have naval bases in Africa, but the continent's role is treated as marginal. There has also been an increase in joint exercises involving European states, the US and Japan in the Indo-Pacific. These long-distance patrols usually take ships through the Suez Canal or around the African coast.

There also suspicions that the popularisation of the Indo-Pacific concept is linked to increasing Chinese influence in the region. The growing role of the Quadrilateral Security Dialogue (Quad) in European approaches to the geographical space points to this.

The Quad is an informal organisation of the navy chiefs from Australia, India, Japan and the US that emphasises freedom of navigation in the Indo-Pacific. It was established in 2004 and invigorated in 2017 owing to China's growing presence in the region. China's Belt and Road Initiative - a global infrastructure project set up in 2013 to link the world's markets with China - has a crucial maritime component that's undeniably Indo-Pacific.

This matters to Africa because China has actively engaged the continent as part of the Belt and Road Initiative, and African states have benefited from the cooperation. China has been involved in the financing, construction and operation of 46 ports across sub-Saharan Africa alone.

Japan and India have also tried to better integrate cooperation with Africa as part of their Asia-Africa Growth Corridor project, launched in 2017. The project aligned its goals with Africa's Agenda 2063 development priorities. But its progress has so far been insubstantial.

With its overseas territories of Réunion and Mayotte, France has included Africa's Indian Ocean littoral states as part of its Indo-Pacific vision. However, regional initiatives supported by France haven't been fully aligned with African Union efforts. More coordination is needed.

This is the second primary concern for Africa, as growing bi-lateral engagements relating to the Indo-Pacific threaten to disrupt continental unity. As African states increase their ties to external countries, the continent must avoid becoming a theatre of great-power competition.

These challenges should be tackled through a proactive and collective approach to countries pursuing an Indo-Pacific vision. The Indian Ocean Rim Association (IORA) - which includes nine African states on the Indian Ocean littoral - could be an ideal forum for initiating future Indo-Pacific deliberations.

IORA unites almost all littoral states of the Indian Ocean. It envisions a trans-Indian Ocean space where cooperation among governments, academia and civil society on maritime security, trade, disaster management, the blue economy and tourism is continually enhanced. Besides its African participants, France and India are also members, while China, Germany, Italy, Japan, the Republic of Korea, the UK and US are dialogue partners.

As an apex organisation in the Indian Ocean, IORA can play a significant role in the Indo-Pacific going forward. However, it hasn't yet reached its full potential as a tool for multilateral cooperation.

For IORA to work as a platform for Africa, the memorandum of understanding must be signed with the African Union (AU), as envisioned in IORA's 2017-2021 action plan. The AU could bring continental perspectives into the organisation and help prevent Africa's marginalisation. African states should ensure that any bilateral engagement in the Indo-Pacific aligns with AU strategies, specifically 2050 Africa's Integrated Maritime Strategy and Agenda 2063.

To avoid being further sidelined, countries must formulate plans for the Indo-Pacific that balance national interests with continental unity. Clear positions will enable African states to play an active role in the latest geopolitical contest that affects the continent's long-term peace, security and development interests.

Join the ISS online seminar on 27 May for more on Africa's role in the Indo-Pacific.

This article is funded by the Government of Norway.