Morocco: Spain/Morocco - Migrants Subjected to Violence and Used As 'Pawns' At Ceuta Border 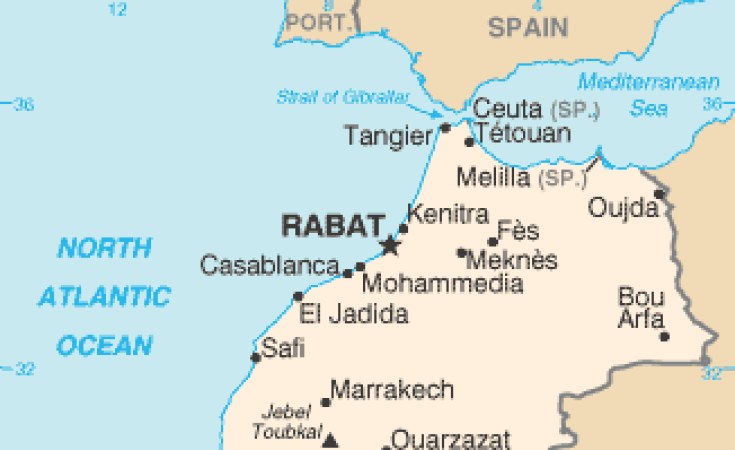 Wikimedia Commons
The Morocco-Spain route has become one of the main entry points for migrants to Europe after the collapse of routes into Italy via Libya.
Amnesty International (London)
press release

Amnesty International has denounced the mistreatment of migrants by Spanish security forces and the army at its border with Morocco in the north African Spanish territory of Ceuta.

Numerous people - including children - have been subjected to violence by Spanish security forces, including being thrown into the sea, after Morocco opened its borders.

Recent video footage appears to show Moroccan border guards waving migrants past their controls into Ceuta. More than 8,000 people - including about 2,000 unaccompanied children - have entered Ceuta from Morocco. In many cases, they have been subjected to collective expulsions.

Many of those entering Ceuta have been young children, and Amnesty is reminding the authorities that they must ensure that the best interests of the child are protected in all cases and that these young people must be able - if appropriate - to request international protection.

Around 5,000 people have reportedly been collectively expelled back to Morocco by the Spanish authorities over recent days. Spanish military forces deployed at the border have carried out collective and forced returns, without safeguards, making it impossible to identify vulnerable people or ensure that they receive adequate information or legal assistance.

It appears that migrants are being used as pawns in a political game between Morocco and Spain. A Facebook post by Morocco's Minister for Human Rights indicates that the opening of the border was in "retaliation" for the medical treatment that a Polisario leader has received in Spain, suggesting the Moroccan authorities may have used migrants as part of an international dispute.

Morocco has a long track record of abusing the rights of migrants at this border. In the past Amnesty has documented unlawful raids, arrests and the forced removal of migrants in encampments and homes near the Spanish borders to southern Morocco.

"We cannot accept that people, including children, are being beaten by Spanish forces.

"While border officials did provide emergency assistance to people, abuses cannot be tolerated. Spanish authorities must open a thorough investigation and ensure accountability.

"European leaders were quick to support Spain and say that Spanish borders are EU borders. By the same logic, Spanish abuses are also EU abuses.

"We call on EU leaders to not turn a blind eye to the abuses happening at EU borders.

"Morocco is playing with people's lives. They must not use people, among them its own citizens, as pawns in a political game."

Spain Says Flood of Migrants From Morocco Is 'Serious Crisis'