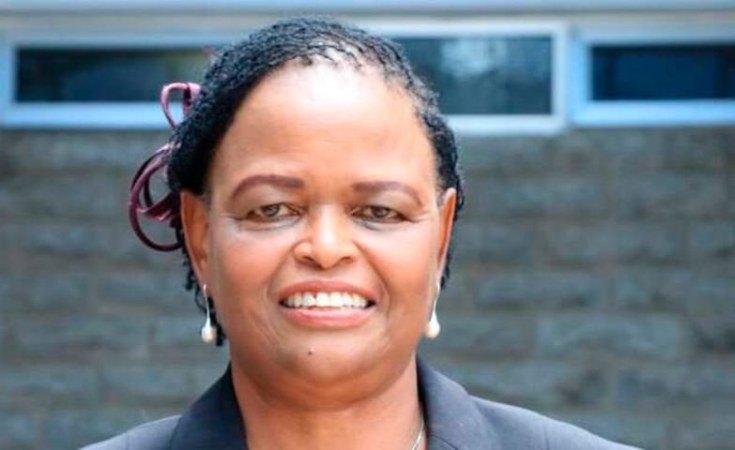 Koome takes over from David Maraga who retired in January having attained the mandatory age of 50.

"In exercise of the powers conferred by Article 166 (1) (a) of the Constitution, I Uhuru Kenyatta, President and Commander-in-Chief of the Kenya Defence Forces, appoint Martha Karambu Koome to be Chief Justie of Kenya," a Gazette Notie issued on May 19 stated, two hours after the National Assembly approved her nomination.

The Committee on Justice and Legal Affairs (JLAC) that vetted her last week said it found her suitable to steer the judiciary.

The committee's report was subsequently approved by the Committee of the Whole House on Wednesday, with members showering praise on the 61-year-old Judge. She now awaits formal appointment by President Uhuru Kenyatta.

During the debate in Wednesday's special sitting, JLAC Committee Chair Mututi Kigano who submitted the report before the House noted that Koome is uniquely placed to steer the Judiciary into the right direction owing to her personal unmatched traits.

"We found that she is able to think outside the box and that she would not be living in a Judicial island or an ivory tower. She aspires to do substantial justice other than delving into technical formalities," he said.

He observed that Koome is a progressive liberal who fully understands the art of keeping good relations with other arms of government.

The Committee Vice Chairperson TJ Kajwang noted that Koome is a safe pair of hands who appreciates the importance of interdependence among various government institutions.

"She at least knows that the independence of the Judiciary without assaulting on it and that there must be a clear balance because we live in this country all of us," he said.

House Majority Leader Amos Kimunya lauded Koome for her "illustrious career" and challenged her to serve Kenyans diligently and not be intimidated by anyone.

"I believe she will do her best in serving Kenyans because she has proved it before," he said.

Garissa Township MP Aden Duale asked Koome to drive her authority from Kenyans and have fidelity to the law.

"Always be guided by the people and never accept or allow to be intimidate by anyone," he said.

Nairobi Woman Representative Esther Passaris submitted that Koome's passion for children and the need to get them justice and her background in family law is what the country needs of a Chief Justice.

"She is extremely humble and has integrated and she is grounded. Her plight for Justice for children is unmatched and that is what the country needs. Our children will now be nurtured to be future leaders," she said.

"I hope and pray that now that she has been confirmed she will not again preside over another night sitting of the BBI this time because of intimidation or pressure from other quarters," he said.