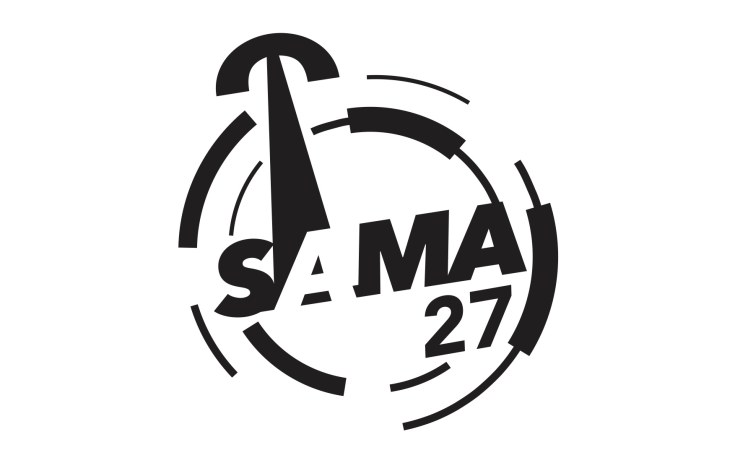 Kabza De Small, the diminutive Amapiano superstar, walked away with the most nominations after the SAMA27 finalists were announced tonight.

Bucy faces fierce competition in the Sofnfree Female Artist of the Year category where she competes with Reign Africa (On The Frontline); Sho Madjozi (What a Life); Nomcebo Zikode (Xola Moya Wam’); and Hle (Your Kingdom on Earth).

On the White Star Newcomer of the Year front Bucy goes up against Xolly Mncwango (Jesus is Enough); Reign Africa (On The Frontline); BandaBanda & the Crocodiles (Africado); and Azana (Ingoma).
Reggae vocalist Bongo Riot earned three nominations for Album of the Year, Male Artist of the Year and Best Reggae Album.

Amapiano artist Junior Taurus booked a spot for himself in Album of the Year for his album Back to Love is in the running for Album of the Year up against Persistence (Bongo Riot); The Healers: The Last Chapter (Black Motion); Once Upon A Time In Lockdown (Kabza De Small & DJ Maphorisa (Scorpion Kings). Junior Taurus is also up for Male Artist of the Year alongside Sun-El Musician (To The World & Beyond); Bongo Riot (Persistence); Kabza De Small (I Am The King of Amapiano: Sweet & Dust); and Oscar Mbo (For the Groovists).

One of the new categories introduced at SAMA27, Best Amapiano Album, yielded a competitive race with Junior Taurus (Back to Love) taking on MFR Souls (Musical Kings); Kabza De Small (I Am The King of Amapiano: Sweet & Dust); Kabza De Small & DJ Maphorisa (Scorpion Kings) (Once Upon A Time In Lockdown); and Mas Musiq & Aymos (Shonamalanga). At three nominations, Junior Taurus is one of the most nominated artists.

In the Best Dance Album Nomcebo Zikode (Xola Moya Wam’) takes on an all male line up of Sun-El Musician (To The World & Beyond), Oscar Mbo (For The Goovists); Black Motion (The Healers: The Last Chapter); and Mi Casa (We Made It).

Thandi Ntuli (Live at Jazzwerkstatt) is the only woman nominated for the Best Jazz Album. She goes up against BandaBanda & The Crocodiles (Africado); Linda Sikhakhane (An Open Dialogue); Sibusiso Mash Mashiloane (iHubo Labomdabu); and Nduduzo Makhathini (Modes of Communication: Letters From The Underworlds).

The SAMA27 nominees were announced on SABC1 at intervals between 6pm and 9.30pm.

Dichaba Phalatse, SABC Video Entertainment: Marketing Manager commented: ‘SABC1 is excited to bring the most prestigious music awards in South Africa to millions of South Africans in a meaningful way, not only through the broadcast but also through our shows such as Live AMP and RGB that will unpack the road to SAMA 27.’

Mokhele Makhothi Marketing Manager at White Star said: ‘For over 20 years, music has always been embedded in the DNA of White Star. Many will remember our catchy jingle back then, on which we collaborated with South Africa’s promising young artists. Since then, White Star has continued to enjoy a long and mutually fruitful relationship with local music; through our support of various music festivals and events around the country. Last year, during the height of the pandemic, White Star recognised that many artists, particularly young and emerging artists, felt the brunt of not having opportunities to perform and earn a living, and for that reason launched the Shayna ngeWhite Star campaign. With this campaign emerging local artists were given opportunities to perform and earn a living, while shining their light into the lockdown gloom and beyond and to keep the beat of the local music scene alive.

‘Furthermore, it brings me great pleasure to note that some of the artists featured in the Shayna ngeWhite Star campaign have also been nominated in this year’s SAMAs, particularly those in the White Star Newcomer of the Year category. I congratulate all the nominees; I know it is a tough one, if the talent featured in our campaign is anything to go by. All the best to you all.’

Sofnfree’s Brand Team commented: ‘We are truly honoured to be part of SAMA27, representing a category that recognises girl power, excellence and creativity. Sofnfree celebrates the value of both hair and music as incredible tools of self-expression, and we look forward to redefining, reinventing and reimagining together. Best of luck to the nominees for Female Artist of the Year, we are rooting for you.’

RiSA CEO Nhlanhla Sibisi congratulated the nominees: ‘We are delighted with the calibre of nominees for SAMA27. This is a reflection of the music industry and the movers and shakers who made an impact in 2020/21, a very difficult period in which the industry had to deal with a crippling global pandemic. It was through music that life became bearable and for that we thank our artists who continue to redefine, reinvent and reimagine their business. We also wish to thank our hard-working panel of judges and the team at RiSA who facilitated the crucial judging process with great diligence and integrity. A special note of thanks to our sponsors and partners who have supported us this far. We extend our best wishes to all of the nominees and look forward to seeing who will emerge victorious in each category.’

SABC is the official broadcast partner of SAMA27

Below is the full list of all the nominees:

Album of the Year
Persistence – Bongo Riot
The Healers: The Last Chapter – Black Motion
Once Upon A Time in Lockdown – Kabza De Small & DJ Maphorisa (Scorpion Kings)
I Am The King of Amapiano: Sweet & Dust – Kabza De Small
Back to Love – Junior Taurus

Male Artist of the Year
To The World & Beyond – Sun-El Musician
Persistence – Bongo Riot
I Am The King of Amapiano: Sweet & Dust – Kabza De Small
For the Groovists – Oscar Mbo
Back to Love – Junior Taurus

Best Dance Album
To The World & Beyond – Sun-El Musician
For The Goovists – Oscar Mbo
Xola Moya Wam’ – Nomcebo Zikode
The Healers: The Last Chapter – Black Motion
We Made It – Mi Casa

Congratulations to our Sony Music Artists on their #SAMA27 Nominations