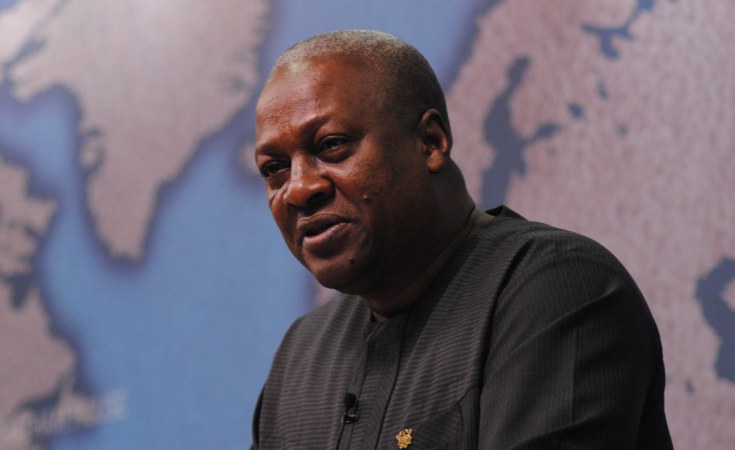 In a letter to the AU Commission Chairperson Moussa Faki Mahamat, Mr Mahama indicated he will no longer be taking up the job, citing trust issues raised by the President of Somalia, Mohamed Farmaajo.

A statement posted on his website said the former Ghanaian leader feels "the high political importance of the proposed assignment requires that the High Representative enjoy the unalloyed support and cooperation of all political stakeholders."

An aide said Mahama, who was the Ghanaian President between 2012 and 2017, had readily accepted the nomination to help mediate the political impasse in Somalia, but now feels it is no longer tenable as Somalia has questioned his alliance with Kenya, with which Mogadishu has a diplomatic tiff.

"Mr Mahama, whose appointment as the AU envoy has been roundly welcomed by the Council of Presidential Candidates of Somalia, and the Coalition of Somalia's Federal Member States, further cautioned in his letter to the AU Chairperson, Moussa Faki Mahamat, that the lack of support by the Federal Government could jeopardise the whole process and undermine the hopes that the entire world has in bringing peace to the esteemed land of Somalia," Mahama's Special Aide, Joyce Bawah Mogtari said in a statement on Thursday.

Mr Mahama had been appointed on May 8 to help Somalia's political leaders reached settlement and arrange the much-delayed elections. But Somalia rejected him is for having "extensive links" with Kenya.

Mogadishu on Sunday wrote to the African Union Chairperson Mahamat notifying him that Somalia will no longer support Mr Mahama in his new role.

Mr Mohamed Abdirazak, Somalia's Foreign and International Cooperation Minister, said the former Ghanaian leader is closely associated with the leadership in Kenya. That means the man cannot be trusted to be impartial and deliver an acceptable solution, he added.

"It is indeed surprising that a candidate with extensive link [sic] with Kenya's leadership has been chosen by the AU to facilitate talks on a political impasse partly engineered by those the Kenyan leadership has supported," he claimed in a letter dated May 9.

"Given the politically sensitive nature of the task of a high representative in any case, I am certain you will appreciate the importance of any candidate for such a post to be seen as impartial and without any links to the region."

Somalia argued that the AU had been late, citing a truce reached between leaders to have Prime Minister Hussein Roble mediate a political solution. The meeting is expected to kick off on Thursday night for the next few days where President Farmaajo and leaders of the five federal states will debate modalities of holding an indirect election. Mr Roble's role was installed following a deal brokered by Qatar.