Ethiopia: US Imposes Visa Restrictions On Ethiopia Over Tigray Conflict 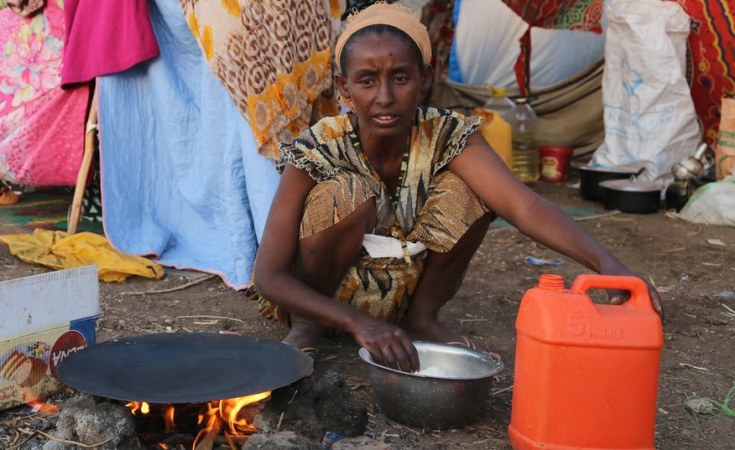 Leni Kinzli/WFP
Tens of thousands of Ethiopians have been displaced by the ongoing conflict in the Tigray region (file image).
Deutsche Welle (Bonn)

The United States has announced restrictions on economic and security assistance provided to Ethiopia over fighting in Tigray. Visas will also not be issued to those thought responsible for the crisis.

US Secretary of State Antony Blinken said on Sunday that the actions by the United States are to press for the resolution of the crisis in the Tigray region of Ethiopia.

US visa restrictions were also placed on Ethiopian and Eritrean officials accused of contributing to the six-month-old war in Tigray.

"The time for action from the international community is now," Blinken added.

Restrictions targeted "current or former Ethiopian or Eritrean government officials, members of the security forces, or other individuals -- to include Amhara regional and irregular forces and members of the Tigray People's Liberation Front (TPLF) -- responsible for, or complicit in, undermining resolution of the crisis in Tigray," Blinken said.

Thousands of people have been killed and hundreds of thousands more forced from their homes in the Tigray region since November.

What is the conflict about?

Ethiopian Prime Minister Abiy Ahmed Ali sent troops into the Tigray region, which led to the TPLF launching an attack on the Ethiopian army in November 2020.

The TPLF, which has split from Ethiopia's now-ruling coalition, was once the country's dominant party and carried out an extended war with neighboring Eritrea. Abiy has since been accused of siding with Eritrean forces to pursue the now-fugitive leaders of the TPLF.

Troops from both the Ethiopian and Eritrean military forces have been accused of carrying out abuses against the civilian population in the border region. The international community has called for the restoration of peace, with the UN and US pushing for the withdrawal of troops from the region.

Both the nations have announced the withdrawal of troops, which is yet to take effect.

Previous Story
U.S. Actions to Press for the Resolution of the Crisis in the Tigray Region
Next Story
Reporters Without Borders Condemns Expulsion of Journalist From Ethiopia

U.S. Actions to Press for the Resolution of the Crisis in the Tigray Region

Reporters Without Borders Condemns Expulsion of Journalist From Ethiopia

Tigray - More U.S. Sanctions on Cards for Ethiopia, Eritrea
Tagged:
Copyright © 2021 Deutsche Welle. All rights reserved. Distributed by AllAfrica Global Media (allAfrica.com). To contact the copyright holder directly for corrections — or for permission to republish or make other authorized use of this material, click here.