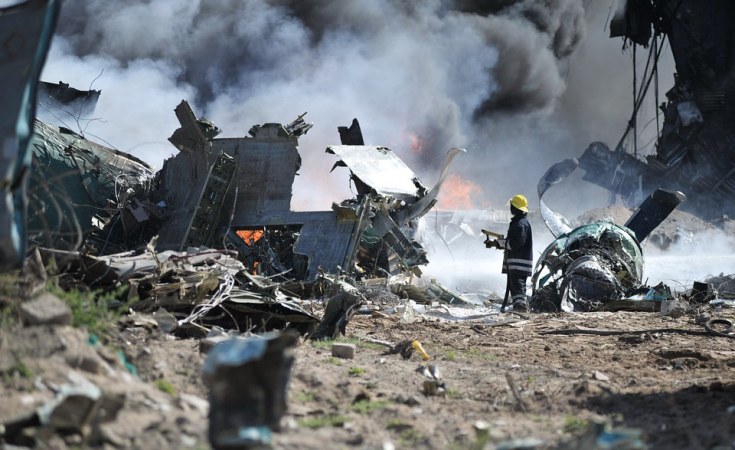 President Muhammadu Buhari yesterday telephoned the widow of the Chief of Army Staff (COAS), Lt General Ibrahim Attahiru, Fatima, and the wives of the other 10 military officers and soldiers killed in last Friday's plane crash in Kaduna, to commiserate with them on their bereavement.

Presidential spokesman, Mallam Garba Shehu, said in a statement that the president during the telephone conversation with Attahiru's wife, described her husband, as an outstanding soldier and an institution builder, who fought valiantly for Nigeria until he breathed his last.

Buhari, who passed the condolence message to the spouses of the other 10 soldiers through COAS wife, hailed the sacrifices of the military men who lost their lives and the armed forces in general, saying Nigerians will continue to appreciate and support the fearlessness with which our courageous soldiers are confronting the threats facing the nation.

He assured the grieving spouses that the nation will never forget the supreme sacrifice of their husbands, urging them to take solace in the surge of extraordinary feelings of emotions across regions, religions and tribes all over the country in appreciation of their sacrifices.

The president who had earlier given directives to the Defence Headquarters and the Ministry of Defence to do everything a government can do to provide comfort and ease the hardships of the families of the deceased, prayed to God to repose the souls of the deceased and grant their families the fortitude to bear the losses.

Mrs Attahiru, on behalf of the rest of the families thanked the president for the love and care he has shown to them.

With Attahiru's Death, Who Becomes Next Chief of Army Staff?