Namibia: Genocide Graves to Be Restored On Africa Day 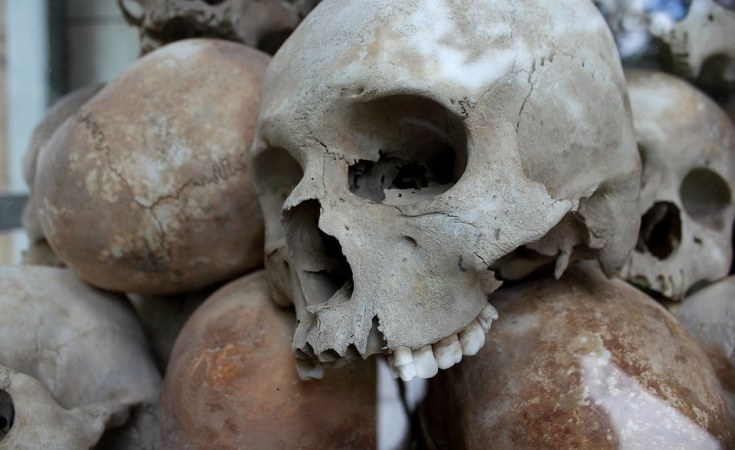 The Namibian Genocide Organisation invites members of the public to assist in restoring unmarked prisoner-of-war graves at Swakopmund tomorrow.

Over time, the graves, which are situated on a vast expanse of land at Kramersdorf, have been flattened by coastal, winds which risks the erasure of key Namibian history.

During brutal conflict between 1904 and 1908, German colonial forces committed genocide against the Ovaherero and Nama people.

While some indigenous people were killed in combat and others were forced to die of dehydration in the desert of Omaheke, many more were interned in concentration camps as prisoners of war.

"Every year on the 10th of December we remould and restore the graves, but we saw that the graves are very vast, very big, so we decided to clean them four times per year," says Namibian Genocide Association chairman Laidlaw Peringanda.

"There is always wind from the coast, and when it blows it moves the graves' sand. So we are just going to lift it up with rakes and shovels to remould it into the shape it was."

Eager to someday mark and also map the graves with a ground-penetrating radar, as well as to have the area declared a United Nations Educational, Scientific and Cultural Organisation (Unesco) world heritage site, Peringanda stresses the importance of continually restoring the graves in the interim.

"It's really important, because we have to remember our forefathers who fought the war of resistance. We have to keep the site up to remind our future generations that these people fought for us against the colonial forces," he says.

"Once the graves have disappeared, there's nothing tangible we can show our future generations. For quite some time, a lot of quad bikes and 4X4 vehicles used to drive on top of the graves, and some of them have been demolished, which is very sad. But we are happy that at least a wall has now been erected."

Inviting every Swakopmund resident and anyone who feels they want to participate to join the restoration, Peringanda hopes this will become a point of reconciliation.

"We also call upon the German community staying at Swakopmund. Some of them always help us clean the graves," says Peringanda.

The event will take place at Swakopmund's Kramersdorf Cemetery tomorrow from 09h00.

Germany's Genocide Apology, Settlement Divides Namibians
Tagged:
Copyright © 2021 The Namibian. All rights reserved. Distributed by AllAfrica Global Media (allAfrica.com). To contact the copyright holder directly for corrections — or for permission to republish or make other authorized use of this material, click here.