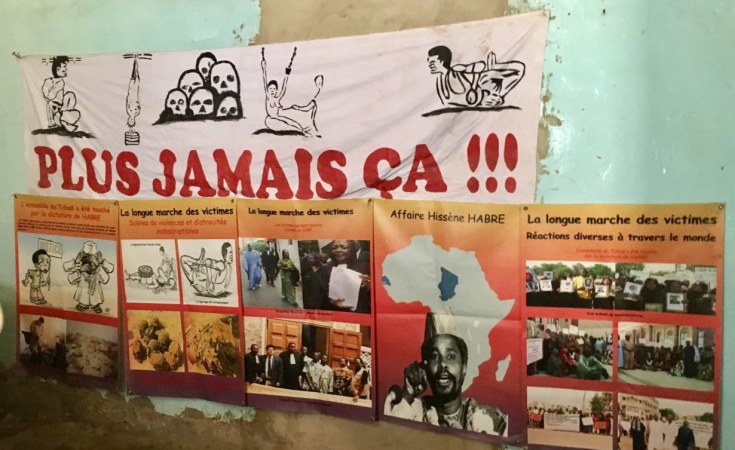 Five years ago, on May 30, 2016, an African Union-backed court in Dakar, Senegal, convicted former Chadian dictator Hissène Habré of crimes against humanity, war crimes, and torture, including sexual violence and rape. The court sentenced him to life in prison.

Habré's conviction, like his trial, was celebrated around the world, not just because it happened but also because of how it happened. An African court had found an African dictator guilty of atrocious crimes, thanks to a tenacious 25-year campaign mounted by his African victims and allies.

I sat in court that day with some of those heroes: Souleymane Guengueng, a deeply religious civil servant who watched dozens of his cellmates in Habré's prisons succumb to torture and disease, and took an oath that if he got out alive he would bring his tormentors to justice; Clément Abaifouta, the "gravedigger" required to bury other detainees in mass graves, who led the victims' association after death threats forced Guengueng into exile; their Chadian lawyer Jacqueline Moudeina, who survived a 2001 grenade attack from a Habré henchman to represent the victims in court, shrapnel still in her leg.

The court in Senegal - like another court in Chad which the year before had convicted 20 Habré-era security agents on murder and torture charges - awarded millions of dollars in compensation to thousands of registered victims.

Yet five years later, torture survivors and families of the dead have not seen one penny. The African Union has failed even to establish the court-mandated trust fund to search for Habré's assets and solicit contributions. The Chadian government, ordered by its own court to erect memorials and compensate victims, has also turned its back on them. And Habré himself has never accounted for the tens of millions of dollars he allegedly looted from the Chadian treasury.

And so, as Habré pushes, again and again, to get his sentence lifted, and as Chad enters a new period of uncertainty after the death of its long-time president, the victims continue to organize demonstrations and sit-ins to demand the reparations they were promised. "We fought for 25 years for those decisions and we've now had to fight for five years to get those decisions enforced," says Abaifouta. "But the African Union and the Chadian government should have learned by now that we are not going away until justice is done."