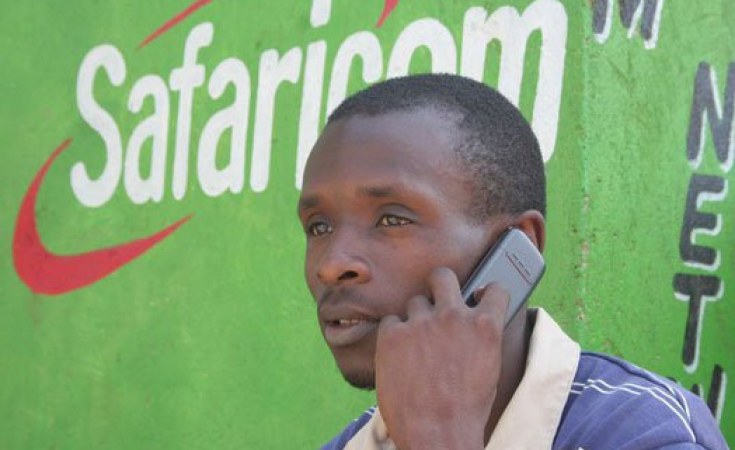 Safaricom says it will start its operations in Ethiopia with telecommunication services after getting the nod to operate in the second most populous nation on the continent.

The firm yesterday said the new licence does not allow it to export its revolutionary money transfer platform M-Pesa yet, but expressed hope that Addis would allow rollout of the service at a later date.

The telco, which held back the brand name it will use in Ethiopia, revealed how it has structured its market entry strategy currently in the hands of Ethio Telecom, a state owned monopoly.

Safaricom led the consortium that won the Ethiopian bid, an alliance that brought together its parent companies United Kingdom's Vodafone and South Africa's Vodacom (which jointly own 40 per cent stake in Safaricom), British development finance agency CDC Group and Japan's Sumitomo Corporation.

The consortium paid $850 million (Sh91.8 billion) for the licence, beating MTNs offer of $600 million (Sh64.8 billion), which was deemed too low by the Ethiopian Communications Authority.

The licence will be for an initial term of 15 years with the right to apply to the Ethiopian Communications Authority (ECA) for an additional 15 years.

The consortium plans to invest up to $8.5 billion (Sh918 billion) in infrastructure among other areas over the next decade. The investment expected to create between 1 million and 1.5 million jobs.

But to start operations, Safaricom and its partners have formed a holding company in England, known as Vodafamily Ethiopia Holding Company Limited, which will operate as a special purpose vehicle (SPV).

Safaricom said subject to obtaining all relevant regulatory approvals, it will move the SPV Company to Kenya under the name Safaricom Family Ethiopia Holding Company.

On its part, Vodafamily Ethiopia Holding Company Limited, the SPV, will own 61.9 percent of a new holding company in the Netherlands to be named Global Partnership for Ethiopia B.V. (GPE).

The other shareholders of GPE will be Sumitomo Corporation and CDC Group Plc. Global Partnership will wholly own a newly incorporated operating company in Ethiopia (the Opco).

"As Safaricom, will directly or indirectly hold more than a 50 percent equity stake in each of the consortium companies, each consortium company will become a subsidiary of Safaricom. The telco plans to seek ratification from its shareholders on the creation of the subsidiaries at its coming Annual General Meeting scheduled for July 30," the firm said in a statement.

The Consortium, through the Opco, intends to begin commercial operations in 2022.

Ethiopia is one of the last countries in the world to introduce competition in the telecom industry, a rigorous process started by the government in 2019 as part of its economic reform agenda, with the support of the International Finance Corporation.

The reforms aim to increase jobs, reduce poverty and grow the local economy in an inclusive and sustainable manner.

Safaricom says increased connectivity in Ethiopia will also boost the economy, impacting over 1 million jobs with digital training and skills, and bringing about productivity improvements for countless micro-entrepreneurs and small and medium sized enterprises.

"We are excited for the opportunity to work with the people of Ethiopia to set up telecom networks to deliver a digital lifestyle," said CEO Peter Ndegwa.

"In past years, we have seen the power of digital transformation and its impact on our customers. We believe by working with all stakeholders in Ethiopia, we can deliver a similar transformation while achieving a sustainable return to our shareholders."

The entry of Safaricom comes at a time when the Abiy Ahmed administration has started opening up the local telecommunication space.

Ethiopia's mobile phone services aims to attract 21 million new users in the first year of opening up the space, rising to 33 million in five years.

Safaricom will begin its investment in the country with 4G services. The Ethiopian Communications Authority said it would soon open a bid for the remaining licence.

For several years, Safaricom has been eyeing regional expansion as it moves beyond being just a Kenyan company. With voice plateauing and M-Pesa becoming its next growth frontier, Safaricom has also been looking for alternative sources of income to drive its profitability engine well into the future.

The company, which has placed the country on the global mobile money map with M-Pesa, is aggressively looking for new revenue streams to future-proof its revenues following the maturity of voice revenues.

In terms of its business ambition, the company said, it had launched the M-Pesa Africa Joint Venture and partnered with Google and Facebook for Device Financing.

It is also leading a strong consortium that has submitted a bid as part of the competitive process for entry into Ethiopia.

Anwar Soussa - the Man Who Will Head Safaricom's Ethiopia Unit